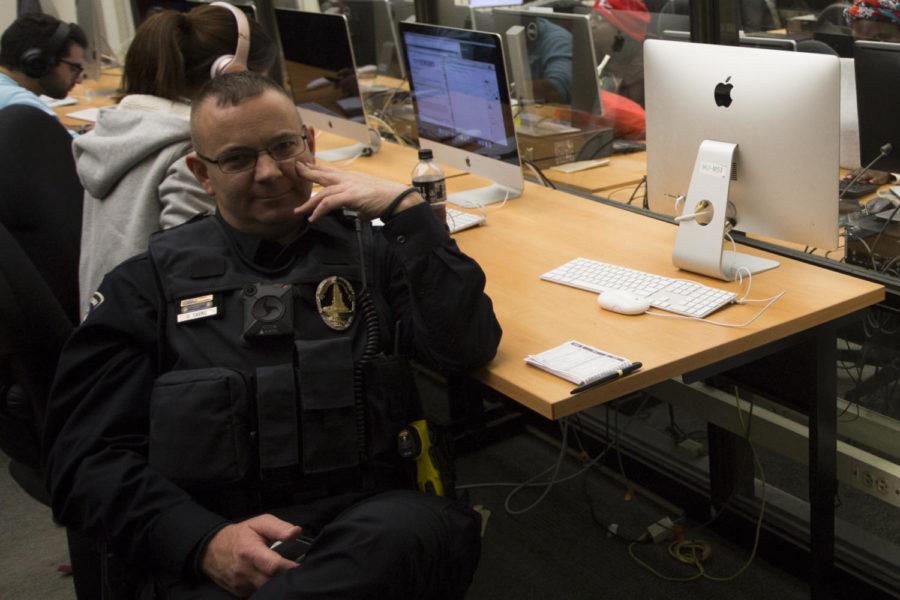 Pitt police charged a student with obstructing administration of law or other government function and tampering with evidence at Hillman Library Tuesday night, according to University spokesperson Joe Miksch.

Miksch said officers were investigating suspicious activity on a computer on the first floor of the library when Derek Jones, a student majoring in anthropology, history and religious studies, walked by and unplugged the computer in an alleged attempt to compromise the investigation.

A senior at Pitt majoring in history and neuroscience who has retroactively requested anonymity was locking up his bike outside Hillman around the time of the incident, and said he saw Jones being led out of the building by what appeared to be two officers and one security guard into the back of a police SUV.

Afterward, the student said he entered the first floor of the library and saw several officers huddled around a computer and speaking with an employee at the help desk before making a phone call. The student said this was at about 6:45 p.m.

“They mentioned something about a girl finding something on the computer that was threatening, and that they needed to look on the hard drive,” he said.

An employee at the first floor help desk, who requested to remain anonymous, said the police took the computer that night to conduct further investigations.