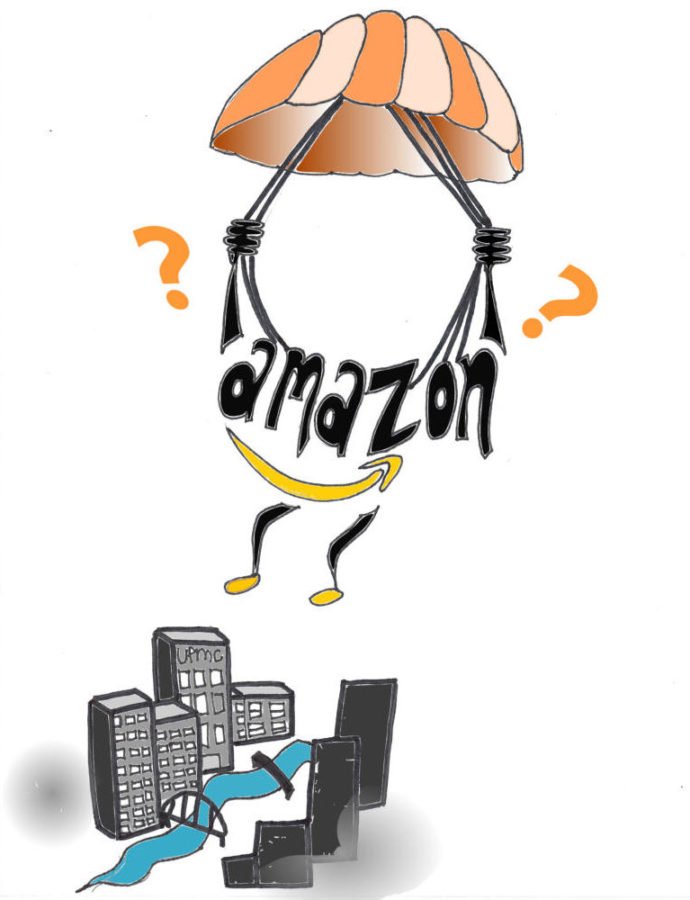 With little more to go on than a slogan, Pittsburghers don’t know what to make of the City’s proposal to house Amazon’s second headquarters.

The online retail giant announced its search for a location in September, and has since received 238 submissions from cities, states and metropolitan areas across North America. Cities responded by offering Amazon a slew of tax breaks and other incentives. But in Pittsburgh, taxpayers are being left in the dark on what the City’s elected officials offered the company.

Many cities have released their full bids, such as Boston and Toronto. Others required some more probing — MuckRock, a news website that specializes in submitting public record requests, has obtained more than 30 proposals from the 166 requests it has submitted so far.

In Pittsburgh, investigative news website PublicSource submitted multiple requests for information about the bid, including emails between the mayor and his chief of staff — usually considered public record — and proposed locations for the Amazon headquarters. After five weeks of silence, the City, state and county notified PublicSource the requests had all been denied. WTAE also submitted requests for information, which officials denied.

Other regions are touting plans to build tri-city hyperloop corridors, or making potentially massive financial decisions like Chicago’s plan to allow Amazon to keep the over $1 billion in income taxes its workers would have to pay to the city. Pittsburgh, on the other hand, has merely released its slogan — “Future. Forged. For All.” — and a website touting the City’s flashiest accomplishments.

The slogan simply doesn’t ensure the City’s plan is inclusive for all Pittsburghers. And in response to news organizations information requests, the Pittsburgh Regional Council Partnership issued a statement defending the decision.

“This is a competition with more than 200 other communities nationwide,” the statement read. “We believe not disclosing the details of our playbook provides a competitive advantage.”

The City has the right to make a legal case to deny the requests — but it is clear maintaining a “competitive advantage” doesn’t supersede public record laws or the public’s right to know. Decisions concerning potential multimillion-dollar tax breaks shouldn’t be secretly left to a few officials without any chance for public input and criticism.

Pittsburgh did sign a non-disclosure agreement with Amazon as part of the bid, which Kevin Acklin, Mayor Bill Peduto’s chief of staff, said prevented the City from releasing the bid. But while the non-disclosure stops the City from sharing confidential information Amazon provided cities to prepare their bids, it doesn’t stop other cities that also signed NDAs from telling residents what they’re offering the company — like Boston’s proposed $500 million tax break, or Toronto’s decision to focus on education investment rather than tax breaks.

Amazon could bring substantial economic growth to Pittsburgh — that much is undeniable. Promising 50,000 jobs and hoping to rival the $38 billion its first headquarters has brought Seattle since 2010, it’s a lucrative deal.

But if we don’t know what’s in the plan, this seemingly lucrative deal could in fact harm the city. Critics warn Amazon could have negative impacts in addition to whatever positivity the deal might bring, from increased rent to decreasing diversity in tech.

Without more information, how can the public weigh these potential positives and negatives? The slogan isn’t enough.