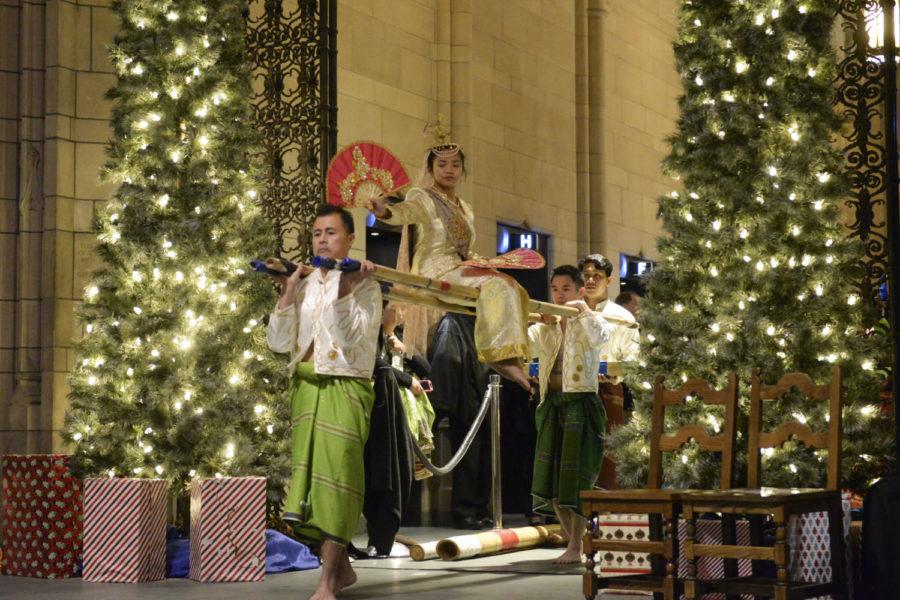 Adorned with Christmas decorations, filled with the aroma of food and ringing with music and conversation, the Cathedral’s atmosphere matched that of a holiday bazaar.

The Nationality Room and Intercultural Exchange Programs hosted their 26th annual Holiday Open House Sunday from noon to 4 p.m. in the Cathedral of Learning. The event — held every year on the first Sunday in December — draws an average of 3,000 participants from the Pittsburgh area.

The task force is comprised of the Filipino American Association of Pittsburgh, the Philippine-American Medical Society of Western Pennsylvania and the Philippine-American Performing Arts of the Greater Pittsburgh Area. Fundraising for the room began in 1999, but after reaching about 50 percent of their goal in 2010, plans for the room were halted because of in-fighting caused by changes made to the FAAP’s bylaws. Between 2012 and 2015, the task force was able to reconcile these differences.

Since the end of 2015, the task force raised the other half of the funds — about $300,000. Abola said construction for the Philippine room is expected to start in May 2018 and should be completed by late fall of the same year.

The room’s design is inspired by a specific 18th century Filipino architectural style called “Bahay na Bato,” popular the time period when the University was founded. Abola said the design reflects the strong Spanish influences on the country during that time and said certain elements of the design add to the authenticity of the room.

“The windows aren’t transparent … they are made of Capiz shells,” Abola said, gesturing to a photo of the design for the room. 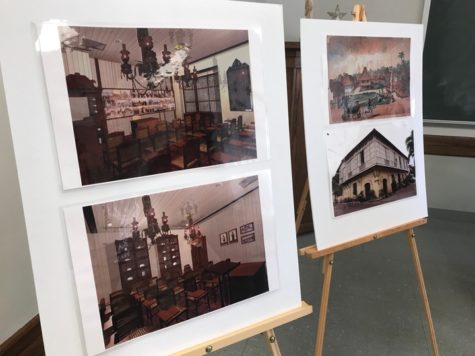 Flat and translucent, Capiz shells help filter the harsh tropical sunlight, Abola said, and are more durable than glass in the Philippines, a country prone to earthquakes. The shells, which are native to the Philippines, are also used for jewelry and decorations.

There are currently 30 constructed Nationality Rooms in the Cathedral, which are located on the first and third floors. Other than the Philippine room, there are currently plans for two more — the Finnish and Iranian rooms — which have no set timeline for completion, according to Cristina Lagnese, committee relations and scholarship administrator for the Nationality Room and Intercultural Exchange Programs.

From start to finish, the process of approving, funding and building a Nationality Room takes an average of 10 years. There is a limited amount of space available for these rooms to be constructed, and 33 rooms might be approaching the limit, Lagnese said. 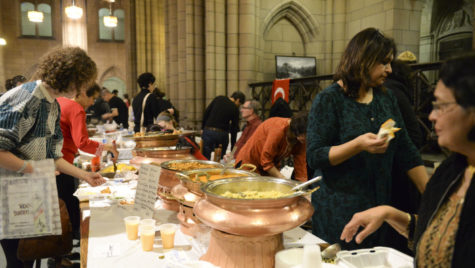 A variety of ethnic foods were served in the commons room of the Cathedral of Learning during the annual Nationality Rooms Holiday Open House. (Photo by Elise Lavallee | Contributing Editor)

Each Nationality Room has a committee, and the committees that participate in the open house sell food and merchandise authentic to each committee’s respective country. The money made from these items is then contributed to that committee’s scholarship fund. Local vendors from the area, with some cultural relation to a committee, also participate in the event, donating 25 percent of their profits to the scholarships.

“It’s a celebration with an academic root behind it,” Walter said. “Over 50 students were able to take advantage of the summer study abroad programs this past year.”

In each Nationality Room, a member of Quo Vadis wore traditional attire respective to their room, informing visitors about the country’s culture and holiday celebrations.

“I was interested in the Nationality Rooms, and when I heard you could be a tour guide, I decided to sign up,” Carlson said.

According to Carlson, the Holiday Open House and Halloween tours are two of the most fun events members of Quo Vadis get to participate in, and co-tour guide Brynn Anderson, a first-year microbiology major, agreed.

“Halloween tours are really fun because we tell scary stories from the room’s country,” Anderson said. “But telling Christmas stories is fun too.”

Nettie Semethy, a member of the Austrian Room committee and a 1960 Pitt graduate in business education, has been helping with the Holiday Open House for more than 10 years. Beside being part of the committee and working with some of her friends, including alumni from her graduating class, she likes how the open house is a unifying event for the entire community.

“It’s great coming back [every year] and seeing the people I know,” Semethy said.