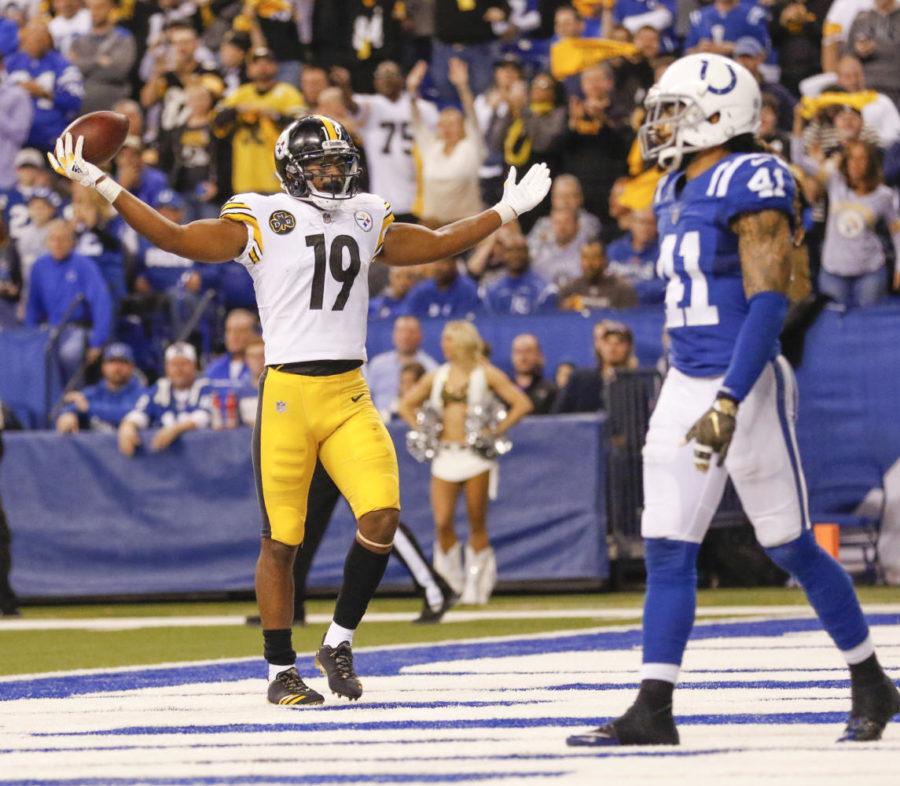 It seems like the National Football League won’t leave the headlines.

The week 13 game Monday night between the Pittsburgh Steelers and the Cincinnati Bengals turned violent, resulting in a potentially life-altering spinal injury for Steelers’ linebacker Ryan Shazier and multiple players’ ejections for violent hits and taunting.

America has also been embroiled in a heated national debate surrounding NFL players’ right to protest the national anthem — a gesture started in September of 2016 by Colin Kaepernick, former San Francisco 49ers quarterback and recent recipient of awards for bravery and courage from both Sports Illustrated and the American Civil Liberties Union. Kaepernick kneeled for the “Star-Spangled Banner” in protest of police brutality, primarily toward African-American men.

And the controversy is still alive — mostly thanks to President Donald Trump, who in September of this year said NFL owners should take anyone who protests the national anthem off the field.

Trump — and many of his supporters — were exceedingly angry about players kneeling in protest of police brutality. But what Monday’s injuries and ejections demonstrated was that while the NFL begins to handle its political problems, the league and its fans — and perhaps the sport itself — need to consider player safety just as much.

The problem largely surrounds the extraordinarily high rate of chronic traumatic encephalopathy found in NFL players, a degenerative brain disorder linked to repeated blows to the head. CTE is a very real problem — a groundbreaking 2017 study found indicators of the disease in 111 out of 112 brains of former NFL players. The positive bias of the study is obvious, as the brains were primarily donated by families of players who exhibited symptoms of CTE, but the problem remains. NFL players risk their lives and mental futures when playing, largely because the game fosters this violence — something former players even recognize themselves.

“The injuries and violence we have seen tonight is more of a concern for the future of the NFL than protests,” former New York Giants linebacker Geoff Schwartz wrote in a tweet. “The violence isn’t going away.”

Repeated blows to the head are common in football, and injuries are regularly the result of helmet-led tackles — much like the one that led to Shazier’s injury. He lunged headfirst into the tackle, his legs appeared to go limp, and he grabbed at his helmet when he hit the ground before pointing at his waist and back. He left the field in a stretcher.

But there’s no public outrage. Shazier — and any player, in any game of the season — could have faced a life-altering and career-ending injury, yet the primary controversy surrounding the NFL is still whether players should boycott the national anthem.

With a growing body of evidence pointing toward serious health risks to playing football at any level, it’s clear the game is set to undergo a series of radical changes. But if those changes don’t primarily focus on player health, football as we know it — anti-anthem controversy included — might simply cease to exist.