No timeouts: Balling over break 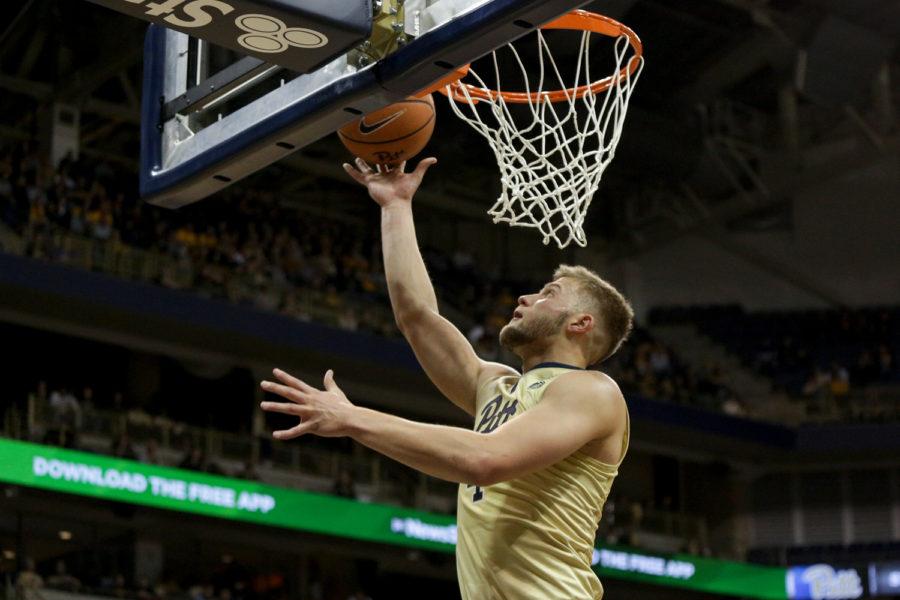 Being a Division I athlete comes with undeniable perks — official gear, tuition aid and the chance to be on television. But athletes miss out on a lot — including enjoying a full winter break of relaxation and family.

“That’s one of the sacrifices you have to make if you want to play Division I basketball,” Ryan Luther, a senior forward on the men’s basketball team, said. “You’re going to be away from your family on holidays.”

Luther’s teammates on the men’s team, along with the women’s basketball squad, will be busy over winter break, transitioning from non-conference to competitive ACC play. Both teams will face six opponents before the spring semester starts Jan. 8.

The men’s team has games scheduled against McNeese, Delaware State and Towson before starting conference play with games against No. 10 Miami, Louisville and Virginia Tech. The women will play Penn State, Bucknell, Virginia, Chicago State, Wake Forest and UNC.

Spending less time worrying about academics gives the players considerably more time to focus on basketball. This could be especially useful, as both teams are at a point where they could use momentum heading into tough ACC play.

Luther focused on the positives of the short vacation. He sees the break as a time to improve as a team.

“Everybody’s only commitment is going to be the team,” Luther said. “It’s a chance for us to really get better not only on the floor, but off the floor.”

The team will spend most of its holiday season with each other — Luther said they plan to make the most of it.

“Our coaching staff does a really good job of planning some fun stuff off the floor, whether it’s going to the movies or going out to eat, and I think it’s good for team bonding,” Luther said. “We try to get together as a team because we’re most likely the only people on campus.”

The team has no specific plans to celebrate the holidays together over the break, but junior forward Jared Wilson-Frame said the team will be together all the time while they’re still on campus. Wilson-Frame isn’t bothered by the brief holiday break. He sees it as a positive for everyone on the team because of the extended time the players will get to spend on the court.

“It’s definitely a good thing,” Wilson-Frame said. “Everyone here came to play basketball knowing that this is kind of going to be your lifestyle.”

Despite the hectic schedule, the men’s team will have a chance to celebrate Christmas at home for a few days, as their last game before the holiday will be on Dec. 22, and their first game after will be Dec. 30.

“We will have a couple days off for the holiday so if people want to see their families, they’ll have that opportunity for Christmas,” Luther said. “Some guys are fortunate enough to live close, but other guys are really far away, and that’s just a sacrifice you have to make.”

One of the most important changes in the season for both squads is going from non-conference to ACC play. The women’s team will start their first ACC game right before the new year —  Dec. 28 — at Virginia.

“We prepare for each team the same,” junior center Kalista Walters said. “We take the competition seriously the whole season no matter who we play, whether we are an underdog or not, we stay consistent.”

Kyla Nelson, a first-year guard, said the extra time to train over the break is exactly what the team needs.

“I think it’s definitely essential,” Nelson said. “One, because of all the food over the holidays and trying to run it off. But also we have to stay sharp so it’s understandable that we have to keep practicing during the winter break, and it means that when finals do come later in the semester it is more manageable.”

Nelson won’t have time to travel home to England over break. Instead, her family will be flying out to see her. She said she’s excited to show them the city she now lives in.

“[I want to] go out and explore Pittsburgh more because I haven’t been able to do that really,” she said. “I definitely want to do that when they come.”

Reaching this level of competition requires serious commitment and sacrifices. Players on both teams understand what that can mean.

“It’s always hard to choose between spending time with your family and playing basketball,” Walters said. “But I think that’s the choice you have to make when you play D1 basketball.”