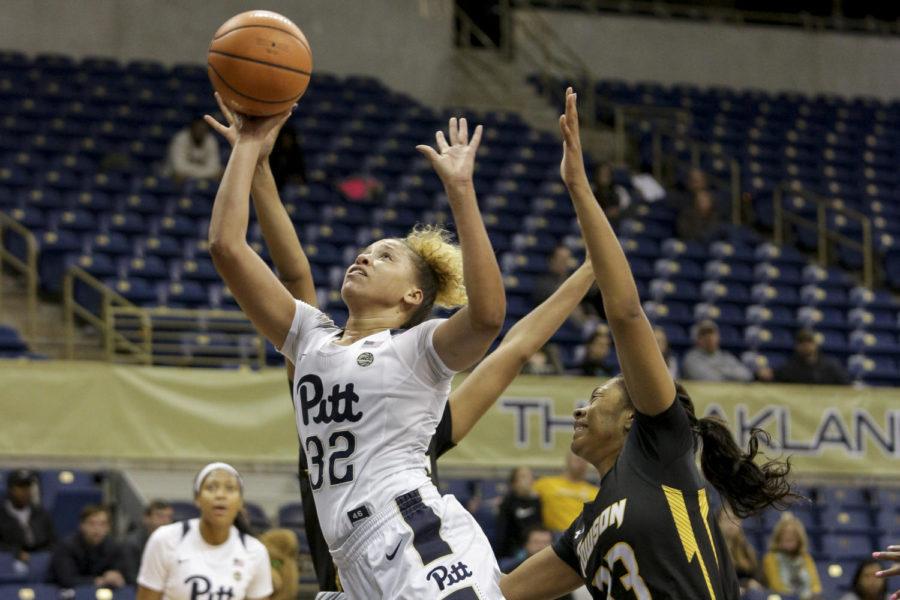 By Alex Lehmbeck, For The Pitt News

The Pitt women’s basketball team came within one point of North Carolina before a heartbreaking 68-67 defeat on Sunday. Pitt’s most recent loss was its second in a row and fourth of the winter break.

The Panthers are now 8-8, going 2-4 during the break. They earned wins against Bucknell and Chicago State, but stalled against Virginia, Wake Forest, and North Carolina, putting their ACC record at 0-3 shortly after the new year.

The Panthers traveled to Charlottesville on Dec. 28, for their first ACC bout of the season against the Virginia Cavaliers. The team got off to a slow start — falling behind by 16 at halftime — and really showed no signs of life until the fourth, when they went on a 11-0 run to cut the deficit to 8.

Still, the Cavaliers shut down the freshman guard Pika Rodriguez for the rest of the night to come out with a 62-50 victory. Rodriguez, who fueled the Panthers’ comeback with five three-pointers off the bench, was held to only one shot attempt in the final eight minutes.

Rodriguez has made an immediate impact in her first year. As evidenced in the Virginia game, her sharpshooting can provide a spark off of the bench for the Panthers. Her 48 percent three-point field goal percentage ranks fifth in the NCAA, and best in the ACC.

Following the loss to Virginia, Pitt responded with a dominant 87-49 win over a winless Chicago State team on New Year’s Eve. Junior Kalista Walters had a historically significant night, finishing with 24 points on a perfect school record 12-for-12 shooting. Walters became one of four ACC players ever to make all 12 field goal attempts in a game, the last being Duke’s Sheena Mosch in 2001.

“I’m proud of Kalista,” Pittsburgh head coach Suzie McConnell-Serio said after the game. “I said her career high was not as important as the 12-for-12 being a school record.”

Walters has been Pitt’s most valuable player midway through the season. Her spectacular 67.9 percent field goal percentage ranks third in the country, and best in the ACC. Walters is also fourth in the ACC in blocked shots with 29.

Pitt has otherwise struggled offensively this year. They rank 254th in the nation in scoring offense, averaging only 62.2 points per game. And despite Walters’ efficiency, the Panthers have the ACC’s second-worst field goal percentage of 39.8.

As lackluster as the Panthers’ offense has been this year, they have shown strength on the defensive end, which has kept them close in most of their losses this season. Pitt ranks 18th in the nation in points allowed per game with 55.3 points per game, third in the ACC behind only Duke and Clemson.

Junior forward Kauai Bradley earned a spot in Pitt’s starting lineup thanks to her defensive presence. She leads the team with 1.9 steals per game.

As the season continues, the Panthers will likely give some of the dominant ACC programs scares. Sophomore guard Jasmine Whitney has embraced her role as the team’s primary ball-handler, posting an impressive assist-to-turnover ratio of 2.24 this season and showing her scoring capabilities with a career high 21 points in the loss to North Carolina.

If a hit-or-miss Panther offense can step up to the standard of their defense, Pitt can compete with any team on any given night.