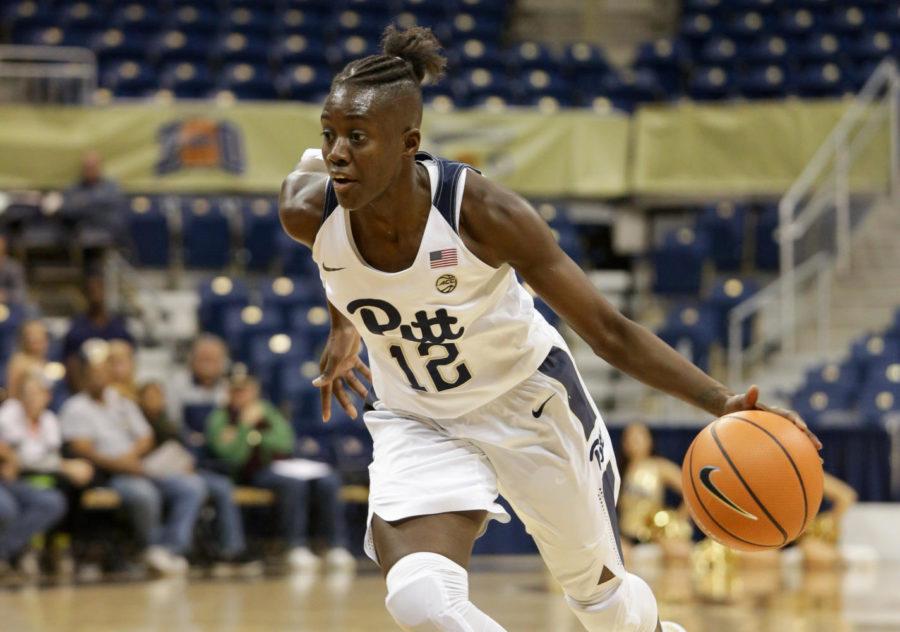 The Pitt women’s basketball team walked off the court with a losing record after falling to Virginia Tech, 89-66, in Thursday night’s road game at Cassell Coliseum in Blacksburg, Virginia.

The Panthers (8-9 overall, 0-4 ACC) started the game with the first basket, but it didn’t take long for the Hokies (13-4 overall, 2-2 ACC) to take control of the game. Pitt redshirt junior Yacine Diop contributed the most for the Panthers in scoring, posting 23 points in her 34 minutes of playing time. For Virginia Tech, junior guard Taylor Emery led the team with 22 points.

Pitt junior Kalista Walters started the Panthers off with a jumper, but the Hokies responded with a layup only 20 seconds later. From there, Virginia Tech continued pulling ahead and led the Panthers 15-10 by the first media timeout.

When the Panthers returned from the break in play, first-year guard Kyla Nelson nailed a 3-pointer to close the deficit. Emery retaliated with a matching three, which led the Hokies on an 8-point run.

The teams went back and forth with scoring in the final minutes of the first quarter. Pitt nearly had the final basket of the period, but Emery made a layup in the final second to put Virginia Tech up 33-20.

The second quarter opened similarly to the first, with the Panthers recording the opening points. This time, though, Diop had the first basket after she drove to the basket for a layup. The Hokies’ offense wasn’t thrown off, and by the media timeout they scored nine points and held the Panthers to four.

The Panthers were in a four-minute scoring drought and had less than half the points of the Hokies with 2:29 remaining in the quarter. Diop ended the dry spell with a jumper, but after the final minutes played out, Pitt entered halftime down 53-31.

The two teams nearly matched points — Pitt with 16 and Virginia Tech with 14 — in the third quarter, but this helped the Hokies maintain a massive lead. Pitt closed its deficit in the first half of the quarter, scoring 12 points to Virginia Tech’s six and making the score 59-43.

But the Hokies led the second half of the third period, posting eight points to the Panthers’ four. The final minute of the third quarter remained scoreless for both teams and closed at 67-47.

The Hokies continued to run with their lead in the final quarter, but the Panthers’ final 19 points weren’t enough to spark a comeback, as the Hokies’ domineering offense maintained steady progress. Redshirt junior forward Regan Magarity starred for Virginia Tech in the closing quarter, leading her team with eight points — six of which came from 3-pointers.

The Hokies pulled away to a 28-point lead after a layup from junior forward Alexis Jean with 5:12 left in the game to put the game at 80-52. Even with a win out of reach, Pitt continued driving to the basket and scored 14 more points in those last five minutes.

A final bucket from Virginia Tech closed the game out at 89-66 and marked the third loss in a row for Pitt.

The Panthers return to the Petersen Events Center Sunday, Jan. 14, to host Georgia Tech at 2 p.m.