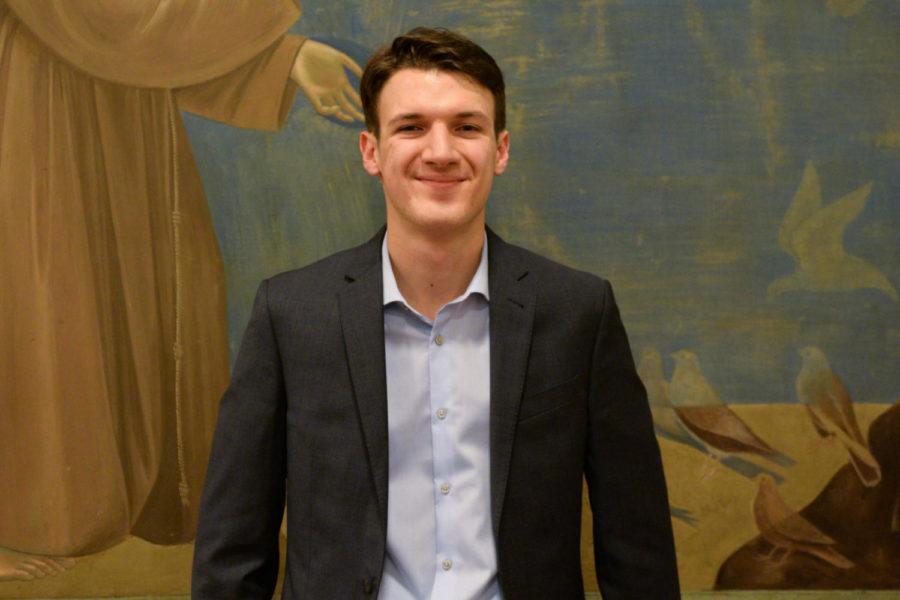 When 47-year-old Jason Swauger suffered a partial tear of his hamstring from a split gone wrong during the filming of “A Tap Dancer Murders Her Father,” student director Caleb Porto didn’t want to continue.

“Even though he was fine, I was so done with the film. I didn’t want [another injury] to happen,” Porto said.

Swauger — who plays William, the father in the film — said he felt the pain for months after the final shoots in June. Swauger thought he had broken his whole leg, but he persevered nonetheless, insisting to senior mechanical engineering major Porto that the crew  go through two more shots.

“I’m also a stubborn person — everyone’s telling me not to continue to dance, and I was like, ‘No, I came here to do this and I’m gonna finish this,’” Swauger said.

The 12-minute student film, which was shot and edited throughout June 2017, premiered in the Frick Fine Arts building Thursday night with about 50 people in attendance. The plot follows the relationship between the only two characters in the film: William and his daughter Lauren, played by 25-year-old Layne Bailey. It is set at the turn of the 20th century and is mostly filmed in the father’s bedroom.

The first scene introduces Lauren, frustrated with her father’s disapproval of her lover, Henry, as clarinets play in the background. Bailey said this scene shows how her character, Lauren, feels — that her father is purposely making her miserable by keeping her from what gives her joy in life.

“She feels that he doesn’t acknowledge her presence. They don’t connect on any purpose … she doesn’t see any other way out than to actually kill him,” Bailey said.

After writing a letter to Henry, Lauren walks to her father’s room to murder him. However, her plan is foiled when the vibrations made by her tap shoes cause a glass of water on her father’s nightstand to fall and abruptly wake him up. Junior mechanical engineering major Eli Kauffman said this is his favorite part.

“I think the scene where she comes in and puts that one foot on the floor and it’s a tap shoe, I think that part is hysterical, it cracks me up every time,” Kauffman said.

Although not a parent himself, Swauger said he can still make connections between the relationship William and Lauren have to the relationship he has with his own mother, who is also a tap dancer.

“She tap danced her whole life, and then we finally got to tap dance together when she choreographed one of my shows, so it was almost exactly the same as the film,” Swauger said. “It was the coolest thing, and it was very much like the father-daughter relationship.”

The film continues with the father explaining to Lauren, who hid her murder weapon behind her back when he woke, that he was a tap dancer as well but stopped because of his wife — Lauren’s mother — who is implied to have died. The film ends as the dance does — with the father dying from a weak and exhausted heart.

Porto said he submitted the film to five or six different film festivals, such as Ann Arbor and Flagler, the latter of which nominated the film in three different categories — best director in Anything Goes Dark, Indie Auteur and Most Creative.

Porto said he got the idea after noticing the lack of — and usual insignificance of — tap dancers in most films. He met Kauffman in a mechanical engineering class and pitched the idea to him there.

“One of the first things we talked about when we first met each other was this film, this idea for this film and so it’s been something that like is amazing to had happened,” Kauffman said. “There was absolutely no hesitation in doing this project.”

Porto later asked junior film and communications major Sam McCoy, whom he knew from a dance film of hers he helped her make last spring, if she would choreograph the film. McCoy agreed to being a part of Porto’s film because of how interesting and creative the script was.

UPTV station manager Cassidy Fischer, a senior film studies and communications major, came out to see the film produced by her longtime friends — McCoy, Porto and Kauffman. She said it was great to see them coming together on a film.

“I know all of their talents individually, so being able to see them together was wonderful,” Fischer said.

McCoy said the stress surrounding the crew and actors — who filmed the entire movie in three days — was immense, but to her that indicated the film would be successful.

“The stress is bad — it’s toxic, of course — but if you’re stressed out about something it means that you love something and you’re passionate about it,” McCoy said. “If it doesn’t make your heart beat faster, even if it’s in a stressful way, it’s not worth doing.”