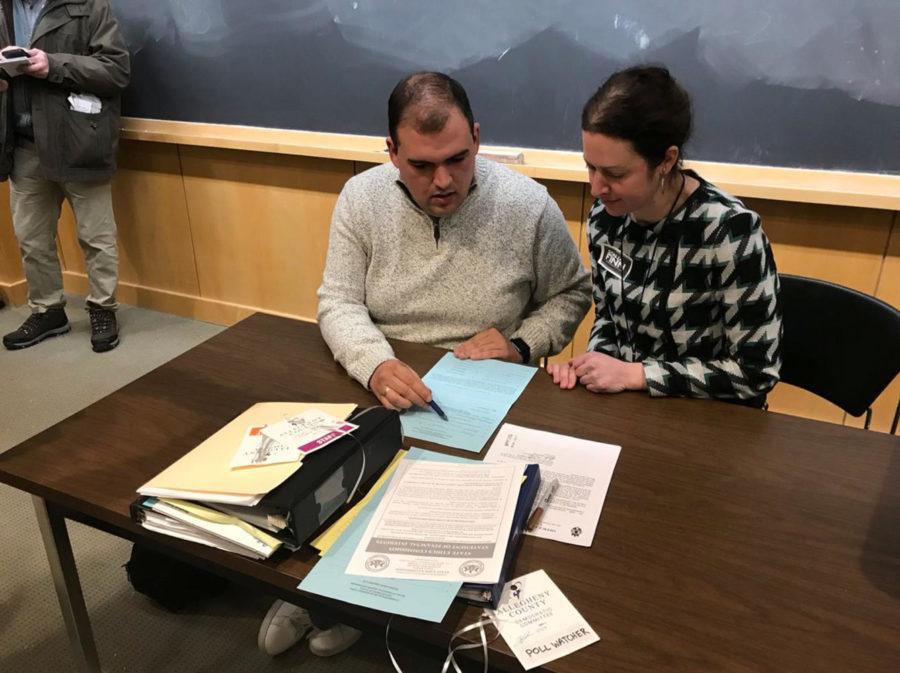 Sonja Finn, 38, was nominated Sunday afternoon to run as the democratic candidate in the District 8 City Council seat special election.

With no contest from a republican candidate, Finn is expected to run against Erika Strassburger and Marty Healey in the special election March 6. Though in the past the democratic-endorsed candidate usually earned the seat, Strassburger could pose a potential threat to Finn’s election.

Members of the Allegheny County Democratic Committee residing in District 8 were eligible to vote from 10 a.m to 2 p.m Sunday, Jan. 14, in Sanger Lecture Hall at Chatham University. Of 73 eligible members, 47 showed up to cast their ballot.

She lost to Finn by seven votes Sunday, but declined to comment on the voting process for the special election nomination following Sunday’s results.

“I feel I am the best prepared and most qualified for the position,” she said in an interview after the vote.

Healey — who received zero votes for the party nomination — left immediately after the announcement. He informed The Incline earlier last week, though, he will continue to run as an independent.

Finn earned her undergraduate degree in Sociology with a focus in urban planning from Columbia University in 2001. According to a statement from her website, Finn’s campaign is committed to “strategic development, quality public education, and employee welfare to ensure Pittsburgh is a place where all its citizens, new and old, have the opportunity to thrive.”

Chelsa Wagner, County Controller of Allegheny County and 2005 Pitt Law alumna, assisted with Finn’s campaign. She previously served southern and western neighborhoods of Pittsburgh as a member of the state House of Representatives from 2006-2011.

“My goal is to get good leadership into office, and any one who knows Sonja knows she is a strong female leader,” Wagner said.

She will continue to help with Finn’s campaign through the election on March 6.

This election will take place during Pitt students’ spring recess. Any student who wishes to vote in the special election — but will be out of town on election day — should submit an absentee ballot by 5 p.m. Tuesday, Feb. 27. More information on absentee voting can be found at votespa.com.

“I’m really, really honored,” Finn said after the announcement of her nomination. “People agree with me, and they agree with my message.”

Votes for the District 8 City Council seat are currently being counted in the Sanger Auditorium at Chatham University. Only 2 out of 3 of the candidates received any votes at all. @ThePittNews

Erika Strassburger confirms that she intends to continue her run as an independent. Commenting that she’s “the best prepared and most qualified for the position.” @ThePittNews