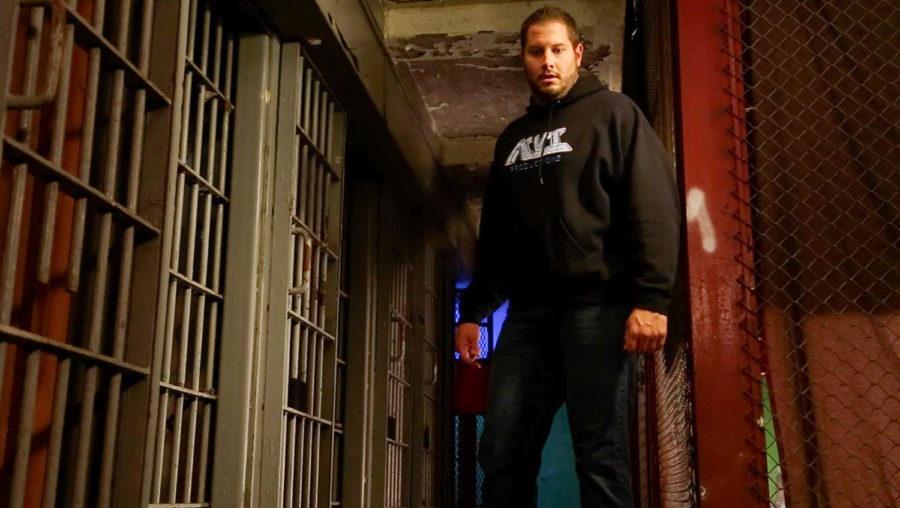 When a friend offhandedly suggested that Brandon Keenan — a 2005 graduate of Pitt’s media communication program — research the strange topic of body farms, he quickly discovered a potential story unfolding before him.

Keenan, 34, has now seen the production of his first feature film, a psychological thriller called “Body Farm,” become a reality more than a decade later — serving as screenwriter, producer and co-director alongside fellow Pitt alum Nick LaMantia, 30. The Pittsburgh community will be able to view the screening of “Body Farm” Jan. 23 at the Oaks Theater in Oakmont.

“We’ve just done baby steps the whole way through all this,” Keenan said. “We’re just going to keep that pace and just keep trying to do all the right things to have this be a successful production.”

Set in a nondescript mountain town in Pennsylvania, the story follows the investigation of a human decomposition research facility, commonly known as a body farm, by Justyne — a videographer for an independent film company — played by actress Genevieve Weiss. During her investigation, she sends footage remotely to her company revealing discoveries of several gruesome truths. When Justyne’s co-worker and love interest Erik — played by Keenan — realizes where she went, the plot begins to unfold.

“[Erik is] a worrywart a little bit, but he also has an angry side to him,” Keenan said. “He can easily go off the chain sometimes and let his mouth get the best of him.”

The film’s company includes 42 actors, who are almost entirely from the Pittsburgh area — not including Richard Christy, a staff member from The Howard Stern Show often recognized for his cameo in Marvel’s “Guardian of the Galaxy Vol. 2.” Behind the scenes, a 45-member crew worked to make sure the cinematography heightens the film’s horror and excitement.

Body Farm was independently funded by Keenan, so he and LaMantia found creative ways to cut expenses — building movie sets in their own basements and filming diner scenes at the local Rivertowne Pour House before they opened up shop for the day.

Principal photography for “Body Farm” started in spring 2015, when the cast and crew met to shoot and edit 13 minutes of the original script — roughly 13 pages of the 125 pages written. This miniature trial for the film went smoothly, which encouraged Keenan and LaMantia to continue shooting more of the movie, but with a revised script of about 80 pages instead. Shooting one or two days per month, the crew was able to finish filming by summer 2017.

As one of the most vital members of the crew, Director of Photography Steven Croner — a 28-year-old resident of South Side from Somerset County — relied heavily on the shooting schedule laid out by the directors. Simply put, Croner oversaw how and what the audience will see on screen — though getting the perfect lighting and angle is much more complex than what the viewers in their seats might think.

“If there was a conversation between two characters, we would have to map out how to capture each character and how they’re interacting with each other,” Croner said. “We wanted to come up with creative ways to incorporate the camera into the conversation — to tell a story through the camera motion with how the camera interacts with the characters.”

Since the film was shot in multiple locations throughout the East Coast, Croner recalls having to carry his own equipment around with him as he traveled from New York City to as far as the mountains of North Carolina.

“There was definitely a lot of time spent setting up, taking down and moving around things,” Croner said. “But it was all worth it.”

Croner said one of his favorite places to shoot was the West Virginia State Penitentiary. With his assistants, Croner had freedom to work with the creepy vibe of the space — utilizing the prison cells in unexpected ways to provide the audience with the real-life sensation of being trapped in a prison cell.

“It was kind of a surreal feeling to be able to shoot in this old prison that had a creepy vibe to it, which definitely fit in with the theme of the film,” Croner said. “We got to do our own thing, like putting up a big cover to drape over the windows and lighting it to make it look real, giving it that horror vibe.”

Though Keenan and LaMantia both own and operate their own film and video production companies — KVT Productions and Nickel 17 Films, respectively — their media careers began at Pitt. Starting as sports director of WPTS radio station and staff writer for The Pitt News, LaMantia has since acted in several feature-length films, such as “Everyone Must Die!” and “All Saints Eve.” He has also directed multiple short films himself — his first being “Self Obscurities.”

Keenan has done some acting work as well, and co-wrote a short film called “Boz” with LaMantia in 2010 — his first experience directing. He described the production of “Body Farm” as a learning process — improving his editing, audio and color correction skills by collaborating with other crew members and doing research online.

According to Keenan, this collaborative spirit, combined with the extended time frame for shooting the film, caused the cast and crew to form close bonds with one another.

“When we yelled ‘cut’ you would never know that we were making a horror film, because we were all laughing and having such a great time,” Keenan said. “It was a surreal experience from beginning to end.”

The cast and crew of “Body Farm” wrapped everything up for the film Jan. 13, 2018 at 4 p.m. With a trailer and behind-the-scenes footage now available, the anticipation for the films premiere Jan. 23 grows throughout the Pittsburgh community.

“It’s definitely a labor of love. We want to share it with our community and show what we are capable of doing and to inspire others to do the same,” Croner said. “This project started with just an idea, and here it is. We’re almost at the premiere ready to show it off to the world.”