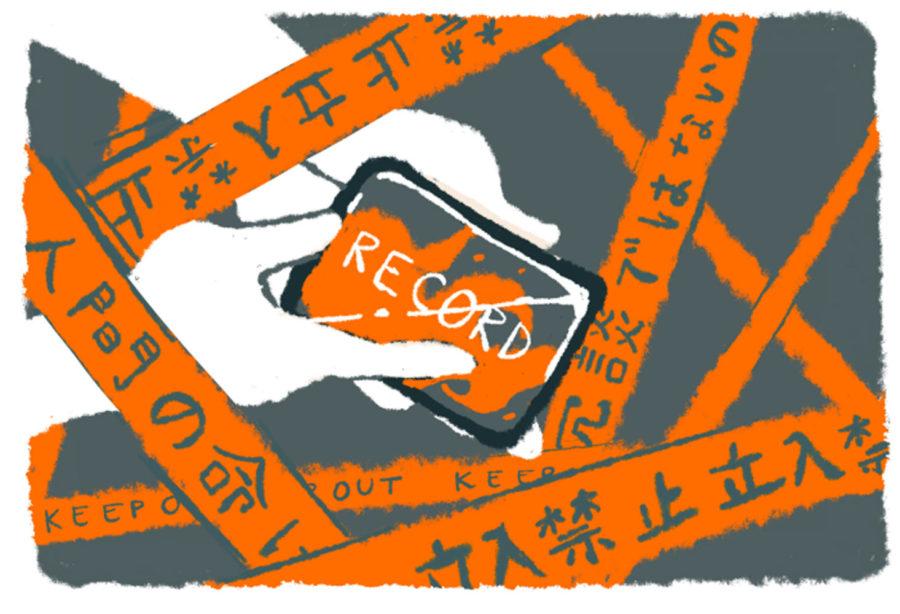 Since the beginning, the internet has been home to the most disgusting parts of pop culture. But recently, a crackdown on bad behavior on one of the internet’s biggest sites seems to be sparing its stars.

Popular YouTube vlogger Logan Paul posted a video Dec. 31 of him and his friends exploring Aokigahara — a forest in Japan where people often travel to commit suicide. While exploring, Paul found a man who had killed himself — the video’s thumbnail even showed the body.

The video quickly trended on various social media sites. The internet was furious about the video. “The worst part is Logan Paul’s cult fan base is little children. Who just watched their idol laugh and joke as someone ended their life. Garbage person,” Scottish actor Francis Maxwell said on Twitter.

Before Paul removed it, his video managed to remain trending on the platform for a full 24 hours. However, the website’s guidelines don’t allow for disturbing or disgusting content without at least some age restrictions. As public outcry intensified, YouTube cut business ties with Paul, removing him from the upcoming season of the web series “Foursome” and a premier ad service called Google Preferred.

Obviously, Logan Paul’s actions were disrespectful and stupid. Paul may have the freedom of speech to upload a video of a dead body, but he faced the consequences for that decision. Yet YouTube is still allowing high-profile bloggers, such as Paul, to get off too lightly for misbehavior. The people running the website need to do more to uphold the site’s quality standards and a basic level of decency.

Smaller YouTubers agree that the site has a lenient attitude toward the platform’s biggest stars. Pitt marketing major and YouTuber Ekeni Abakah suggested in an interview that YouTube’s response to Paul’s indiscretion wasn’t one of sincere disapproval.

“I’ve felt that YouTube’s response was solely based on public backlash,” Abakah said. “Now that the backlash has stopped, I feel like the bleeding for Logan has ended, and it’ll be a slow return to normalcy.”

It’s not just Paul who is at fault for this. YouTube should have known better than to let a video of a dead body stay up. The fact that this video was trending for several days with no attempt from the company to take it down shows that YouTube was more concerned about money than basic decency. YouTuber Samuel Weber, an English and communication major at Pitt, agreed with Ekeni in another interview.

“For the blatantly wrong stuff, I believe there should be hard guidelines,” Ekeni said.

“YouTube should be held accountable for making the video as popular as it was, though,” Weber added.

Paul may be the face of the issue right now, but he is not the only problematic user on the video-sharing website. Other YouTubers have landed in scandals that are just as bad, if not worse. Zoella, Sam Pepper and DaddyOFive have all taken flak from the internet over poor decisions and controversial statements. Despite this, YouTube has allowed their channels to stay up — with little or no official repercussions.

Another famous YouTuber, Swedish gamer PewDiePie, landed in hot water last year after repeatedly posting videos containing anti-Semitic attacks and racial slurs — but he still made $12 million last year from his posts on the website. YouTube ignored its own standards and let PewDiePie go unpunished, while at the same time continuing to profit from ad placements on his video channel.

Of course, ad revenue from YouTube alone is not enough for most people to make a living. Most of the money YouTubers earn — and consequently the biggest incentive for good behavior — comes from monetized in-video ads placed by YouTube’s administrators. But all of the YouTubers I interviewed agreed the monetization system is flawed and allows for abusive and vulgar content to remain prevalent on the site.

“The reality is that it’s not good enough to be a ‘YouTuber’ anymore, especially since YouTube is becoming more corporate,” Ekeni said, suggesting that greater concern for profit has made the site too focused on profits and not focused enough on actual content.

Earlier this month, YouTube promised to enforce higher standards through a stricter vetting process for deciding which channels receive “top-tier” in-video ads, but it appears it had the opposite effect and has harmed smaller channels. Unless a video’s publisher has “at least 1,000 subscribers” and “more than 4,000 hours of their content viewed by others within the past 12 months,” they will not have ads for the video. Although targeted at what the company calls “spammers, impersonators and other bad actors,” this change has actually made things worse for small content creators. Ekeni expressed serious concern about the change, as his channel will no longer be monetized.

It won’t be long before another famous YouTuber does another irresponsible thing on the internet and the loop of apologies and broken promises repeats itself. While elite users like Paul need to use more common sense with their content and statements, YouTube can do a lot to improve its platform so that YouTube monetization does not result in smaller channels having to abide by unreasonable standards that will cripple the success of small YouTubers such as Ekeni.

YouTube can affect what kind of videos are popular on its platform by picking and choosing which channels to give top-tier ads. Instead of giving the ads to the platform’s celebrities regardless of behavior, administrators should work to ensure that the best content — not simply the most shocking clickbait — rises to the top.

Thomas primarily writes about visual media and gaming for The Pitt News. Write to him at [email protected].