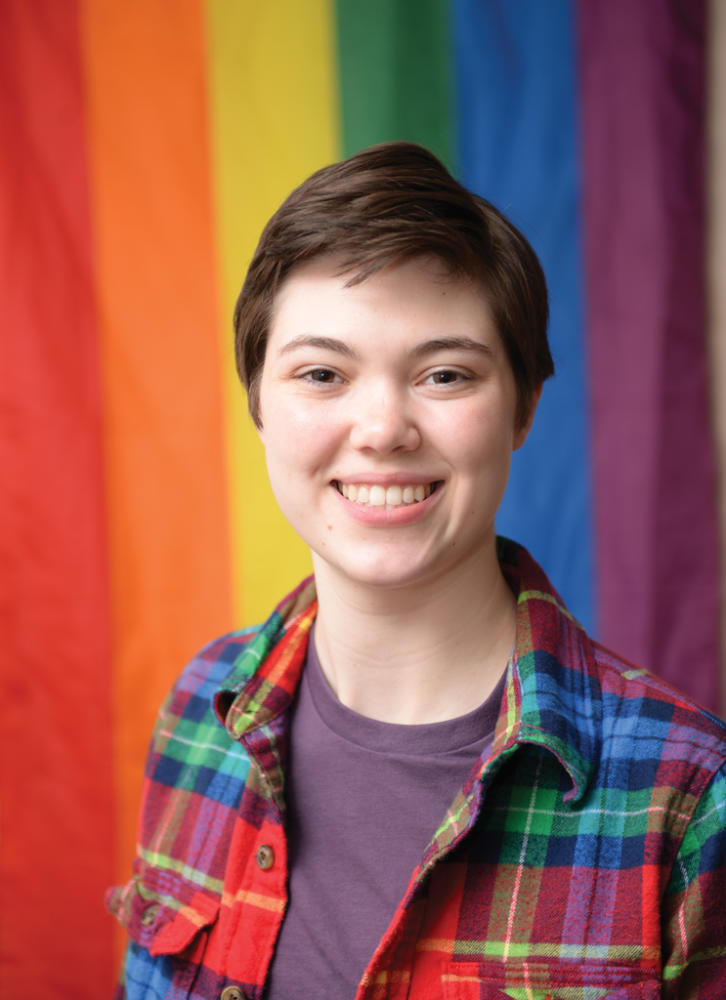 Allie McCarthy came out as gay in 2010, before her junior year of high school, when an exchange with her mother went, “Mom? You know So-and-So? I think she likes me ... and I think I like her, too.”

It was “totally awkward” for her friends and family at first, McCarthy said, but eventually everything was OK.

Now, passing is always on her mind.

Her appearance, gender and the treatment she receives occupy her mind around the clock. McCarthy identifies as a woman but passes for male. Every day brings awkward exchanges like, “Sir, I mean ma’am, I mean … ” or people addressing her and her group of friends as “ladies” when she wants to be treated as masculine.

McCarthy identifies as “trans-butch,” a term she discovered while researching a project on butch and femme communities for a class on queer theory. She preserves her association with womanhood, but not femininity, which can be confusing, she said, and added that her sex and her gender are not the same thing.

“I don’t know if I’ve completely figured it out myself,” McCarthy said. She compares herself to her older sister, Jillian, who’s “super feminine.” McCarthy explains that they’re both women — but not the same gender. She’s also not attached to any pronouns because “none of them really work for [her],” but usually goes by “she.”

McCarthy is of moderately tall stature, and her wardrobe includes flannel shirts, beanie hats, colorful skinny jeans and red-laced combat boots. Generally, she doesn’t subscribe to a lot of the gendered concepts assigned to femininity. She doesn’t want to look feminine and won’t wear clothes that cling to her curves. She chooses to pass as a man and prefers to be treated as such.

“My gender is something I think about like every second of my life, ‘cause it’s something that’s such a big part of human interaction,” she said. 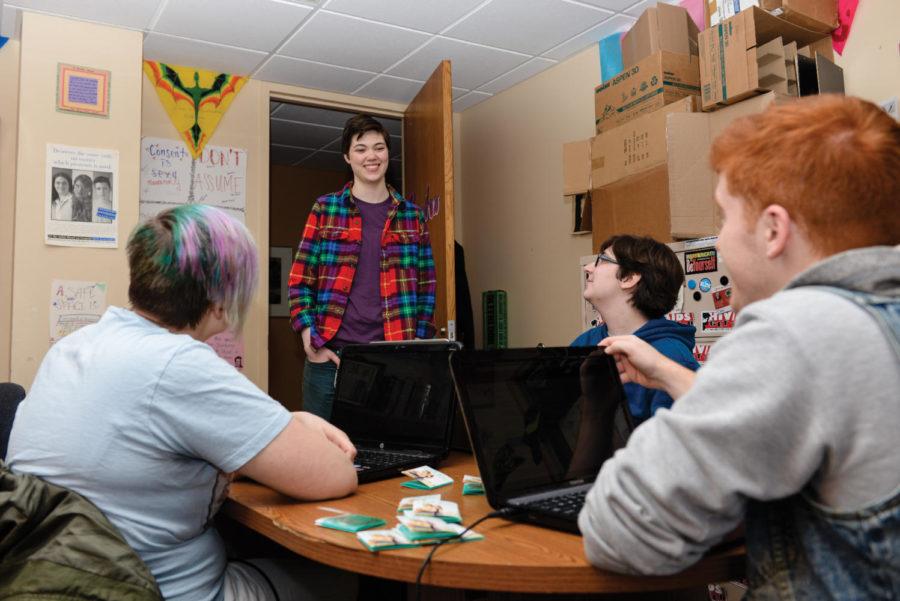 A native of Point Breeze, McCarthy chose a public university because she wanted to diverge from her Catholic high school. McCarthy and her elder sister are close and talk almost every day. The whole family is “super tight,” she said, and her parents are “really awesome.” McCarthy called her parents pretty liberal Catholics, who pray every night before dinner.

A couple of weeks before McCarthy sheared her shoulder-length brown hair down to a more masculine cut, she warned her dad, Tim, who liked her long hair very much. She tried to prepare him for the short locks, so afterward, at dinner, he lovingly added to his list of prayers, “Thank God for Allie.”

McCarthy takes her experiences, like the unstable boundaries of gender and the stress of coming out, and uses them to counsel anxious freshman students in her role as president of the Rainbow Alliance.

At Market Central during the early weeks of the academic year, McCarthy treats conflicted peers to meals and helps them resolve their problems about gender and sexuality.

“It’s nice to be in a queer space during your day with people who ‘get’ you,” McCarthy said. The Rainbow Alliance clubroom is one example of a comfortable “queer space.” McCarthy appreciates these places because queerness is a nonissue. Friends in queer spaces don’t misgender or maltreat each other, she said, and they easily accept questions about gender and sexuality.

If confronted with the possibility of changing sexualities, McCarthy would not choose to be straight.

“I love being queer. I like being able to see things in the world from a certain perspective,” McCarthy said.