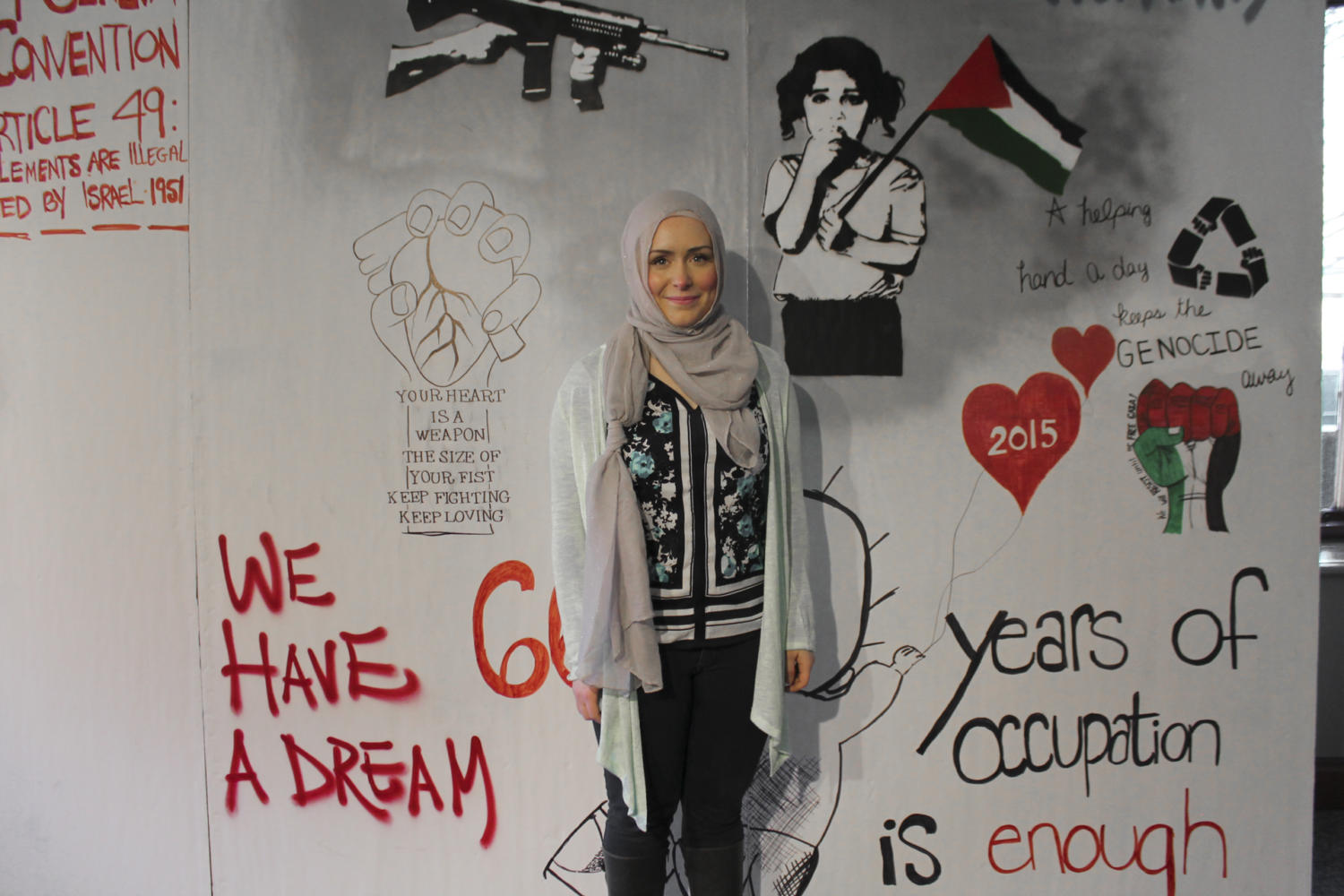 A conversation about religion with a side of pizza was an early course in Nina Visgarda’s conversion to Islam.

As a freshman, Visgarda was unsure about her Christian religion and spent countless hours trying not to become a Muslim.

She lived that year in Litchfield Tower B’s Global Village Living Learning Community, next door to Subhana Chaudhri, a moderately practicing Muslim student whom she befriended. Often, they discussed religion and controversy over pizza.

Their exchanges prompted Visgarda to learn more about Islam in order to defend the wavering faith with which she associated her identity.

Two years later, Visgarda took her Shahada — the Muslim testimony of faith — at the Islamic Center of Pittsburgh, and she’s proud to wear a hijab today.

“I found [Islam] by accident, and I tried to get away from it pretty quickly,” Visgarda said. “But, once you know your personal truth, it’s not if [you’ll] do it, it’s how you’ll go about doing it.”

Visgarda, a senior economics major, grew up in a small town in eastern Pennsylvania where she found that most people thought with the same conservative and whitewashed mindset, she said. Her graduating high school class of 200 was mostly white and Christian. Although she identified as a Christian because of her upbringing, Visgarda said the faith didn’t resonate with her.

“I didn’t understand why God had to be a man. Who imposed these rules on God?” Visgarda said. “It was like some sort of weird disconnect between my identity and my actual logic.”

Based on what she saw on the news and what people had told her, Visgarda said she thought Islam was backwards and counter to mainstream American culture. She thought the religion oppressed women, forcing them to cover their entire bodies subject themselves to female genital mutilation.

She later found these practices are cultural, rather than religious, and emphasized more in certain regions of the world.

Visgarda said Americans and the media often don’t separate the “cultural baggage” of the Middle East with the Islamic faith, which makes the religion seem violent and dangerous.

“I think it’s really comfortable when you’re in a conflict with another group of people for resources to want to make them ‘the other,’” Visgarda said. “That’s sad. Terrorism has no religion.”

As Visgarda read more about Islam, she realized she actually agreed with many of the religion’s values, such as the direct worship to Allah and lessons in modesty. Islam made her feel more confident and encouraged her to become a better person, she said.

Because Muslim women tend to be viewed as subservient by many Americans and Europeans, Visgarda said, the misconception drives her to make herself known “as a good person, someone who’s not afraid to talk.”

At the end of April, Visgarda will graduate with a degree in economics. She will relocate to South Carolina to continue her current job as an accountant for Eaton, a power management company, and eventually marry her fiancé, Omar Abdelzaher, who is a Muslim student at Pitt from Egypt. Visgarda has grown comfortable with her visible conversion, and she feels confident flaunting it to the world.

“It’s nice, being a face of Islam,” Visgarda said. “This can be as liberating as someone wearing a bikini at a beach.”