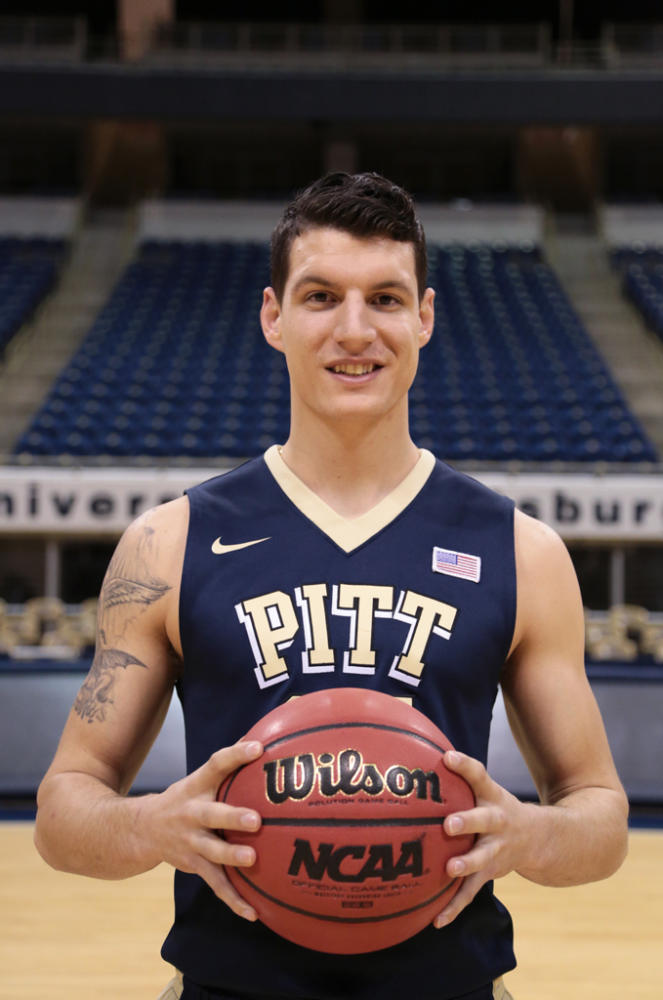 There was someone that wanted to meet Mike Lecak.

The Arizona native had just competed in a game in the Pittsburgh Basketball Club Pro-Am, a now-defunct summer league. He had been playing so well, he claims he “could have closed his eyes, shot left-handed or kicked [the ball] in.”

So after the successful contest from the Wheeling Jesuit University guard, Lecak’s coach, Sammy “Sammy D” D’Agostino brought over an admirer from the crowd.

“I don’t know if you know who this is,” his coach said. “This is Brandin Knight.”

Sammy D could have saved his breath.

Lecak might have been an Arizona resident, but he was born in Pittsburgh and raised by two former western Pennsylvania collegiate basketball players. He grew up worshipping the former star Pitt guard. He knew exactly who Knight was — his icon.

“My hands were shaking,” Lecak said. “I wanted to ask so many questions, but I was silent.”

Lecak listened, and heard what Knight had to say — which wasn’t much. The former point guard, now an assistant coach at Pitt, was terse. 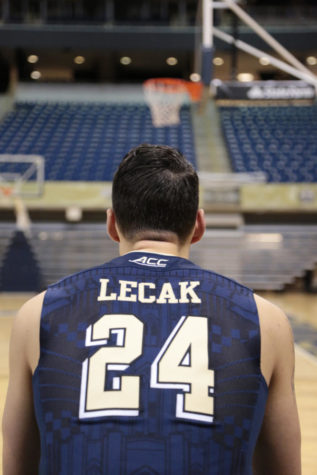 “We like the way you play. Keep in touch,” Knight said.

Lecak couldn’t believe it. He had played sparingly in his first season at his small Division II school. Playing at Pitt? That was a far cry, it seemed, and in the truest sense of it, out of his league.

But Lecak would do just that, spending four years at the college he rooted for as young boy, now learning, watching and, for brief moments, playing the game that he loved.

The courting process was sudden and quick. Lecak, a 6-foot-3 guard, received a call from then-assistant Brian Regan, who told him to get released from his commitment to Wheeling Jesuit and head east.

Regan didn’t leave Lecak a lot of time. He already had his car packed, ready to leave for his 2012 fall semester at Wheeling.

“I had to call and make all of those adjustments really quickly,” Lecak said. “But I would never change it for the world.” 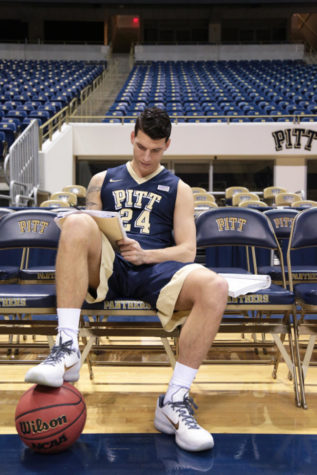 Lecak didn’t play much in his three seasons at Pitt, totaling just 58 minutes on the court, while often serving as a human victory cigar of sorts, almost exclusively entering the game in the final minutes of huge blowouts.

That didn’t mean Lecak was committed to riding the pine every contest.

On his first day at Pitt, he told his coaches and teammates that much. Looking back, he said the assertion might not have been so wise for a player the team isn’t even spending a scholarship on.

“I don’t even think Coach [Jamie Dixon] was committed to me being on the team,” Lecak said. “And I’m sitting here saying I wanted to play.”

It took a while for Lecak to get that opportunity. Due to transfer rules, he had to sit out his first season in Oakland, the 2012-2013 season. But that wasn’t an issue as Lecak, who wants to enter the coaching field, enjoys just watching basketball. 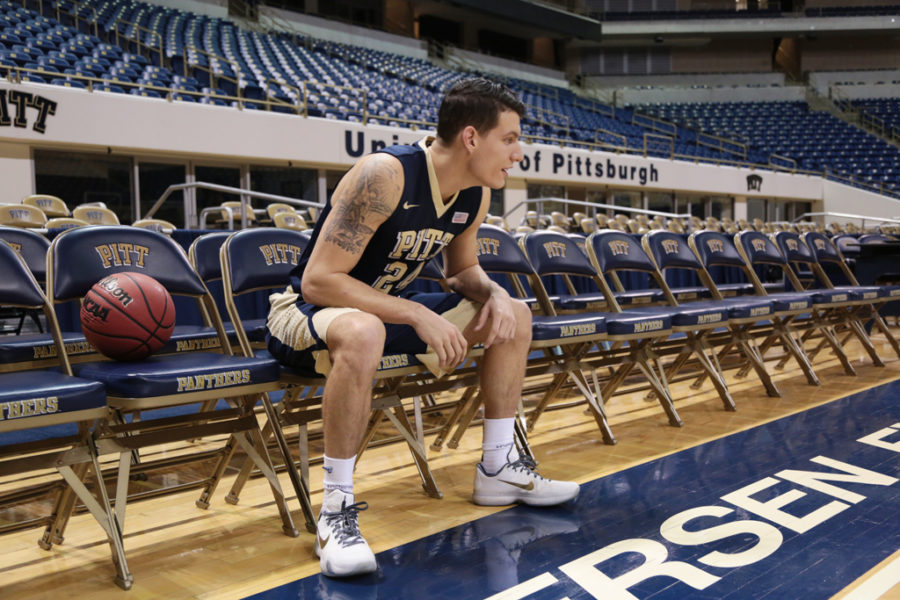 Throughout his time on the bench, Lecak has stayed focused, honing in on the game action, while scouting out and analyzing plays. Sometimes that focus has caused him to fall into a trance, frequently at the expense of his coaches.

“When my name gets called, it has to be said multiple times,” Lecak said. “Because no matter what the score is, I’m just still completely in the game.”

Playing at the Petersen Events Center meant playing in front of a notorious fan base, the Oakland Zoo. Lecak cherishes the Zoo, even if it has sometimes posited unrealistic expectations on him.

“It’s just funny every time I get out there, they’re just yelling at me to shoot it and I have like three people on me and I’m five feet away from the 3-point line,” Lecak said. “And I’m like, ‘There’s no way I can make this shot.’”

Lecak has considered taking those crazy attempts when the Zoo eggs him on — he claims he’s taken two ridiculous shots he’d like to have back. But overall, Lecak didn’t get too many shots to make or to miss at Pitt.

Every opportunity is precious, and he still remembers how nervous he was before his first successful conversion — a free throw against Niagara University.

“I remember when I got to the line, I started to take my dribbles Because it’s such a routine, it’s muscle memory,” Lecak said. “So I went to take my three dribbles, because it’s what I’ve always done, and on the third dribble I almost dropped it.”

The jitters continued, as Lecak said his hand shook when he went up for the shot. The ball rattled around the rim, as the walk-on could only hope gravity would propel the ball through the oval.

Physics played its course, as the ball fell through the nylon netting.

Lecak looked over to the sideline, to his former hero Knight, and was met with a sense of calm.

“He just looked at me like, ‘Now you’ve got the first one out of the way, now just shoot it,’’” Lecak said.

Lecak went up with the second attempt. Nothing but net.

Lecak had to travel across the country to get those first two points, to earn his four years on a top-tier basketball program and to return to his hometown where his parents used to play the same sport.