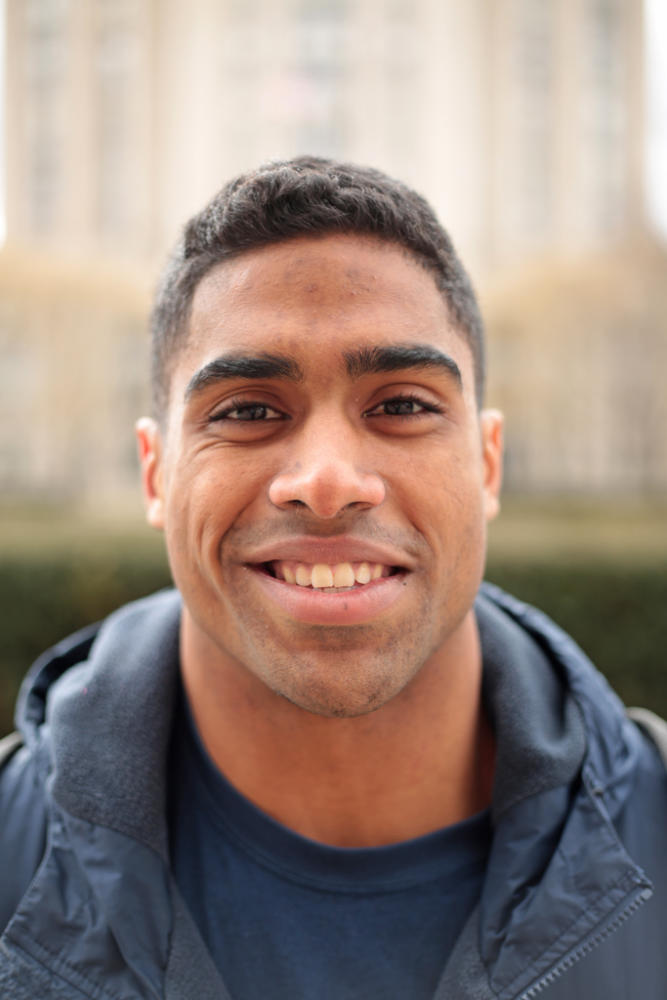 For Kilian Liptrot, joining ROTC was pretty much a no-brainer: He was born in Werl, Germany, to a military family and followed his father’s assignments all over the world.

But joining the cheer squad his sophomore year, after a suggestion from a cheerleader friend, was something he had never considered.

“I laughed. I walked away. I laughed again, and I said, ‘Well, why not try it out,” Liptrot said. 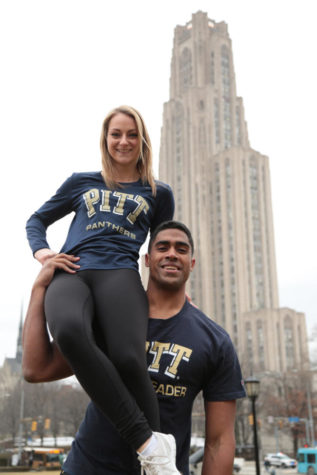 Following his father’s 22 years of active duty and his brother’s work as a foreign area office, Liptrot joined ROTC as a first-year student. Ironically, it was his involvement in ROTC that eventually inspired his decision to cheerlead.

Liptrot, now a senior politics and philosophy and communications double major, had been batting around the idea of playing a varsity sport his sophomore year to receive merit points and boost his rank in ROTC.

So he maintained an open mind — a skill he’s learned from bouncing between countries his entire life — and decided to become a cheerleader.

Being in a military family meant he didn’t have a choice when it came to stepping outside his boundaries. He moved nine times to seven cities across Germany and the United States before coming to college. 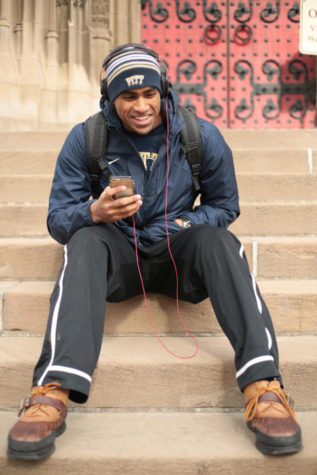 He misses Germany’s open spaces and bakeries and still goes back to visit during winter and summer breaks. But he’s brought the social skills he learned while attending international and American schools in other countries to Pitt’s campus.

“I was forced to understand perspectives from all these different people,” Liptrot said. “I know a lot of people [at Pitt] because I’ve done a good amount of things, so you just bump into different circles.”

Along with cheerleading and ROTC, Liptrot completed undergraduate research in London, Hong Kong and Harlem, New York. He’s been a teacher’s assistant, joined a fraternity, served on Pitt Program Council, interned with NATO and the Department of Defense and run for homecoming king.

“You’re only an undergrad once. I wanted to see every aspect of being a student,” Liptrot said.

When he found himself on the mat at the cheer tryouts, where the coach directed him to attempt a variety of stunts, including a chair toss and a toe touch, he hit them all. His natural ability was unsurprising, given his athletic build

Looking back on the day when he laughed off his friend’s suggestion, Liptrot admits that he didn’t, at the time, quite appreciate the challenges that cheerleaders face.

“Cheerleading is athleticism on a different level,” Liptrot said. “[Through cheerleading], you get to look behind the curtain that is the D1 athlete.”

Liptrot specifically remembers watching a male cheerleader reach down and scoop up his female counterpart seated in front of him.

“He tossed her in the air like a bag of feathers,” Liptrot said. He isn’t quite at that level, though he can hit a QP — a stunt that involves holding his partner up by both feet in one hand.

“That’s something I’m pretty proud of,” Liptrot said with a smile. 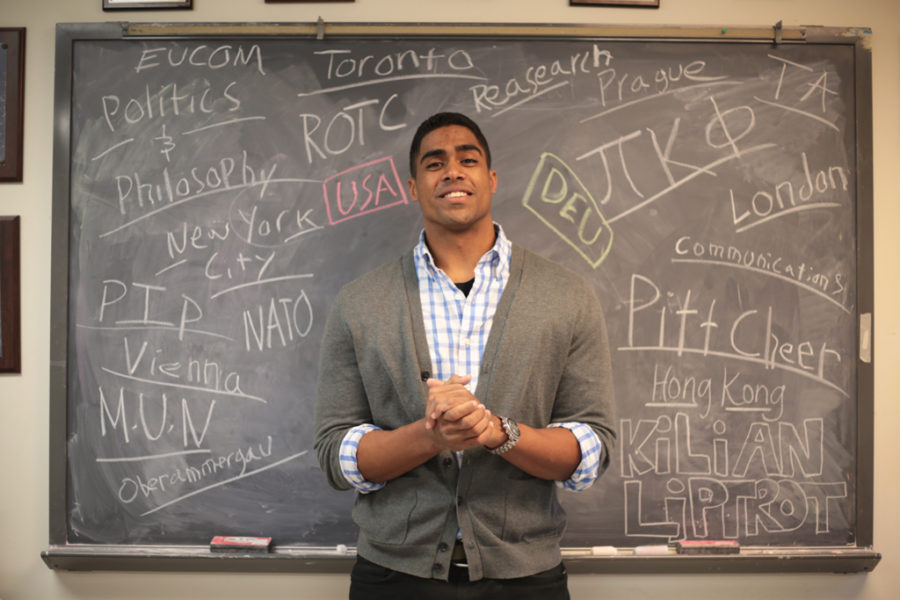 Liptrot’s travels took a different form when he accompanied the football and basketball teams to away games across the country. On those trips, he didn’t stay anywhere for longer than it took to throw up a couple of crowd-pleasing stunts.

Off the mat and the track, Liptrot’s been accepted to Pitt’s law school and Graduate School of Public and International Affairs, but hasn’t decided where he wants to go yet.

“When I come out, I want to say that I’ve had exposure to almost everything,” Liptrot said.