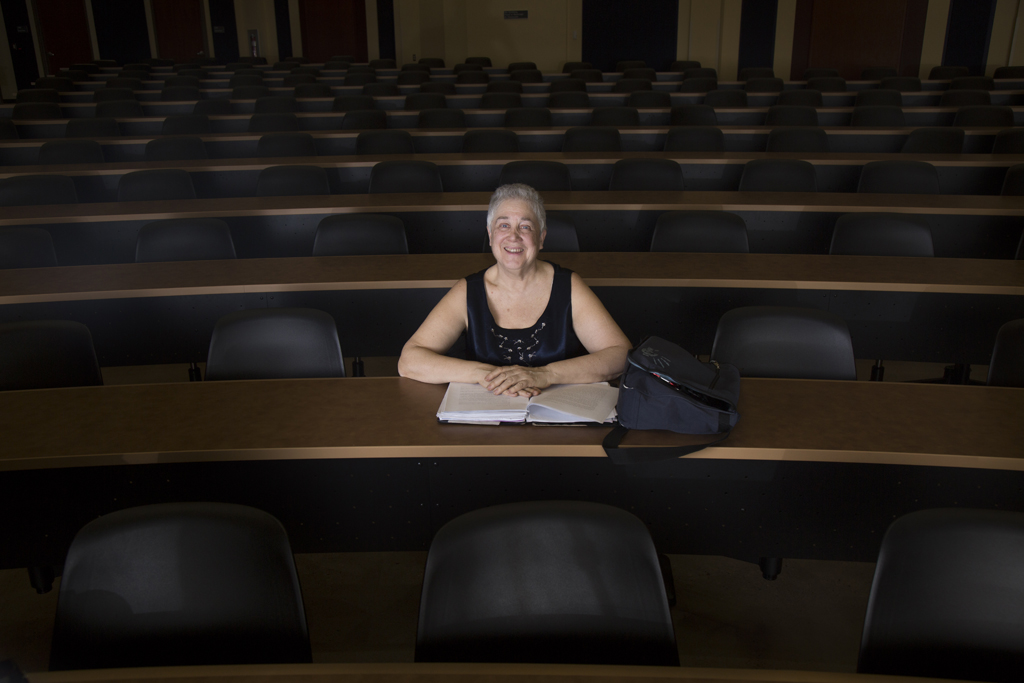 Some small facts slip from Myra Carbonell’s memory: her grandson’s age, the name of the second person in her favorite folk duo, her ex-husband’s birthday.

But memories come easily. There’s the lingering image of coming home from school in the Bronx to find her father asleep in the Barcalounger, the putrid sweet taste of Manischewitz doled out in Hebrew school or the first time she saw performers dance down the aisles in “The Sound of Music.”

Most of her nostalgia comes with a soundtrack. When she lived in Cambridge, Massachusetts, she used to sneak down to the bay to listen as performers Cliff Haslam and Tony Barrand sang sea shanties. She met her first boyfriend and, in turn, her ex-husband, folk dancing in an MIT gym.

She was an applications analyst at MIT, he was studying math and physics. They married in 1975 and moved to New Haven, Connecticut, before settling in Pittsburgh, where Carbonell got a bachelor’s degree in computer science. 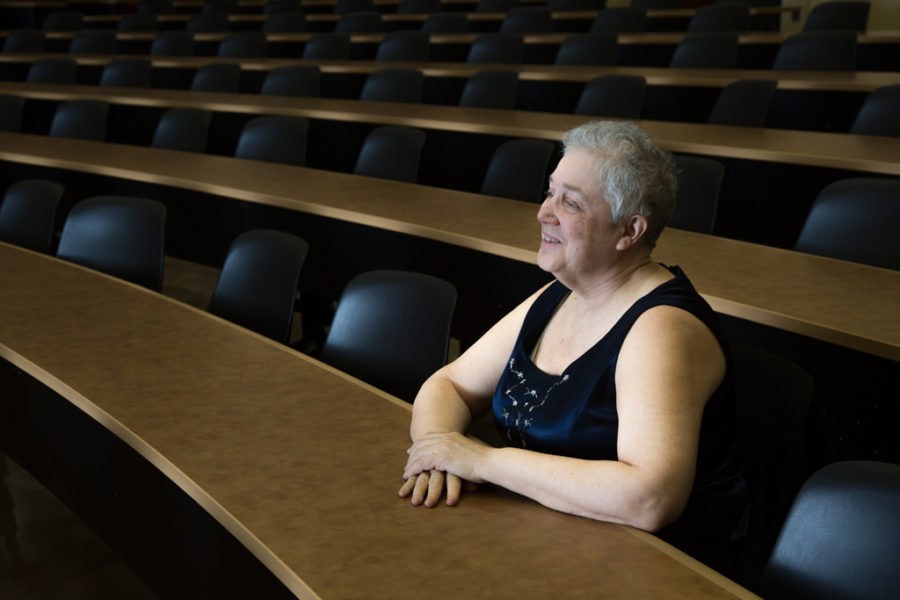 “I remember, I would stay at home preparing meals for him, and felt I kind of had to live my life for him and my children,” Carbonell said.

Her husband had an affair, and ultimately, the two split up.

“I remember, I cried and cried an awful lot, but you know in the long run it’s better,” Carbonell said.

Before the divorce, he kept telling her to “get a life.”

She took up ushering at local theaters to see shows for free and enrolled in the Osher Lifelong Learning Institute for senior citizens at Pitt — which at the time was called “College over 60,” even though she was only 55.

“Really I think my, kind of, life began,” Carbonell said. “I mean I was doing more things for myself once we were divorced.”

Now, at 67, Carbonell does everything for herself.  She bustles around Pitt’s campus between lectures and film screenings, sometimes lugging a black suitcase full of books or CDs. What most Pitt students take for granted is penciled into Carbonell’s daily itinerary.

That itinerary, in the form of a little green planner in her purse, has only one free hour available on a Monday afternoon in March. Otherwise, her schedule is booked solid, and it’s hard to catch up with her.

Wake up at 8:30 a.m. Film class at 9:20 a.m. — she’s a little late, but that’s fine because “On the Waterfront” with Marlon Brando hasn’t started yet. Lunch and a discussion on “rising above hate” just after 1 p.m. at the Jewish Community Center.

Then off to an Osher Institute art class before she swings by the Carnegie Library to drop off 10 Irish CDs she’d borrowed for St. Patrick’s Day, check her email and complete her daily Duolingo brain exercise before a lecture on female professional chefs.

Then it’s that lone free hour between 5 and 6 p.m. before another class. 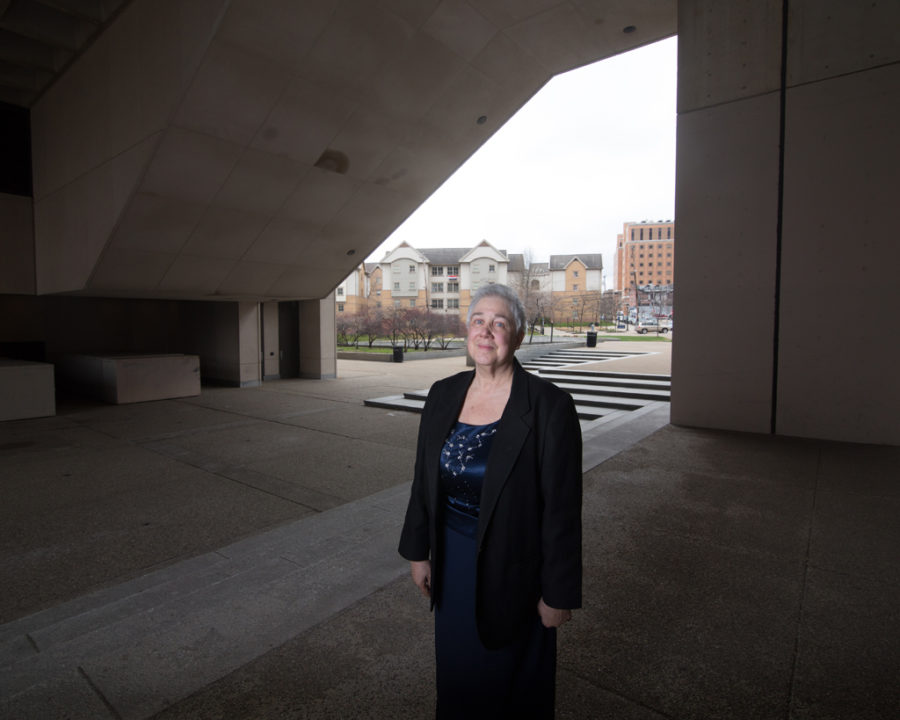 Some entries in the little green calendar just have times and locations, but she’ll go without knowing exactly what the event is.

To get a better picture of what Carbonell does with her time: Imagine attending 60 percent of the events you saw posted on fliers around campus or advertised on the MyPitt website. Imagine taking advantage of every opportunity for free food or information, every chance to see a show, every restaurant that gives you free food on your birthday.

In case you want to know which restaurants do that exactly, subscribe to Carbonell’s email lists of folk music house shows and film screenings, and she’ll also link you to about 50 birthday coupons.

Carbonell adores folk music, but not with her whole heart — theater needs room there, too.

She ushers at the City Theatre in South Side, where everyone knows her name, and the New Hazlett Theater in East Allegheny to attend shows for free. She sits front row every time.

Through the Osher Institute and the auditing program at Pitt, Carbonell takes mostly film and art classes, interests first fostered by her mother. Even while Carbonell was attending the Bronx Science School, her mother insisted that her children be well-rounded.

Though Carbonell admits she wasn’t strict when it came to rules, she gifted her children with the same access to a diverse range of activities.

“From a young age, I remember visiting the roaming art cart, Calliope sing-alongs and countless festivals with her,” her daughter, Diana Carbonell, said, adding that when she moved back to Pittsburgh from New York, she looked to her mother for advice on what to do.

But Carbonell doesn’t speak up in her classes, also a habit from her mother, who thought children were meant to be seen and not heard. Although she takes improv classes through Osher, she has never taken the stage.

“What I would love to do is to be able to sing and perform, but unfortunately I don’t have a good enough voice,” Carbonell said. “I just feel like I’m too old now.”

So she watches. On a Friday night, she takes her usual front-row seat at the Pittsburgh Playhouse for Point Park University’s rendition of “The Drowsy Chaperone.”

It’s a play within a play, classic fourth-wall-breaking humor — the main character, “man in chair,” is an old man, listening to his favorite show, “The Drowsy Chaperone,” on a record player.

Carbonell declares he has a wonderful voice as he sings along with the rest of the cast. He does have a great voice, but he remains on the outskirts of stage left, watching intently, thinking he’s unseen until the very end.

Diana said her mother has a “tendency to dwell in the past,” but that she hasn’t stopped moving forward.

“She has etched out a life independent of her former life with my dad,” Diana said.

Carbonell returns to memories when ruminating on how choices from her childhood — choosing not to play a woodwind instrument, dropping out of Hebrew school, marrying her ex-husband — affect her now.

“I might have subconsciously married my ex-husband since he was controlling and domineering like my mother,” Carbonell said. “[He] made all the major decisions, such as where we would live and which house to buy and when to have children.”

“I guess I’m making up for lost time.”