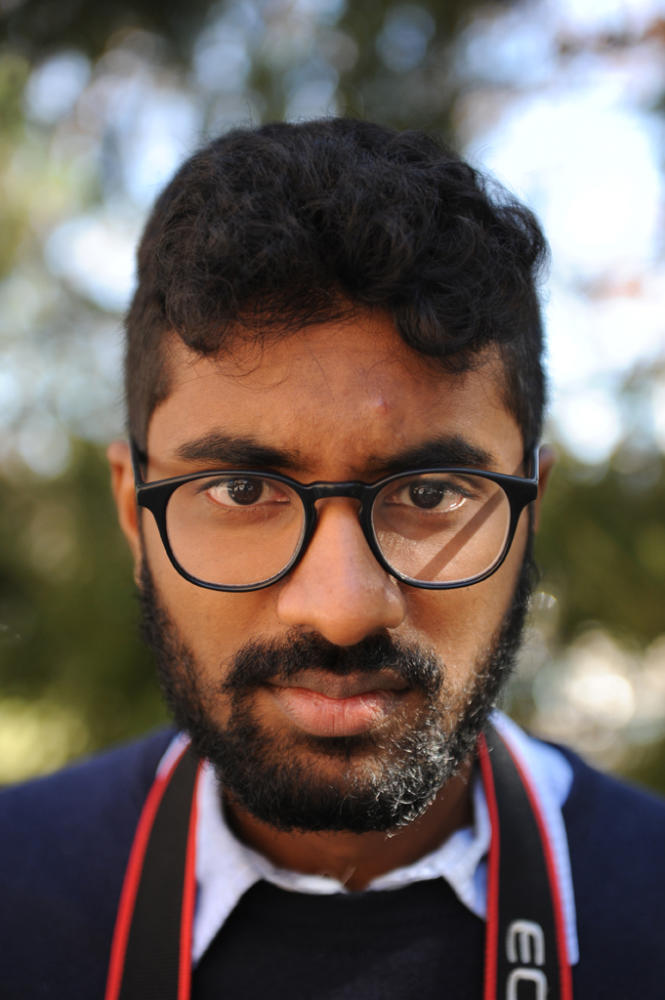 Written by Alexa Bakalarski
Photos by Will Miller
March 29, 2016

Here’s what Anish Kumar does for fun:

He walks up to strangers hanging around campus and asks them to divulge their fears, their dreams, their setbacks and anything else they are willing to tell someone they just met.

Then, he publishes it online for all the world to see.

This time, Kumar’s subject is a man in his 20s sitting outside the William Pitt Union. He agrees to Kumar’s interview even though he’s fairly shy and won’t be a good candidate, or so he says. But Kumar doesn’t listen to him — at least, not yet.

Instead, Kumar wants answers to questions the man has probably never faced.

“Was there ever a time you feared for your life?” Kumar asks. 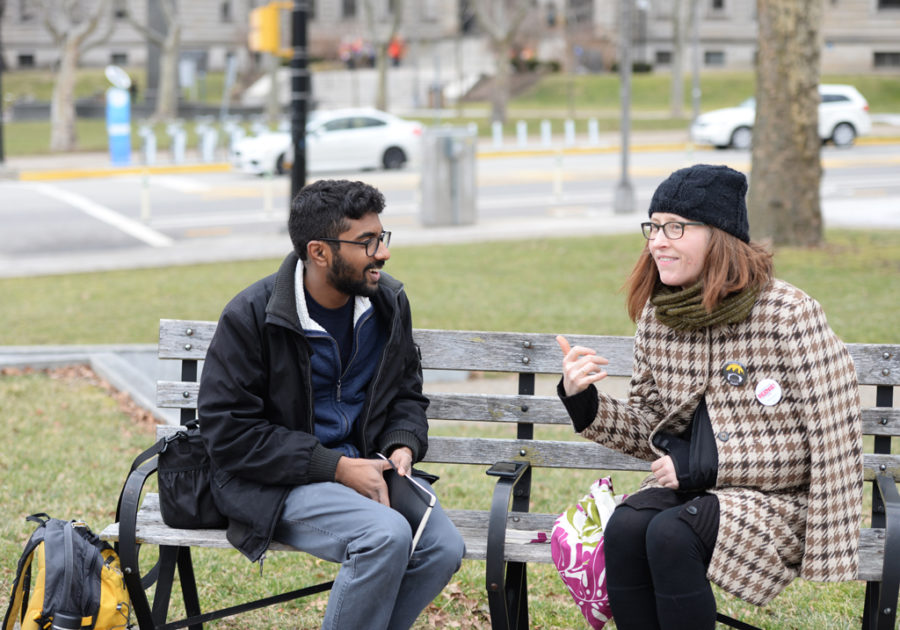 At the end of his first year at Pitt in 2014, Kumar started the Humans of Pitt Facebook page — a photo series based off Brandon Stanton’s Humans of New York project, where the photojournalist takes portraits of strangers and interviews them, then posts the photos and transcripts on Facebook. The project began in 2010, and Stanton published his work in a book in October 2015.

“I feel amazed that people are always able to go through these intense emotions with a stranger, with me,” Kumar said. “I’m trying to imagine myself doing it, and I don’t know if I’d be able to.”

Though Thornton is no longer part of Humans of Pitt, they helped Kumar found the project and gain more than 8,000 Facebook likes. 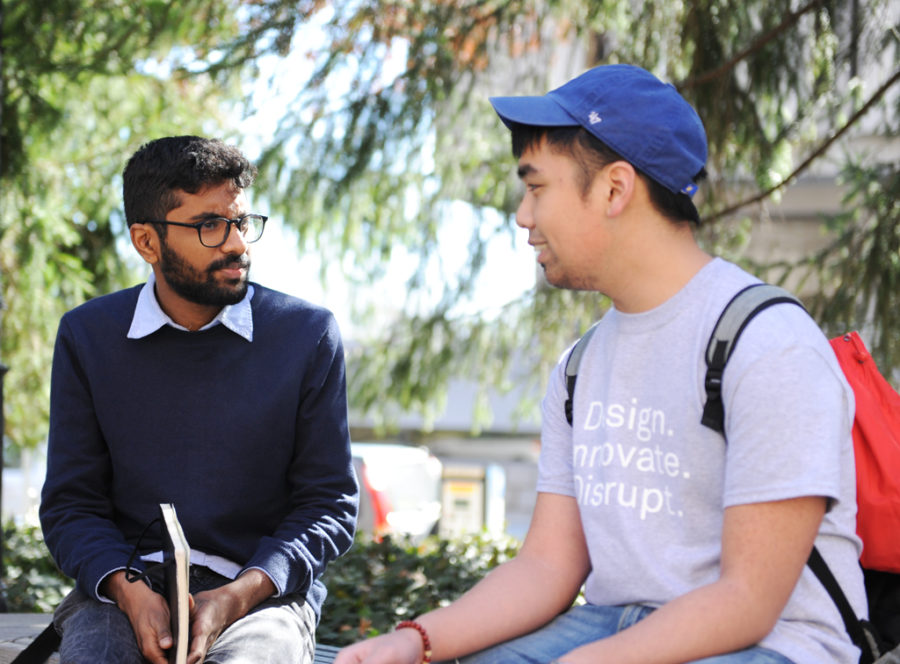 “I just remember being very skeptical, even pitching the idea to Sarah and talking about it,” Kumar, who had never done anything like that project before, said. “I think I was really skeptical that people would want to share.”

But for him, the interviews are not just about spreading stories — they’re about connecting with the community and challenging others to think critically and reflectively about themselves. Kumar pokes at their most haunting memories, greatest accomplishments and future last words to their mothers, among other topics.

“When did you feel the most vulnerable?” Kumar asks his same subject, camera and notepad in hand.

The man bites his lip. A moment passes before he tells Kumar he can’t think of anything.

After telling him it’s all right, Kumar tries again with a different question, “What would you say to yourself at this time last year?”

This one hits — the man would tell himself to not be afraid to take the opportunities that pop up.

After photos, they part, with the man telling Kumar he is thinking over his whole life now.

Kumar said he tries posting at least once or twice a week, with each post averaging about 200 likes, and continues the project with The Pitt News reporter Emily Brindley and junior Wilson Chan.

Several other Pennsylvania universities have Humans projects, such as Humans of Duquesne, Humans of Carnegie Mellon University, Humans of Penn State and Humans of UPenn.

Despite the bold questions, Kumar was once much more timid.

“I was really scared about going up to strangers,” Kumar said. “I would usually go to places like Schenley Plaza, because it’s easier to find people sitting around, and people are less likely to get upset about being interrupted.”

He still gets nervous when approaching potential subjects. The first few moments of every interview are a little awkward, Kumar said, before the shyness and strangeness melt away with natural conversation.

“It’s this really just human experience, which is just so worth it. It makes all the tense parts of it worth it in the end,” Kumar said.

Shortly after Kumar and Thornton started the project, the pair interviewed a middle-aged Ph.D. candidate, who was studying sociology and fracking’s effect on Pittsburgh communities.

“He had this just beautiful quote that I think encapsulates not only his view of the world but also Humans at Pitt. He said, ‘There’s no such thing as a simple person,’” Kumar said. “The second he said that — it just struck me.”

Kumar said he’s taken that man’s quote and turned it into a personal mantra, both at Humans of Pitt and in his other service positions — a member of food charity Pitt Nourish International, a board member for an annual Indian dance competition and a volunteer translator for Spanish-speaking patients at the Birmingham Free clinic.

Later on in his career, Kumar, who grew up in a multilingual home, wants to help non-English speakers overcome everyday language barriers, like doctor’s office forms.

“I think language is such an important, pervasive part of your daily life, and a lot of the things that go in language are very implicit and happen below your awareness,” Kumar said.

Kumar, sometimes brought to tears after interviews, said his project is just practice in creating spaces where people can feel comfortable enough to bare their necks.

“I think what I’ve learned is that — and this struck me in a very personal way too — that vulnerability is just such an integral, innate part of being human,” Kumar said. “I think this is a project that aims at slowly extracting that and getting people to realize that.” 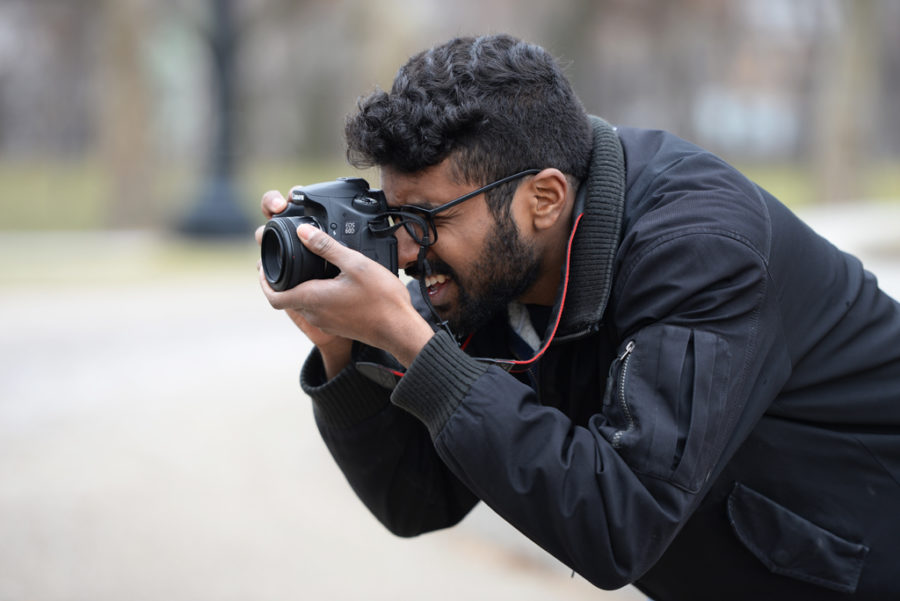