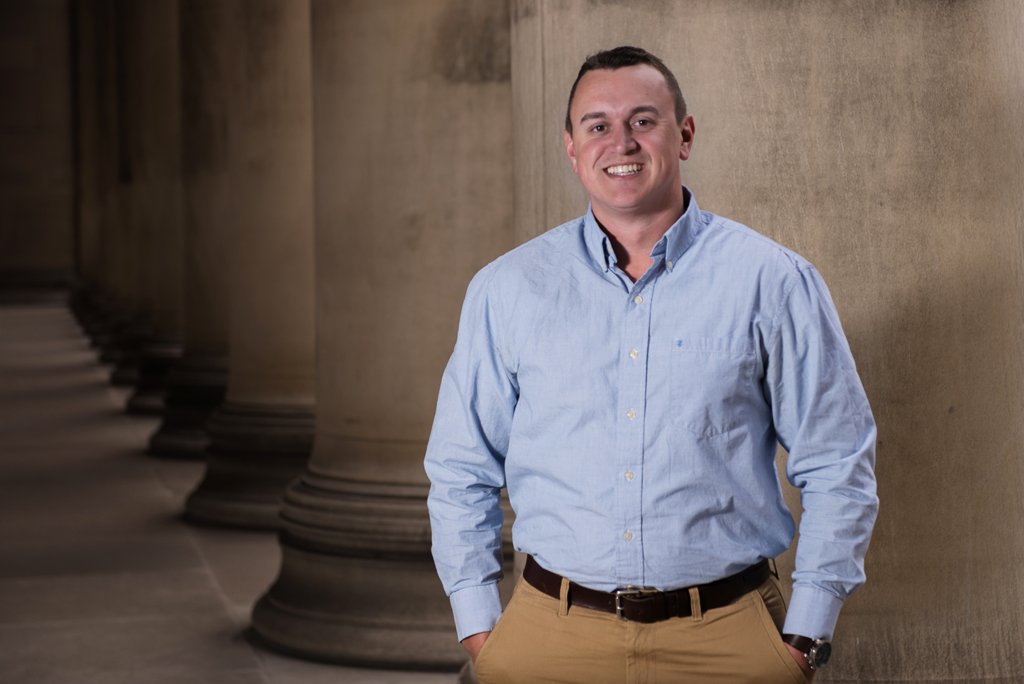 When Alex Austin finishes class for the day, he doesn’t unwind with a three-hour Netflix binge or a shot pitcher from Hemingway’s. Instead, he drives back to his home in Squirrel Hill and cooks dinner for his 11-year-old daughter, Caitlyn.

Austin never thought he’d be a single father studying for a career in international development. Since he was a teenager, he dreamed of working for the Air Force, and at age 20, he became a C-130 crew chief at Pope Air Force Base in North Carolina.

But in 2006, after just 10 months of service, Austin was diagnosed with Hodgkin lymphoma, a form of immune system cancer. After being medically discharged from the Air Force, that dream abruptly ended.

In the fall, he’ll attend graduate school at GSPIA, Pitt’s graduate school for Public and International Affairs. Through the Veterans Affairs’ Vocational Rehabilitation and Employment, a program that assists honorable discharges, he’s completely debt-free, but that hasn’t stopped him from taking a personal interest in lowering the cost of college.

He’s fought for our country, fought against cancer and now he fights for a less debt-ridden future for his daughter. 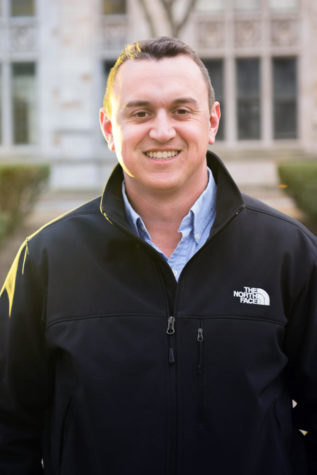 The Pitt News: Coming out of chemotherapy, did you have a plan for the future?

Alex Austin: I had no plan. When I came out, I moved back here to Pittsburgh. I didn’t have a certificate, I didn’t have a degree — I didn’t have anything. I actually had to go to therapy because I didn’t know how to take care of myself. [My career in the Air Force] was so short-lived, but to accomplish your childhood dream that you worked so hard to achieve, and then have it crushed — that did so much damage.

A friend of mine worked at FedEx, so he got me a job there when I moved back home. I also went to school full time at [Community College of Allegheny County], plus I had my daughter part time, so I was non-stop busy. Eventually I took the time to re-evaluate my life goals. Through speaking with counselors and the VA staff, we were able to come up with a plan. I quit my job at FedEx and came to Pitt full time.

TPN: What is it like balancing being a full-time student and a single father?

AA: It’s a challenge. I don’t have the ability to spend my evenings on campus studying, or participating in many extracurricular activities. My study time really takes place once [Caitlyn] goes to bed around 9 p.m., which means almost every night is a late night for me. I don’t have many friends on campus that are traditional students. I sometimes feel like an outlier in class and around campus as an undergrad.

My adult social life is pretty nonexistent for the time being, but that’s okay because earning my college degree is all I really care about right now. I want to be the best role model I can for my daughter. 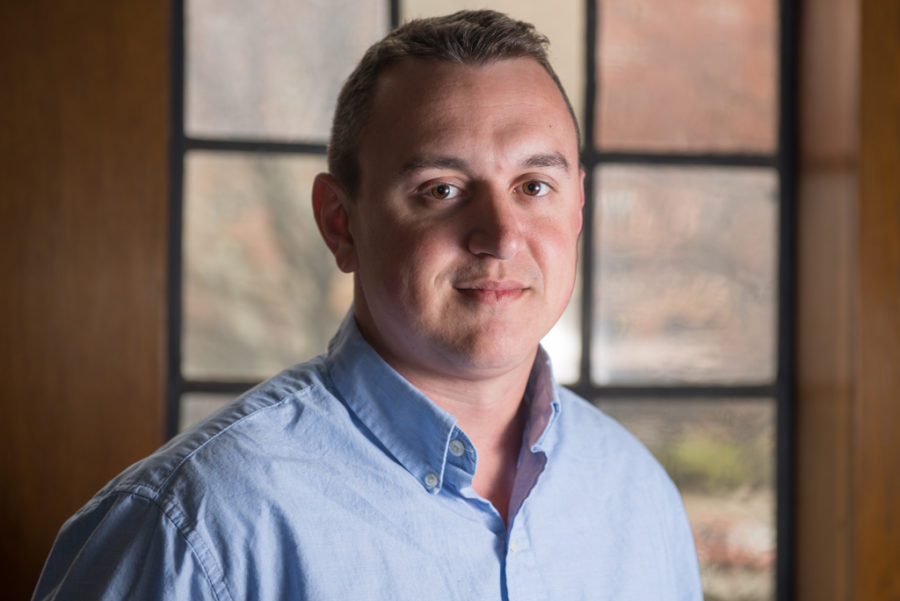 TPN: Where did your interest in politics come from?

AA: My counselor suggested getting into political science. I had big concerns with the environment, and we always had political conversations. I talked to her about studying it. Once I took those classes, I learned so many things I never knew about the world. It really opened my mind. From day one, my counselor said I’d make such a great public policy guy. She’d say, “This is something I think you’d really like.”

I started the [Pitt Students for Bernie Sanders 2016] Facebook page in June 2015 as part of a national affiliation. I wanted to get people politically engaged. That really started with the march for Bernie in November. It blew up really quickly. A lot of student groups came together and made it successful — even though the police were pretty mad. Plus, it brought light to the issue [of student debt].

TPN: Why is fighting against student debt so important to you?

AA: Tuition is super high. [Pitt is] the most expensive state-affiliated school in the country. I was just thinking, “How is this possible?” It’s not just about me —   everybody is going to get screwed over. My daughter is going to go to school one day, and it’s terrifying to think that she could be taking out nearly $100,000 in loans just to pay for her undergrad. Especially when wages remain stagnant, federal funding is getting cut. It’s just a crime.

TPN: How does Caitlyn inspire you to stay politically active?

AA: We talk about the news regularly, and so do her classmates. When children are in fear of a possible president, we have a problem. When I look around at the way the world is, I worry about the future. I worry about the quality of life that the youth of this country will have as time continues. Today, the youth are paying attention. As adults, we have an obligation to look out for the future of our children and their children — to leave this world a better place than we found it.