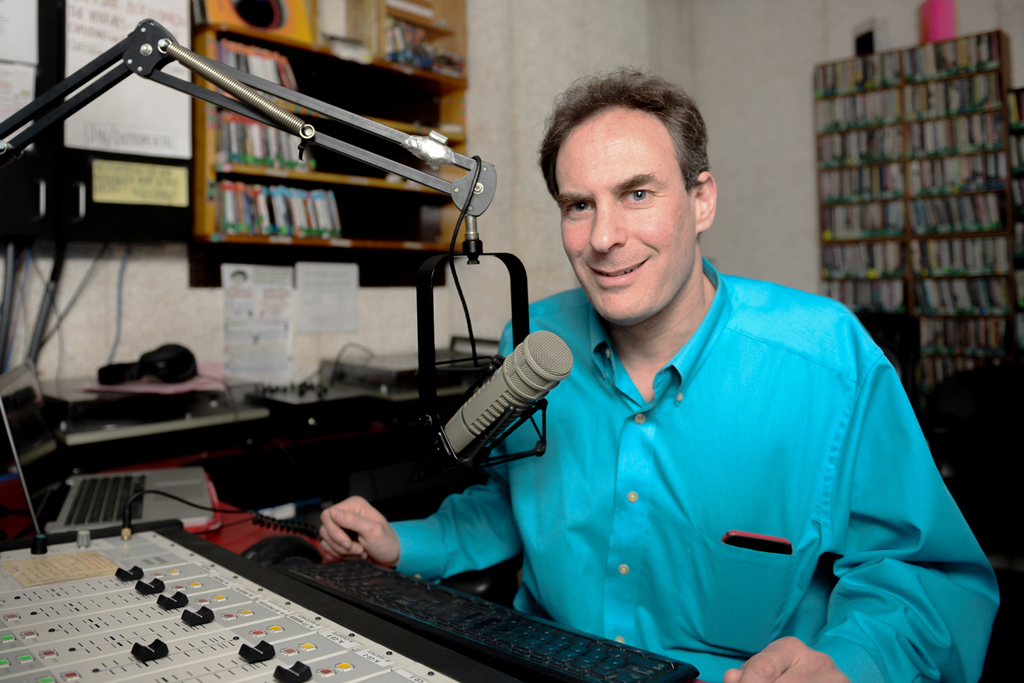 With a lifetime in the radio field, Greg Weston has learned how to connect his audience from behind the scenes of an imageless medium.

As general manager of WPTS for the past 12 years and a lifelong radio worker, Weston oversees the station’s operations and acts as liaison between the students and the University.He interned with WCBS radio in New York when he was 15, and then, after putting in time at Northwestern University’s college radio and a commercial station in Baton Rouge, Louisiana, voiced sports radio at several commercial stations around Pittsburgh before landing at Pitt. He now works on programming and operations for the whole WPTS station.

Weston sat down with The Pitt News to speak about the joys of college radio’s high creative ceiling, daily life at Pitt’s award-winning radio station and his career in the radio industry. 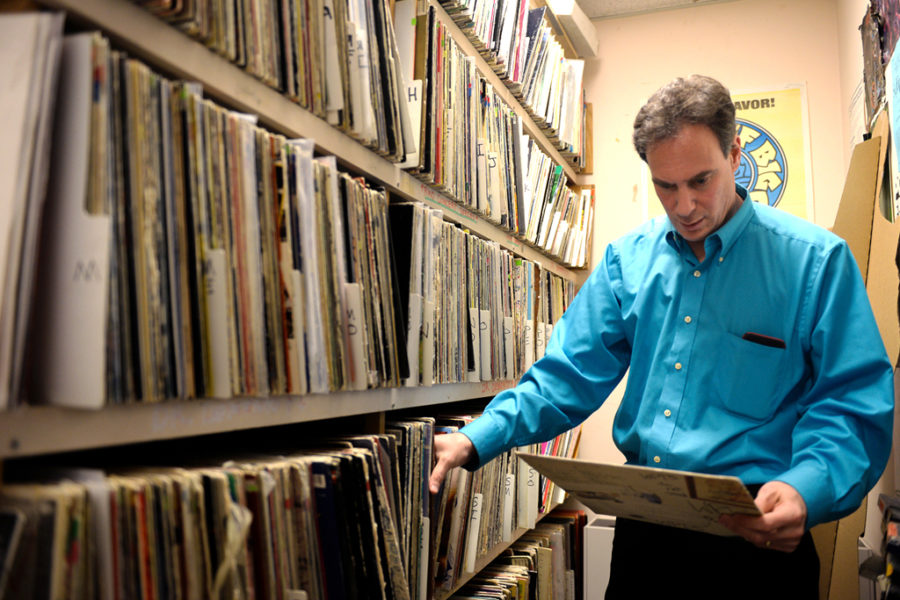 The Pitt News: What are the differences between a commercial and university radio station, and what was making this transition like for you?Greg Weston: To be honest, it was a bit of a transition for me in the sense that I went from working with full-time professional people to students. That was part of my learning curve, what my expectations for the students were and understanding that there were going to be mistakes that are made, things that might never be allowed to go on the air at a commercial radio station. I had to learn to sit back and understand that it is more of an educational environment.

Another really big difference is the level of creativity and opportunity for expression at a college radio. Most commercial stations are owned by large corporate groups that are very homogenized, so for me as someone on the programming side, there was a lot of pressure to bow to sales pressures, and that can really limit your creativity. Here, we have a bit of an open slate. The priorities are [very] different, and it is about giving students a voice and helping students learn and providing opportunities for underrepresented artists and voices. It is really great that we can just come up with an idea and do it.

TPN: What keeps you personally motivated to do what you do?

GW: I think part of it is that there are new students every year, we have a new director board every year, and so it is always fresh. The students are always bringing in new ideas, so it really remains exciting for me. I find it rewarding to watch students, especially over time, develop from very shy, quiet freshmen to successful student leaders as they are seniors, or even moving on outside of Pitt and seeing what they do. It is very rewarding to me, and I just really like being on the college campus. When I was getting burned out at commercial radio, before I even decided to stay in radio, I wanted to go to a college campus. I wasn’t actually having a whole lot of luck finding something, but then I saw this ad for college radio and this was perfect — radio and at a university.

Also, with 11 different departments at the station, there are a lot of great opportunities for a lot of different types of students to come in and find a niche for themselves, which is one of the things that I really like about it. We have everything from sales, marketing, promotions, engineering, as well as the music and DJ side of it. It is really nice for me to see that we provide a lot of opportunities for a lot of students with different interests under one umbrella. 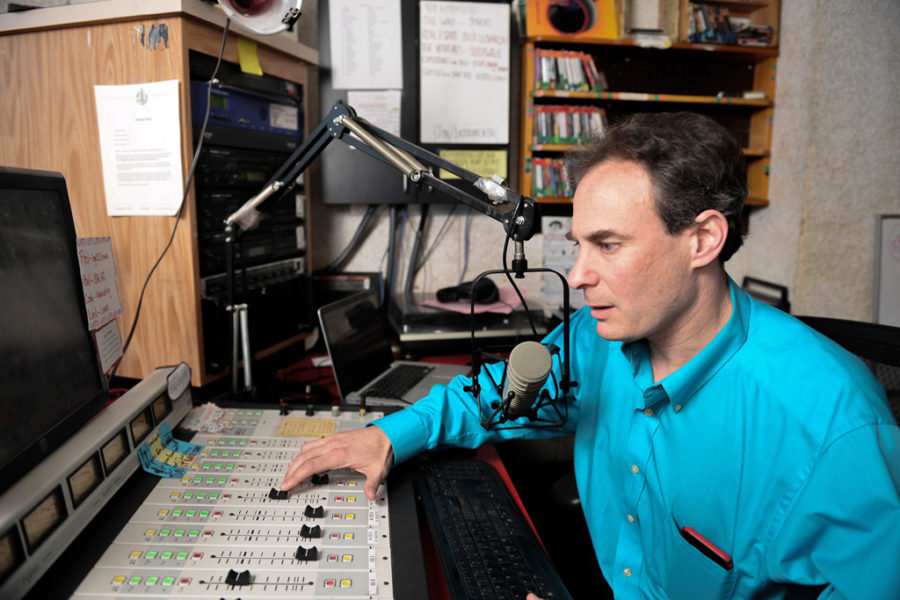 TPN: How has the radio developed since you have been here?GW: Technology has had a huge impact. Before, radio was actually having an FM radio with a dial on it to find the station, and now there are so many other sources for radio or for music in particular. We have definitely had to respond to the times with that. We have a stream now, we are on a number of apps, and we are one of just a handful of college radio stations in the country on the iHeartRadio app. College students are pretty savvy with the new media, so I think college stations have a bit of an advantage compared to commercial stations that might have an older audience and who have a harder time getting them to adjust to those new technologies.

TPN: Are there challenges that come with adapting to new technologies on a college campus considering they do not have the same resources as commercial stations?

GW: I think there are challenges and opportunities. I think part of the challenge is keeping up with all the technology and how many resources we have. One thing we have talked about a lot, but we haven’t done, is an app. To get somebody to actually develop an app is hard. But we have been pretty fortunate in most areas. We were pretty early to streaming. But I do think you need to keep up with the technology and keep people engaged in social media. Now we are working on Snapchat, and trying to keep up with the audience is a challenge, but it also is an opportunity to engage with them in a number of different ways. One thing we strive to do is, wherever the audience is, just make sure we are there too.

TPN: Is there a strong radio culture on campus, considering the decline in traditional FM listening?

GW: I think that this is a big issue in the radio industry in general. I am not someone who doubts radio as a medium, unlike a lot of other people inside and outside the industry. If you look statistically, the number of people who actually listen to radio is growing, not shrinking, and the biggest growth is in young people around the age of 24. I think they may not be getting it from a clock radio on their bed like they used to, but they are still consuming the media, even if it’s on their phone instead of a radio dial. It’s still the same thing, and they are still calling it radio. So I think radio is still really strong and still has a certain cache that “old media” don’t have anymore. But I also think that on this campus there is definitely a cool factor that goes along with the radio station. I think in that sense, the method of delivery has changed, but I think there is still a certain cool factor with college radio that I don’t see dying any time soon.

TPN: What is it like to be on the programming side of radio rather than being on air?

GW: Well, being on air is part of the programming, but I think programming gets really exciting, and that is what I really love. That’s where you really have the opportunity to be creative. We have some really great stuff, and it gets really creative, so people who are interested in writing and recording get to do that on the programming end. Programming the content of the radio station is really what it is all about as far as forming that connection with the listener, which I think is what is really so great about radio. You really want to find the station that speaks to you, and that’s what the programming department does. If they are doing their job well, they are just speaking to the audience and forming that bond of loyalty.

TPN: How do you go about creating this bond, particularly on a college campus?

GW: Yeah, well that is the challenge. For a station like ours that does a lot of different kinds of programming, it is a lot harder to find a common theme, and so we work on that a lot. We have a lot of discussions with the directors where we ask: who are our listeners? What are they all about? And we really try to speak to that. I think WPTS listeners are also very interested in hearing what is new and fresh. It is really important to them to be hearing what is new and to be feeling what is hip and trendy because that is what college radio for decades has been known as — a place before things go mainstream. A lot of people want to be on the front end of those trends, so I think that is the kind of thing we need to speak to, the young, hip audience.

TPN: Do you ever get feedback from the students or community?

GW: Yeah we do, we get positive feedback for sure. Occasionally we’ll get a letter or something, but more often it’s when you’re out at an event or our promotion team is out somewhere, and people come up and say, “Oh, I love that.” Also, there are awards where we get feedback from the community. We won the MTV Woodie Award for the best college radio station in the country, so we are the reigning champion in that, and that is pretty much as big as it gets. That pretty much tells us we are doing something right.

TPN: How does creating a radio persona affect your personality on air and in real life?

GW: One of the things I’ve learned in radio programming for all these years is it’s really not going to work if you are creating a persona. It really needs to be an extension of who you really are. If you are putting on a show, so to speak, it is only going to work for a little while. Listeners will see through you if you’re fake, so it has got to be more natural. I think that it is really the key, to have it be an extension of your own personality. Radio is all about connection, it is all about connecting with the listener, and you really form that emotional connection, and you can’t be fake about it.

TPN: How do you deal with the screen that comes with broadcasting through the radio medium?

GW: That is one of the great things about radio. With TV, it is all there for you. TV is just a cold media and is super passive. The stereotypical person just stares at the TV with their eyes glazed over because it is all there for them and just presented for them. For something like radio representing something, you are filling in the rest with your mind. It is the whole theater of the mind concept. So there is a veil there and the listener has to project their own image onto it, so it is really engaging. It is really a great process, and that is how you really get that connection, that engagement with the listener. It is one thing for somebody to just show you something, but if you get them to do it, it is really like a two-way process, which is really exciting and is what forms that loyalty and connectedness.