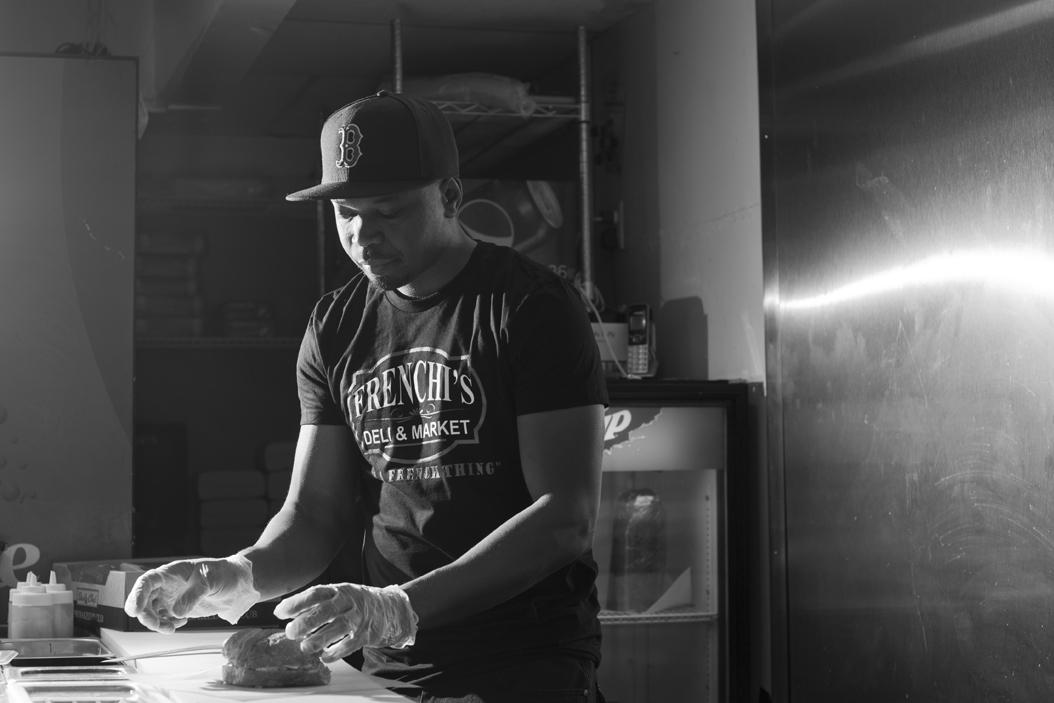 “Long time, no see. How’ve you been?” Sid Ali asks a customer, his distinct French accent still heavy after almost 10 years away from Paris.

It’s a snowy Friday afternoon, and the 28-year-old stands behind the front counter in his store, nestled between old houses on the corner of Atwood and Dawson streets in Oakland.

The storefront looks daunting — there’s some graffiti on the side, and the windows are blocked by a red steel security gate — but inside, it's cozy. A large chalkboard hangs over the deli counter, listing a variety of sandwiches and wraps, from “The Touchdown” to “The Pitt Panthers,” in sweeping script written by Ali’s friend. Handwritten signs made by students list soda prices along the refrigerators on the sides of the store.

The March evening is cold, but the man behind the counter is warm and inviting — he cracks jokes and makes conversation with each customer that walks through the barred glass door.

The student, shaking snow off her jacket, orders “The Frenchi” — a sandwich piled high with chicken and steak bearing Ali’s nickname, Frenchi, which he got from friends in high school. 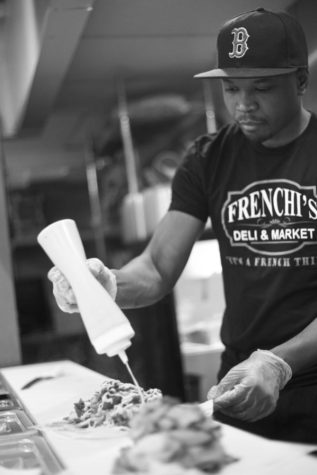 As Ali sprinkles crushed neon orange nacho cheese Doritos onto the student’s hot sub, he asks about her spring break and helps her refresh the French she learned last semester —  he hasn’t seen her in a while. He teaches her the word for black olives: des olives noires.

At his shop, students leave money on the counter and tell Ali they’ll come back later to pick up the change. They often pop their heads in to say hi on their way to class or give Ali a “bro handshake” and a hug. Ali isn’t just another employee at a generic convenience store — he’s a friend.

“My personality is outgoing, and I’m always like that at home and work,” Frenchi said. “When people come into Frenchi’s, I want them to be like, ‘I’m coming to see my friend. I’m coming to my spot.’”

Ali lived in Pittsburgh for two years before opening Frenchi’s in August 2015 — he wanted to be his own boss. A native of Paris, France, he moved to the United States in January 2007 — his last year of high school — to play basketball on scholarship at The Rock School, a private Christian school in Gainesville, Florida. Some friends from home who were living in Gainesville for the same program had put in a word for Ali with the coach to be recruited.

He was deemed academically eligible to receive the basketball scholarship and live with a host family in Gainesville, but once he settled there, he started questioning his decision thanks to culture shock.

“My first or second day, I went down to the bathroom to look at myself in the mirror, and I thought, ‘What the hell am I doing here?’” he said.

It took Ali four months to become fluent enough to gain the confidence to express himself and have brief, everyday conversations with people — he said he would have learned English faster if he didn’t have his French teammates to chat with after practice. Seeing Ali’s slow progress, his basketball coach and teachers quickly intervened.

“They told [my friends], ‘No, don’t speak to him in French to help him learn faster,’” Ali said.

His host family was also helpful in breaking down the language barrier, but not without a price — in exchange for English lessons, Ali spent countless evenings teaching their son to speak French. Later on, his host brother would read with him before bed — “like a big baby,” Ali said.

Sometimes, Ali was too tired after basketball practice to read, which his host brother — a stubborn 10-year old native Floridian — did not accept.

“It was kind of like a blackmail thing —‘If you don’t read, I’m going to call mom or dad,’” he said.

Ali came to the United States with a knee injury that worsened with time and rigorous Rock School practices, preventing him from getting a college basketball scholarship. Instead of returning to France to get a free education after graduating in 2007 — a luxury afforded to all French students — he moved to Cleveland to live with his brother, D.J., who had been in the States since 2004.

“You live in a city in France and then live somewhere else, so I just wanted to explore. It was too soon for me to go back to France,” he said.

When the franchise opened a branch in Wilkinsburg, his boss asked Ali to set up the deli and train the workers. Seeing his hard work and his affinity for connecting with customers, he convinced Ali to move to Pittsburgh at the end of 2012 to work as a deli manager.

One year later, his boss promoted him to store manager, but he grew tired of waiting for someone else to determine his career. He wanted to be his own boss.

“I thought, ‘Why should I do this for someone [else] when I can do this for myself?’” he said.

Deciding on a name was easy — he felt his nickname, Frenchi, symbolized the combination of French and American culture. 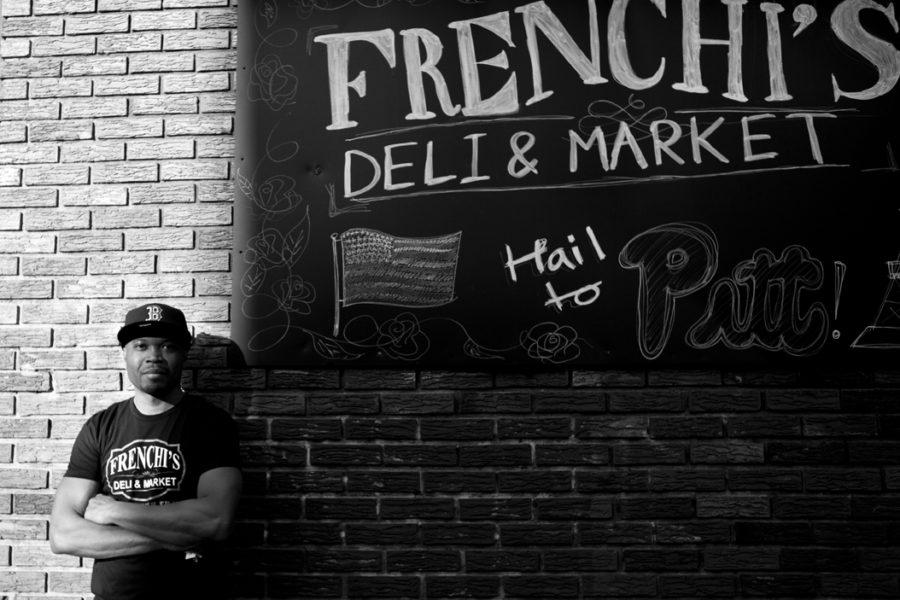 Even though the store is barely two years old, word-of-mouth advertising already has Ali planning to expand Frenchi’s in Cleveland and Pittsburgh in the near future.

Despite his rapidly growing customer base, Ali still talks to customers who graduated and now live all over the United States. And, although his loyal customers’ graduations bring him down, there’s never a shortage of students to befriend — and to make sandwiches for.

“I have a relationship [with the customers] for their first, second and third year, and by the fourth year they have to leave and then you have to start all over again,” he said.

Frenchi’s is open between 14 and 17 hours a day — usually from 10 a.m. to midnight — meaning Ali spends about 90 to 100 hours a week working almost every single day in the store. The work is divided among Ali and his two student employees — though he also gets some help here and there from his friends and his brother when he travels from Cleveland to visit on the weekend.

But it’s his close bond with his customers that makes manning a small store and deli in the depths of Central Oakland uncomplicated.

“Once you love what you’re doing and you have your own personality and people love you for who you are, that’s it,” he said. “You don’t have to work hard.”