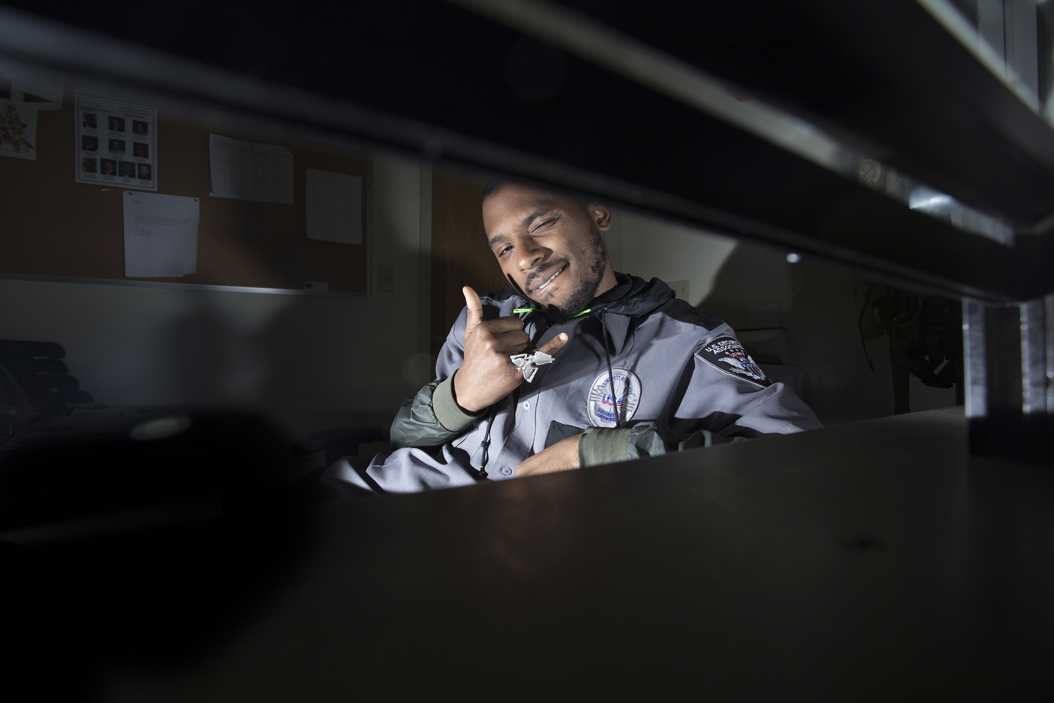 If you were an undergrad at Pitt in 2013, Demetrius Dorsey is confident you know who he is.

The 25-year-old hip-hop artist spends his weeks sitting behind a glass pane in Lothrop Hall’s lobby, swiping in students as they trudge to their dorms after classes. Every once in awhile, he’ll flash a friendly smile at passing students.

Four years ago — when Dorsey was bouncing between first-year residence halls as a relief guard — that smiling face told students about some of the hottest parties on campus. Donning his signature silver spiky ring and a Pitt bomber jacket, at that time, you might have recognized Dorsey from his YouTube music videos of wild Oakland nights.

“These parties I was throwing were pretty legendary — people who went will never forget,” Dorsey said, leaning back in his chair and grinning like he’s got a secret.

While he’ll still flash a cocky smile and reminisce when asked, all that revelry is in the past, as Dorsey has started to focus more on his art rather than the hard-partying persona that used to accompany it.

Dorsey’s mother, Betty, said she knew early on that he was going to be a performer — the center of attention.

“He’s going to kill me for telling you this, but when he was a baby, when he could barely walk, I would put the music on and he would literally pull himself up on the table and then dance on one leg,” Betty said.

Betty said her son was always into theater, music and acting — anything to be the center of attention. Dorsey, a Garfield native, said he began recording and producing music when he was 14. As a teenager, Dorsey’s friend had a studio at his house where the two would mix tracks and later perform their own songs at school talent shows.

Betty said Dorsey has always been someone you can’t really explain — you just have to meet him.

Pitt students on campus in 2013 got the full Dorsey experience, when the first of his fabled fests took place. He began throwing parties as opportunities to film music videos — even claiming that one of his wilder nights featured kiddie pool lube wrestling.

As a relief guard for Litchfield Towers in 2013, he would frequently ask students if they wanted to be in the music videos.

“This is probably the best job you can have, particularly because it’s social. You get to talk to so many different people, especially students, and they just want to support you, no matter what you’re doing,” Dorsey said. “If you’re cool, then they down, you know?”

Back then, Dorsey built a rapport with the residents who passed by his guard booth. He wanted them to feel like someone was looking out for every student who went a little too hard on a Friday night.

“I was that guard that was super cool,” Dorsey said. “If someone was a little tipsy or if someone was like, lit, I wouldn’t make too much of a fuss. I would kind of show love. [But] I still obeyed the rules.”

Dorsey met a fraternity brother in October 2013 — though he can’t recall which fraternity — who said he could host a party in his house on Welsford Street to film a music video for his track “The Best Feeling.”

Dorsey invited people all throughout the day, though he didn’t expect a big turnout — maybe 15 people or so. But he claims 300 students, mainly from Pitt, showed up to be in his video.

“It was like 10 o’clock and nobody was there and I’m thinking, ‘Damn, this is a bust,” he said, recalling the night. “And then we got a knock at the basement door and there’s like a line — yo, a line — around the corner and it makes like an ‘L’ [shape] all the way down to the main road.”

The video, posted in November 2013, has more than 7,000 views and follows Dorsey as he walks around the basement of a house party, posing and dancing with young people while mouthing the words to his song.

“The cool thing was that people would come and they would not fight — cops were never busting out, it was just like real smooth. Because I had it down to like a science,” Dorsey said.

Since the initial music video, Dorsey has thrown two other raging Oakland parties — both of which started as music video shoots. When the video crews dropped the ball, Dorsey said he went ahead with the festivities anyway.

But the college lifestyle wasn’t sustainable for someone trying to have a real music career, and Dorsey knew he had to get out of Oakland if he wants to advance. The last time Dorsey really threw down was in 2015 — since then, he’s got a more focused outlook on making a name for himself.

“This last year or two, I kind of just regrouped to see, ‘Ok, where do I want to be musically? What’s my plan?’ You know, because I've been here since 2013. My goal is to expand, to go on the road, to have my music touch more than just South Oakland,” Dorsey said.

Dorsey started out as a solo artist, but he’s now part of the rap-pop group A Kid Called Gauwd with his friend Baby Byron. The duo performed at the O’Hara Student Center Feb. 25, and will be dropping the deluxe version of  “All Thanks to Drugz” — which is already a five-song mixtape on Soundcloud — in April. 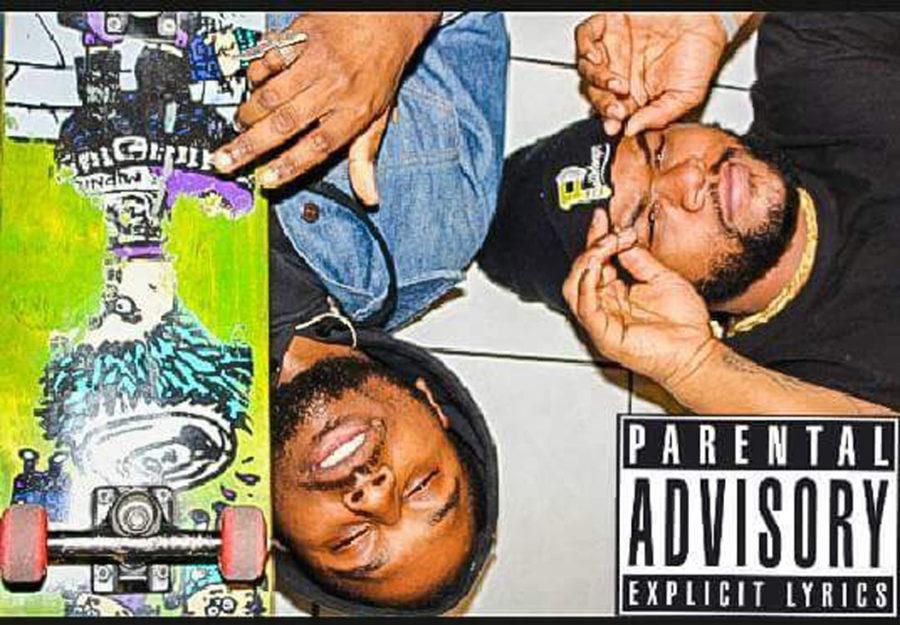 “You know, the concept is just like, [how] holistic medicine kind of takes you to different consciousness and like how you see the world. The music is really psychedelic in its aesthetic,” Dorsey said.

Dorsey also draws on influences from Kanye West, NWA and fellow Pittsburgher Wiz Khalifa as he dabbles with “new soundscapes.”

After his time as a guard ends, A Kid Called Gauwd will focus on getting records out and touring the country, concentrating on college towns.

And while D-Massacre has plans to hit the road and leave the shadow of Cathy behind, he’ll never forget the grimy Welsford basement that gave him his start.

“I kind of see myself as a Pitt legend. I would say that. I really was a part of people’s experience here. I feel special about that,” Dorsey said. “I think I’m going to be one of those rappers that make it, that’s gonna put South O on the map.”