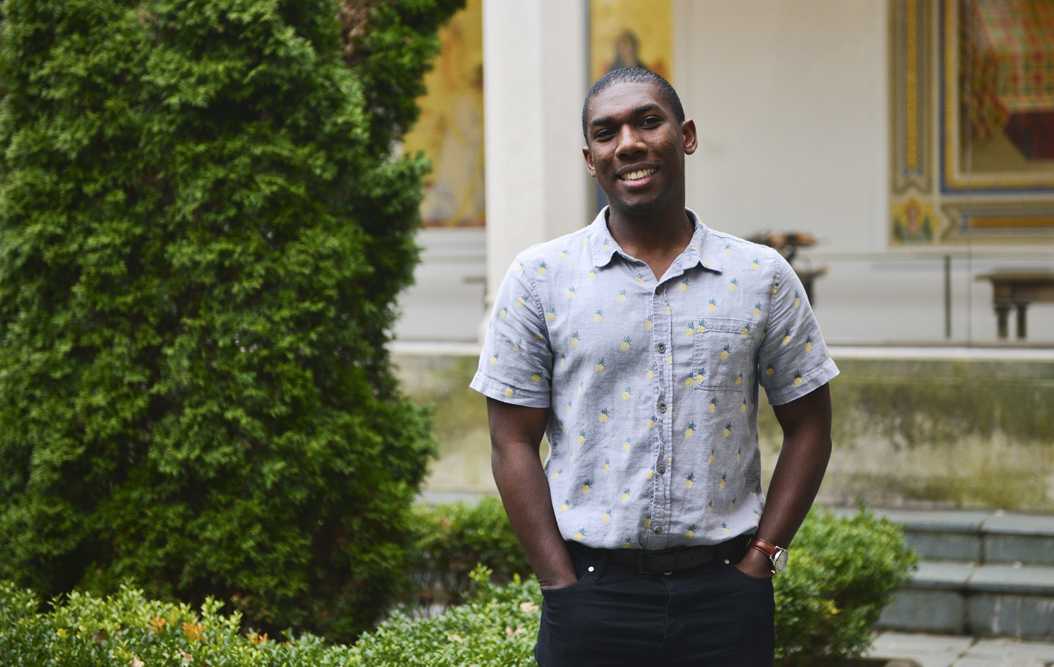 “He’s deeply personable, and that comes from a natural place,” Ray said.

He greets students with his signature smile from behind the information desk in the William Pitt Union lobby, where he’s sharply dressed and lacking the jaded, stressed-out demeanor typical of college students with as much responsibility as the senior neuroscience and anthropology major.

In fact, it’s Robinson’s deep personability that launched his litany of leadership roles, including his position as president of Pitt’s Rainbow Alliance last year, his current status as a member of the city’s LGBTQ+ advisory council — responsible for advising the mayor on policy related to the LGBTQ+ community in Pittsburgh — and his recent Pitt “Senior of the Year” win.

As a gay black man, Robinson is cognizant of the issues members of his intersecting communities face, and how those problems differ among people with varying identities.

Prior to coming out he had no one to look up to who he felt represented him.

“How I am doesn’t match what I’m seeing,” Robinson said. “I’m not Neil Patrick Harris, but I like men, so where do I fit in?” 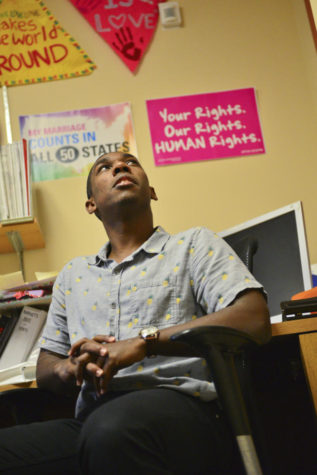 His compassion is in part rooted in his own journey, which gifted him with a refined empathy.

Robinson grew up in Oviedo, a small, semi-conservative town in central Florida. He was quiet, yet likeable and popular in school, with a conservative streak imposed by the town’s norms. He eventually shed that political identity, according to Ray, his friend since grade school, who added that she did as well.

He started attending a group for LGBTQ+ community members called Alphabet Soup his junior year of high school and came out to Ray the following year. She offered to attend alongside him, which gave him motivation and a sounding board — listening to him and doling out advice as she saw fit — while he figured out who he was.

“She ironed out my bad personality traits,” Robinson said. “I was always really competitive and not really educated on gender and social justice — she was the one who taught me that.”

For months before Ray started attending with him, Robinson sat in on Alphabet Soup meetings without saying a word.

“They’d have these brown bag lunch things, and me — I was really nervous,” Robinson said. “It was a slow gradual process, but it was something I needed before going to college.”

Alphabet Soup was an intimidating process, but it was where he realized the power of safe spaces — places where people can be wholly themselves. With that experience, he felt comfortable attending Rainbow Alliance at Pitt, and soon began hanging out with other members — mostly upperclassmen — in that group outside of club meetings. He said it felt like he had found his place.

By his junior year in college, Robinson had become president of Rainbow Alliance, hosting drag shows, LGBTQ+ proms, self-defense classes and a speech by openly gay NFL athlete Michael Sam. He actively embodied this leadership role, running a “safe space” event when the very term was at risk — as a response to alt-right provocateur’ Milo Yiannopoulos’ Pitt visit in March 2016. And in November 2016, Mayor Bill Peduto enlisted Robinson to serve as one of 15 students in his LGBTQIA+ Advisory Council.
Robinson wasn’t always so open, however. During his first year in college, he ran through a list of ways to come out to his parents — baking a cake or attaching a cape to the dog spelling out his announcement — but then one day during spring break, the topic came up, and he was out with it. He wasn’t sure what to expect, but they reacted positively and have taken strides to understand his world.

“It’s weird for both of us,” Robinson said. “Me, learning to open this part of me I didn’t really tell them about, and so for them to put in the work they have is really great.”

His parents keep up to date and are continuing to learn more about the community to know what his life is like — his mom often forwards emails with events in the LGBTQ+ community back home.

During that same spring break, Robinson and Ray went to Lazy Moon, a local pizza place near Oviedo and one of their common hangouts in high school. He told her about his growing interest in Rainbow.

“Seeing how invested he was in Pitt’s LGBTQ+ community, he seemed to have found his place. It’s an amazing contrast between those days ... In high school, he was a very different person,” Ray said, remembering when he wore mostly athletic wear, Nike sandals and basketball shorts.

Ray recalled dragging him on a shopping trip when he bought his first pair of Sperry’s.

“He was very evasive about wanting them,” Ray said laughing. “And I was like, ‘Oh my god yes, buy them.’”

It may seem inconsequential, but fashion is one of the biggest markers of Robinson’s evolution, she said.

As president of Rainbow, Robinson’s understanding of identity and social stigmas also deepened. He grew more comfortable doing for others what Ray and Alphabet Soup did for him, allowing people room and support to grow, without pushing his own experience on them. 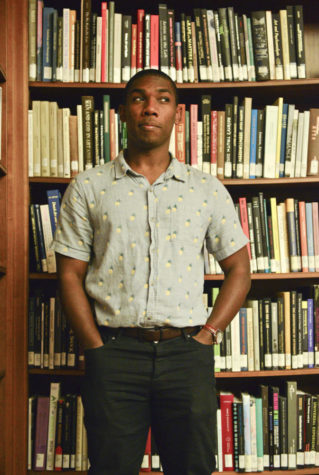 “The biggest thing for me is knowing when to speak and when not [to],” Robinson said. “My experience is as a black cisgender gay man — that’s a very narrow experience.”

He plans to go to medical school and eventually open a clinic for people in the LGBTQ+ community.

“Long long term, I want to open a practice to offer health care free of stigma and bias and judgment,” Robinson said. “It’s important we validate their experience, and that I understand my place as a doctor to give them the care they need.”

Robinson has evolved since joining Rainbow, but reflecting back on the beginning of his journey, he lights up with a fondness for his original club, Alphabet Soup. He remembers when Ray joined him at meetings — it was then, he said, he finally started feeling included.

“That was the moment I realized how powerful these spaces could be, and that I wanted to be a part of something like that — and it led me to being a part of Rainbow,” Robinson said. “I wanted to show that magic to someone else.”