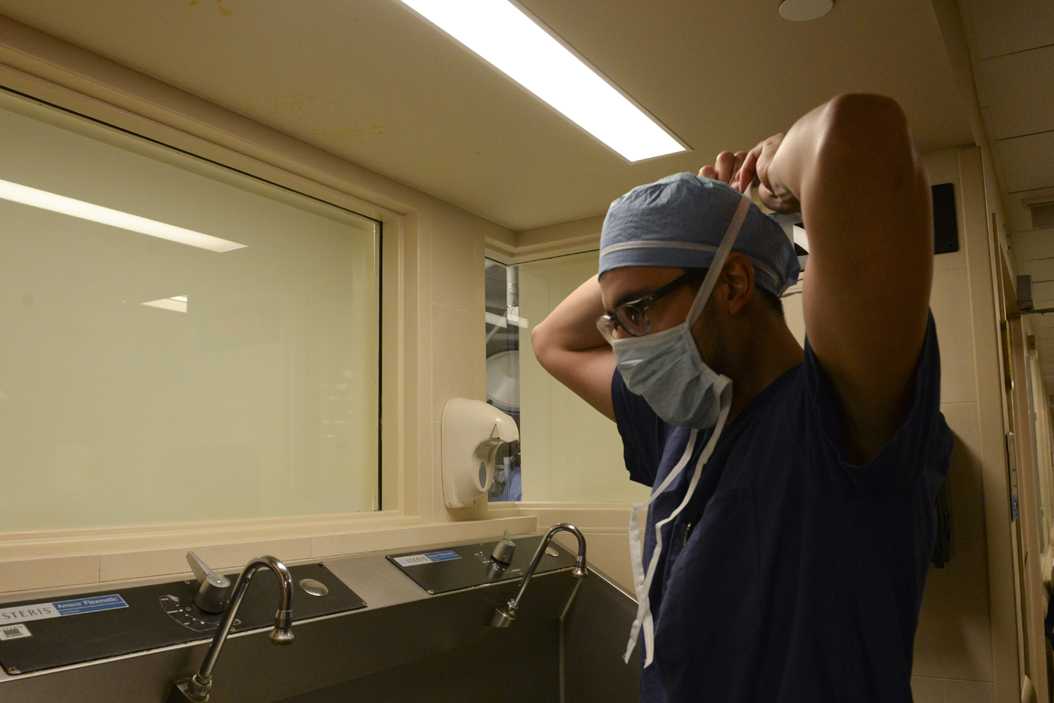 Alejandro Morales starts his weekdays at about 3:45 a.m.

He hits snooze on his phone, then heads to the bathroom to splash water on his face. If he’s got a few extra minutes, he can down some almonds with a glass of milk or water before driving to the hospital.

The orthopaedic surgeon splits his time between patients at one of the eight University of Pittsburgh Medical Center hospitals he’s stationed at each month.  He usually ends his day near 10 p.m., getting less than five hours of sleep each night, skipping meals and foregoing coffee — though he does keep chocolate peanut butter Clif Builder’s protein bars stashed in the pocket of his UPMC windbreaker.

Morales, a tall, medium-built man with cropped dark hair and brown eyes to match, became a medical intern in Pitt’s six-year research track last March. But his story starts in 1989 in suburban Madison, New Jersey. His parents, Arquimedes Morales and Estela Restrepo, then in their late 20s, had just moved to the United States from a mountain town in Colombia. The next year, Morales was born. 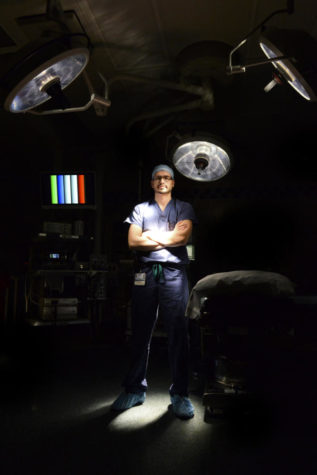 “It’s a regular kind of story that most immigrant families have,” Morales said. “They thought it’d be a good idea to come over here and do the whole ‘hope for a good life,’ ‘American Dream’ kind of thing.”

The eldest of two boys, Morales was a “difficult child” growing up. He was unmotivated, dressed in oversized clothing and cruised with a wayward crowd. He wasn’t a social deviant, but with grades in the C to D range, he was prepared to drop out of high school with no plans for college. Morales liked Madison, it was typically immigrant-friendly, but 80 percent of the residents were white, and his background made him stand out.

Take one summer night when he was 14. Morales was walking to his friend’s house to watch a movie when a police car rushed up to him, nearly clipping him. The officer inside called for backup and barrelled out.

“They just started putting their hands on me, patting me down. And then all of a sudden, he started asking me where I was from,” Morales said.

Morales was confused and said he was a local. But the cop didn’t buy it. “Your name’s Alejandro,” he said.

The officer parked his blacked-out SUV in front of the teenager and threw on his high beams. Morales later learned that there were people in the vehicle who claimed the teenager had robbed them and tried to steal their car. The officer took Morales to the police station and contacted his parents.

“It was 100 percent demoralizing,” he said. He is still foggy on his charge.

"As a child and teenager growing up, you’re very influenced by your surroundings. I think disadvantaged people — minorities, especially — are victims to ‘You can’t be what you can’t see’ when it comes to having role models in our society."

Morales went to court over the next few months. His judge gave him an ultimatum: The incident would be erased from Morales’ record if he went to the Morris County Juvenile Detention Center for a day. Fed up, Morales obliged.

At the center, corrections officers made Morales surrender his possessions for an orange jumpsuit and flimsy sandals. He said goodbye to his parents. Morales had to announce himself wherever he went. The officers handcuffed him and toured him through the premises, ordering him to look straight ahead, to walk in a straight line.

“It wasn’t enlightening — it wasn’t scared straight,” Morales said. “Just seeing a police officer after that really made me nervous.”

Morales was ready to drop out by sophomore year of high school. His guidance counselor laid out his options: If he wanted to go to college, he would have to look local. The prospects weren’t exciting.

But Morales’ family wanted him to succeed, academically and professionally. If he stopped acting careless and put effort into school, they wanted to support him in college. The conversations started piling up, and their consistent discussions about his classes made Morales realize he actually liked math and science.

He embraced his suppressed interests and chose to study medicine.

“I really just kind of buckled down. I remember actually taking textbooks home and actually sitting there and opening up these huge textbooks and just reading them until 1, 2 in the morning,” Morales said.

With sudden drive, Morales decided to become an EMT. At 18, he was spending 60 hours working on an ambulance each week.

His first time out on a run, Morales and about three other EMTs responded to an accident. They arrived at the scene to find a family’s car knotted around and crushed by a tree, with firefighters rescuing the father from the vehicle. Sirens were sounding and lights were flashing. The once unfocused, jaded teenager, was completely calm despite the chaos around him.

“You know you have a job to do: you have to stabilize this patient. Things have to slow down because if you don’t slow down you’re going to miss something. You’re kind of methodical about how you do it,” Morales said. “And I think that’s really the only way to do medicine.” 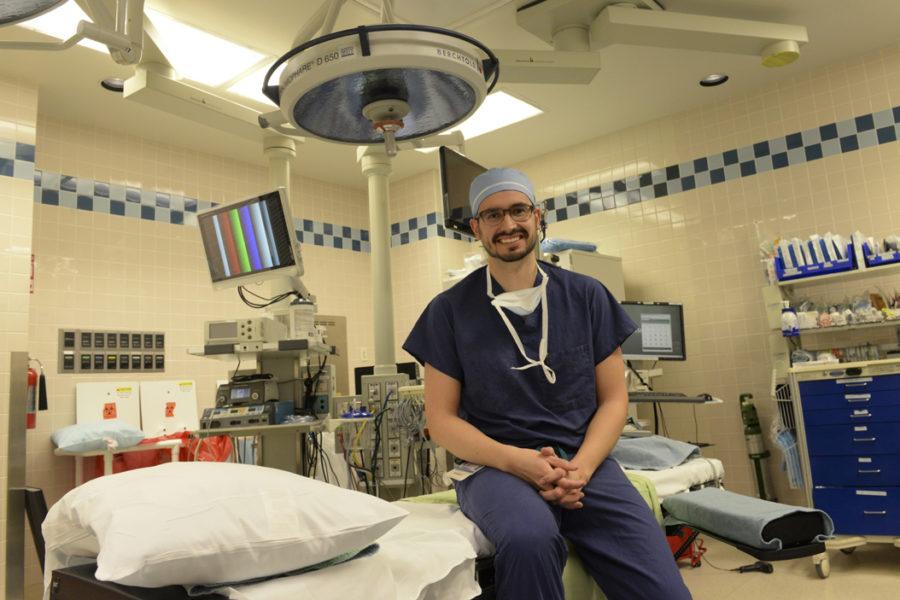 He continued the job until his senior year of college and started at Pitt’s School of Medicine in 2012. Now, as an orthopaedic surgeon, his long days are still packed with patients, but he’s shifted his focus from emergency care to outcomes in medicine. In orthopaedic surgery, he can treat patients with a single problem, like a broken leg, and help piece them back together, setting up a rehabilitation plan and scheduling office visits.

“If you can help them regain their mobility, you’re essentially restoring their independence,” Morales said. “That was so satisfying [to see].”

Morales recently got engaged, to Maylene Xie, who is also a 26-year-old doctor. From Madison to Pittsburgh, Morales has worked to find balance in his life, even if not in his diet.

“As a child and teenager growing up, you’re very influenced by your surroundings,” Morales said. “I think disadvantaged people — minorities, especially — are victims to ‘You can’t be what you can’t see’ when it comes to having role models in our society.

“I want to be someone that anyone can look at and say, ‘Hey, I know him, we both grew up with a similar background. I can become a doctor, too.’”