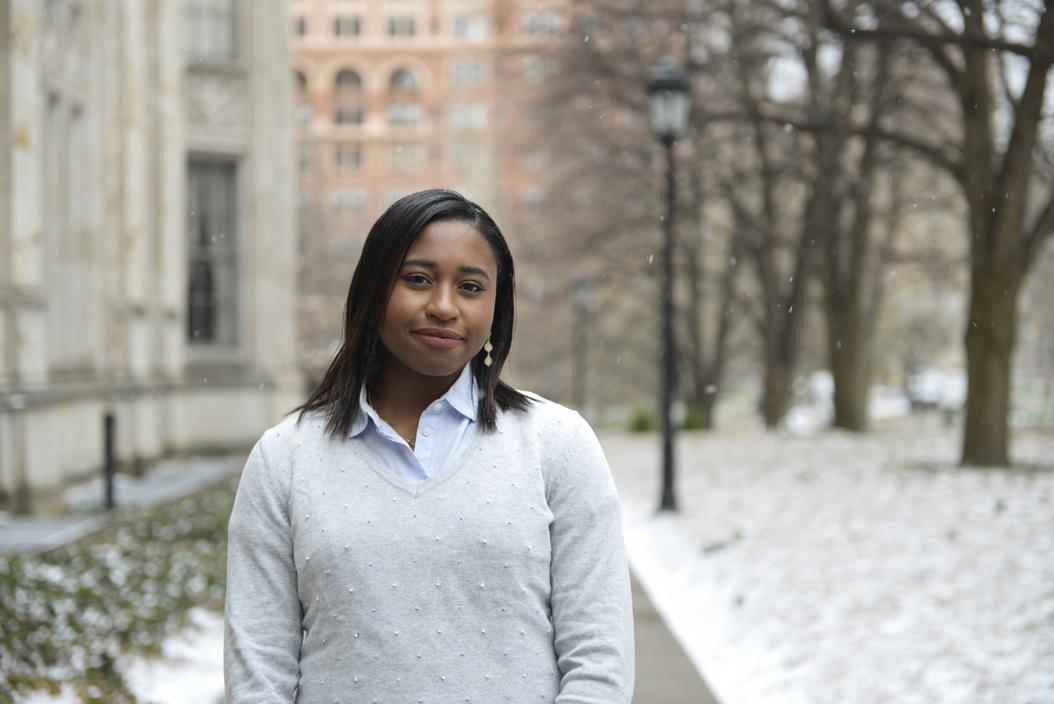 A typical weekday for Crevecoeur will likely start with a long but worthwhile morning ritual: contemplating and experimenting inside her wardrobe.

She’ll slip on a chic scarf or clasp on a bold necklace, dab and reapply various lipstick shades and maybe top off the look with a trench coat when it’s raining to achieve her signature “urban preppy” look.

But don’t let her long lashes and polished, classic look fool you — Crevecoeur’s got running shoes on, literally.

The sneakers she slips on under her many skirts and dress outfits not only complete her style — they serve as a metaphor for her on-the-ground advocacy. Essentially, there’s no time for fancy footwear when you’re tackling one of Pittsburgh’s biggest infrastructural issues.

When residents in Flint, Michigan, were being hospitalized for the lead in their water in April 2014, Crevecoeur was more than 400 miles away, following the news ardently. She became even more driven to investigate the issue further when she was exposed to a strikingly similar affliction in the Pittsburgh water system.

Pittsburgh lead issues were brought to light in April 2016 when the Pennsylvania Department of Environmental Protection ordered the PWSA to test its water for lead. The results came back at 22 parts per billion, well over the 15 parts per billion action level required by federal law. Now, PWSA is determining the best way to efficiently replace the pipes, balancing fiscal responsibilities and residents’ health concerns.

“Pittsburgh’s a pretty old industrial city, and because of that, there are typically just more environmental concerns, especially regarding water and air quality,” she said. “And Pittsburgh is where I go to school, so I figured it would be a perfect place to look into those issues, because they coincide with what I’m studying in classes anyway.” 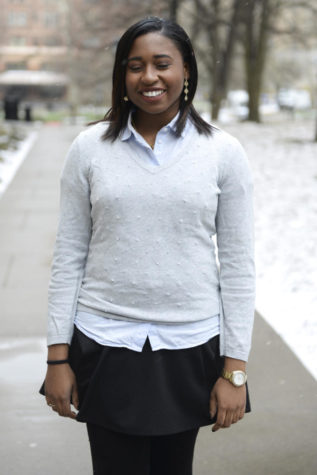 She plans to take her interests further researching Pittsburgh’s water system during a gap year before law school.

Tracking lead-ridden water isn’t the only initiative she’s waded into. As a Pittsburgh Department of City Planning intern in the summer of 2015, Crevecoeur helped implement a survey program in various neighborhoods about Public Step maintenance and repair. On campus, she works to promote paperless student ticketing at athletic events and enhance recycling education and awareness through the group “Paw Prints.” The initiative formed as a part of a sustainability course and includes five other students working on promoting long-term sustainability practices on campus.

She’s always been drawn to service — it’s a family tradition.

In 2010, her family established a foundation called CChange in response to the earthquake that struck Haiti in 2010. Since then, she has been inspired to forge a connection to cultural diversity and advocacy in her own life.

“Charity work in general is important to me because I think I’ve lived a pretty blessed life, and I know people even within my family are not fortunate like I’ve been, so I think it’s just important to give back,” Crevecoeur, who has a Haitian background, said.

Now, as a junior and one of the club’s public relations chairs, she can be found posting flyers, planning meetings and preparing for some of the organization’s largest events, like the “Pitt in Jamaica” event where the club brings the Caribbean island’s dance, cuisine and culture to students on campus.

“In a few years, [the CChange foundation] kind of diminished, so it was cool to be involved in charity here that served Caribbean and Latin American communities,” she said.

As an environmental studies major pursuing a creative writing certificate, as well as a prospective law student, Crevecoeur focuses her coursework on sustainability and the law in relation to environmental issues.

She’s also a resident assistant this year, which has allowed her a microcosm of a community within which she can work. 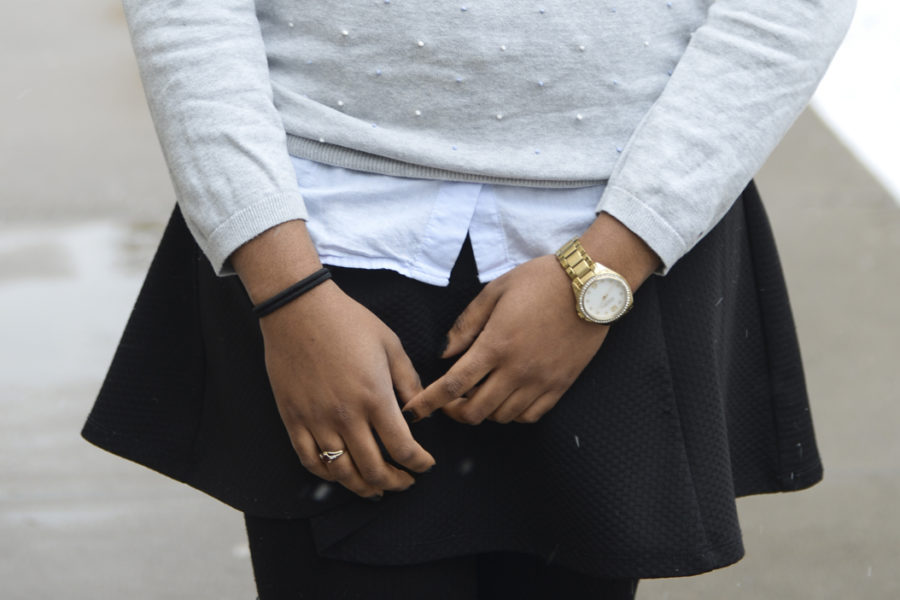 Despite her intense involvement on and off campus, Crevecoeur manages to carry herself with a cool presence and genuine smile.

“She is involved in everything, and you would never know.” Celia Millard, a friend of Crevecoeur, said. “She’s always just happy-go-lucky, talks to everybody, becomes friends with everybody naturally. She just lights up a room, really.”

Crevecoeur’s always got a pair of headphones positioned around her neck and accredits some of this composure to the soothing wind instrument music of various Icelandic composers that she listens to between classes.

Crevecoeur has been dancing since she was 4 years old and carried her love of movement and choreography to Pitt through her involvement in the Pitt Dance Ensemble. It’s the same mantra that she carries for dance that underlies her day-to-day life.

“If I’ve prepared as much as I can, when it comes to exams and applications, there’s only so much I can do, and if I know that I’ve done it, then it’s out of my hands,” she said.

Her open mindset has steered her to new opportunities with dance at the Pittsburgh Ballet Theater, internships with the city of Pittsburgh and the Public Relations Institute of Australia — and has expanded her overall impact on campus. In her first year at Pitt, she channeled her inner “Sasha Fierce,” gave herself an internal pep talk and showed off a dance she had choreographed herself for the Pitt Dance Ensemble’s informal October show. Only one spectator was in the audience, but Crevecoeur continued to dance it out, smiling through the whole number.

“Even if you mess up, you have to roll with it,” she said. “You improv it out because you just have to leave it all on the dance floor.”