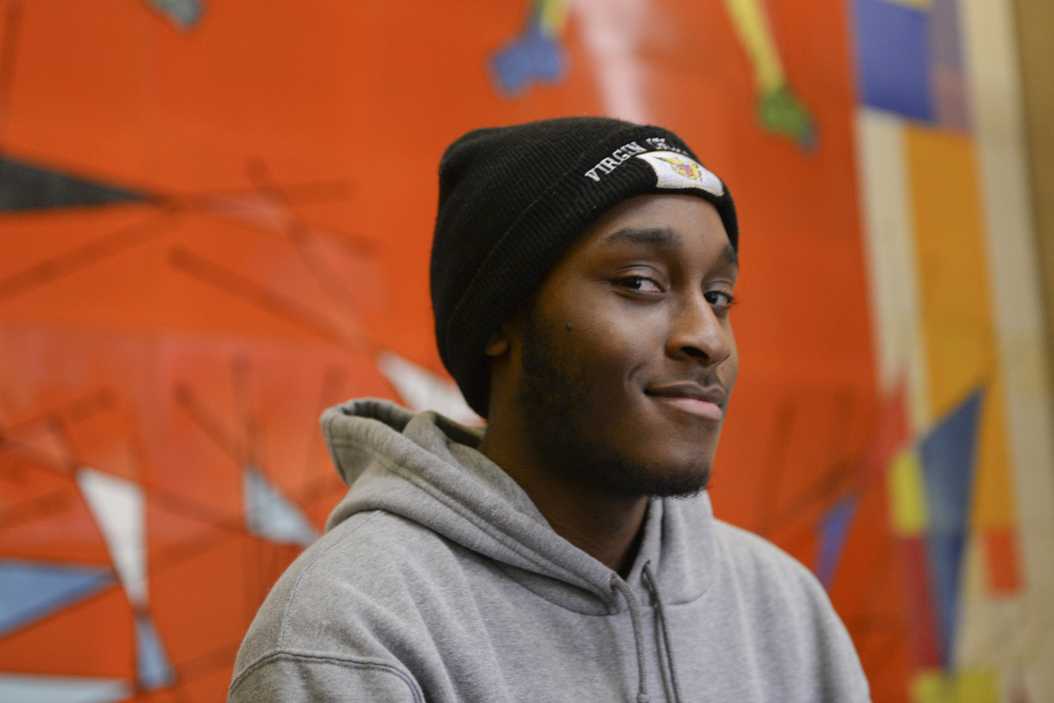 In mid-October of his first year at Pitt, Rasul Adams saw an opportunity to break into the social world of college life he had been avoiding — and he decided to take it.

After walking around campus, classes and his residence hall in almost complete silence for weeks, still reeling from the culture shock of emigrating from the Caribbean, Rasul decided it was time to make friends. When he saw two guys from his dorm watching one of his favorite shows, “The Walking Dead,” he joined them and struck up a conversation.

“I just kind of saw it there, and I thought, ‘Maybe I should,’” Rasul said. “This was my opportunity, and I took it, and I feel good about that.”

Rasul spent the first 18 years of his life on the island of St. Croix, and his adjustment to Pitt this past fall wasn’t easy, especially since he hasn’t been able to find another Caribbean student here. He’s soft-spoken — a self-described homebody who first viewed his fellow students as a sea of strangers.

“I almost have to shield certain things so I don’t get overexposed,” Rasul said. 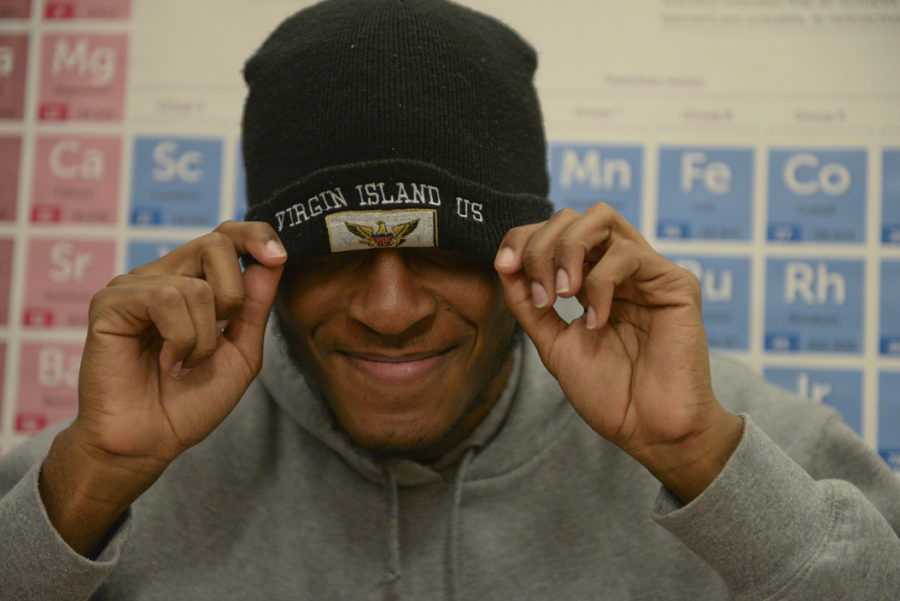 Rasul feels plagued by the weight of cultural dissonance. He often finds himself switching off his native Crucian dialect, which is familiar only to those from the Caribbean. Finding a community has been rough. He’s technically not an international student, since St. Croix is a U.S. territory,  and while he’s attended a few meetings of the Black Action Society — and fully supports its initiatives — he can’t always identify with its members.

“I’m not trying to rescind the fact that I’m black, but at the same time, I feel like I’m more Afro-Caribbean than I am African American,” Rasul said.

In St. Croix, with a 76 percent black population, Rasul never felt out of place based on the color of his skin. He had Latino friends, as well as some Asians who had come from the Phillipines. They shared a set of values that Rasul describes as distinctly Caribbean, hard to pin down completely unless you’re part of it.

Yet, Rasul left behind the comfort of St. Croix, its endless sunshine and vibrant greenery lining clear blue water, to pursue an education in the States. His decision aligns with a cultural trend much larger than himself.

His generation, a would-be new wave of people to join the workforce, is fleeing the island’s current state of economic decline. The unemployment rate was 10.5 percent in February — more dire than ever before. In locals’ place, former tourists are deciding to relocate to St. Croix, precisely for the prototypical tourist visage they can find among the clear water and white sand beaches.

He recalls a time when he visited the home of a private school friend whose family had relocated to St. Croix from the States. His two-story house, atypical of the local bungalow-style homes, was perched in the hills, complete with an in-ground pool beside it.

“You’re basically trying to recreate where you were in the States, but you’re not living the ‘island life,’” he said. “Like, people [from the island] don’t have pools — you go to the ocean.”

This Americanization, as Rasul describes it, is visible on other parts of the island, too. Recently, a construction crew cleared an entire field, previously untouched and scattered with tropical flora, for a Home Depot. Elsewhere, there are plans to put in a Walmart, which will stand in stark contrast to the centuries-old historic town center where many local shops are being run out of business. 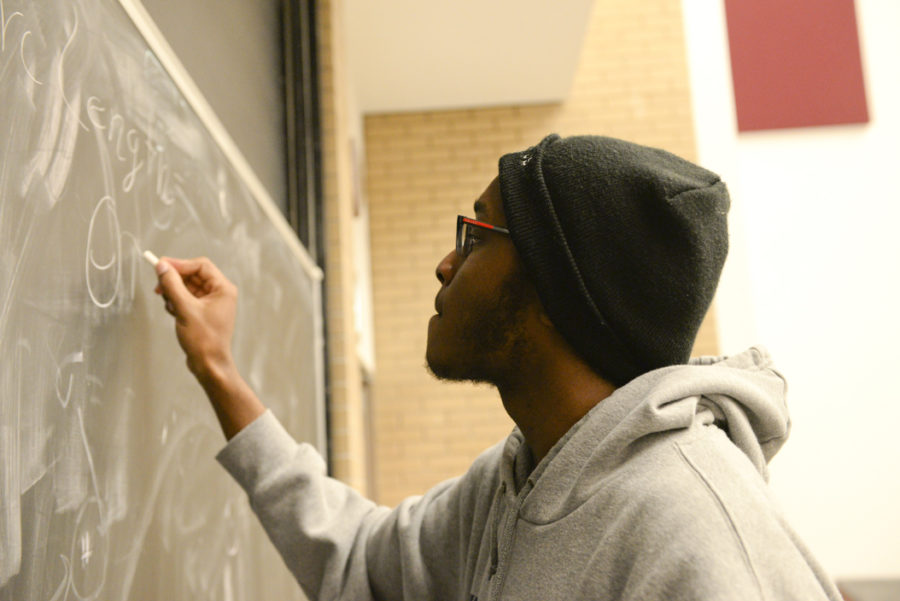 “There’s a clear separation between people who’ve grown up there and were raised there and people who moved there,” Rasul said.

Yet Rasul longs for the home he remembers. He misses his mother’s cooking: saltfish paired with provisions and a Caribbean dish called fungi, made with okra and cornmeal. He misses the house his father built from the foundation up with a couple of his carpenter friends.

Most of all, Rasul misses the community he grew up with where nearly everyone he passed on the street knew his name and greeted him warmly. Now, half of his friends are scattered in universities across the United States, and the rest, who he sees only on rare trips home, are back in St. Croix.

But — like the majority of his friends from St. Croix — Rasul came to the States seeking opportunities beyond the island’s edges.

“Greener pastures is the best way to put it,” he said, employing an idiom that seems ironic given the paradise he left behind.

As spring approaches and Rasul begins to close out his first year at Pitt, he acknowledges that he’s come a long way from the timid guy who wouldn’t leave his dorm room. Slowly but surely, Rasul has made strides in crossing the cultural divide that seemed to paralyze him his first month in Pittsburgh. He’s even making more friends in his dorm, Forbes Hall.

Some of them even remind him of people back home on the island, like Walt, who is “burly yet goofy,” as Rasul puts it.

He plans to pursue a major in neuroscience, keeping with a lifelong fascination with the brain, and maybe go to medical school after he earns his degree. Rasul’s only wish for the end of these four years is to eliminate the uncertainty he currently fosters for his future and career.

“I needed to stop shielding myself from growing up,” he said. “Being home, I wouldn’t be able to branch out to do the things I need to do.”