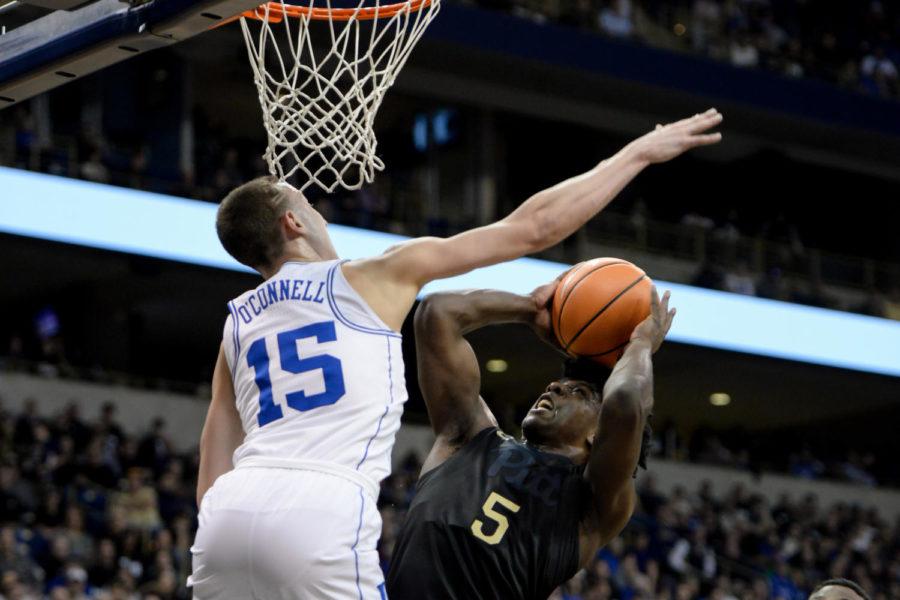 The Panthers kept the game close early, swapping points back and forth with the Tar Heels for nearly all of the first half. Both teams shot well, with Pitt shooting 48 percent, and UNC 51. Junior guard Jared Wilson-Frame led the charge with 12 points in the first 10 minutes, followed by first-year guard Marcus with nine. First-year guard Parker Stewart also contributed six rebounds.

With four minutes remaining in the half, the Panthers were up 31-30, but they didn’t keep the lead for long. By the three-minute mark, the Tar Heels began to pull away — going on an 8-0 run, followed by another 6-0 run to put a Panthers first half scoring advantage out of sight.

The first half also saw a strong performance from graduate guard Cam Johnson, a Pitt alum who transferred to the Tar Heels in controversy at the end of last season. Johnson, who has started for UNC most of the season, scored 11 points for the Tar Heels in the first half, finishing with 14 total.

The Tar Heels pulled away even further away with a 6-0 run with two back-to-back threes in the first four minutes, and by the 12-minute mark led 67-41.

With fewer than 10 minutes remaining, the Tar Heels continued to score, extending their lead to over 25 points and capturing a gnarly putback dunk from senior guard Theo Pinson. UNC dominated the glass all night, out-rebounding Pitt 47-28.

Junior forward Luke Maye led all scorers with 26, one of six Tar Heels in double figures. First-year guard Marcus Carr lead the Panthers with 22, followed by Wilson-Frame with 15.

Pitt will seek to stop their record-breaking losing streak when they travel to South Carolina this Thursday to take on No. 20 Clemson. Tipoff is at 7 p.m.