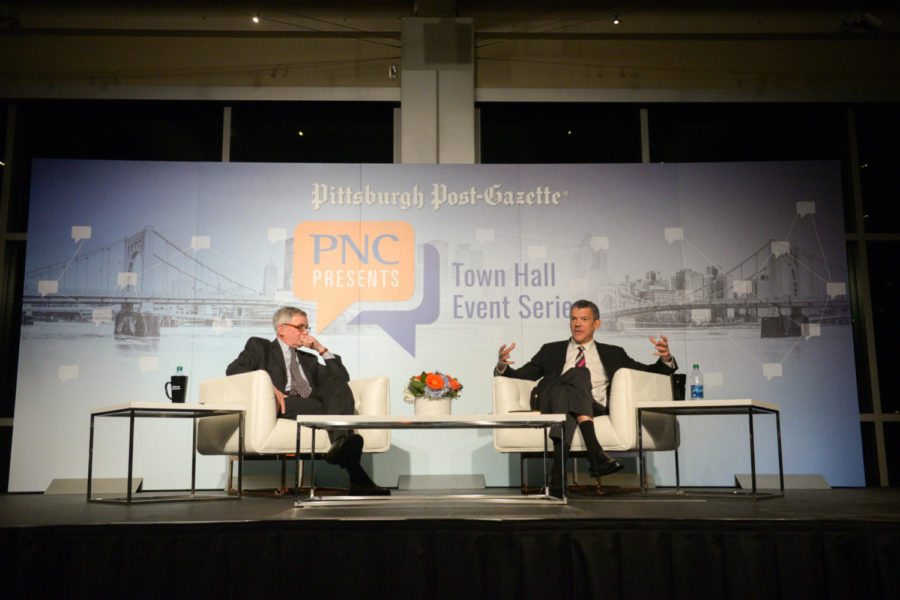 By Alexa Marzina | For The Pitt News

Mark Whitaker is a Philadelphian infatuated with Pittsburgh.

He is also an esteemed journalist who worked for Newsweek Magazine for three decades and became the first African-American to lead a national newsweekly. But that infatuation with the Steel City is what led him to investigate his father’s Pittsburgh upbringing.

Whitaker, author of “Smoketown: The Untold Story of the Other Great Black Renaissance,” spoke at the Heinz History Center Monday night for the Town Hall Event Series presented by PNC and the Pittsburgh Post-Gazette.

David Shribman, executive editor of the Post-Gazette, moderated the event and invited Whitaker to pretend the audience wasn’t there and treat the talk like a conversation between them.

“You can tell me some secrets,” Shribman said.

Whitaker, however, didn’t hesitate to share information and openly discussed his book. “Smoketown,” published in January, investigates black Pittsburgh from the 1920s to the ‘50s, covering cultural highlights like baseball, jazz music and the Pittsburgh Courier, one of the top black newspapers in the United States.

The Homestead Grays and the Pittsburgh Crawfords baseball teams traded star players such as Cool Papa Bell, Josh Gibson and Judy Johnson through the ‘30s and ‘40s, leading to eventual success for both teams.

Pianist Erroll Garner also takes a spotlight in “Smoketown,” as his ballad “Misty” had become a jazz standard. Whitaker says though Garner was unable to join the Pittsburgh Musicians’ Union — members were required to read music, and Garner only played by ear — he was “a total genius.”

“He composed one of the great songs in the American songbook,” he said. “In the late ‘50s, early ‘60s, Erroll Garner was probably the best-known jazz pianist in the world, really.”

Samuel Weber, a junior communication and English writing major, attended the event and was surprised by Whitaker’s honesty in his book. “Smoketown” discusses Pittsburgh’s largely “unsung community” and reminds readers “that black history is not all bleak,” according to the event program.

“I didn’t expect him to be so open and ready to talk about the topics he discussed in ‘Smoketown,’” Weber said.

“The beautiful thing was this was not about being black or white, but rather the gathering of a community that was celebrating a history that was neglected for so long,” Dickerson said. 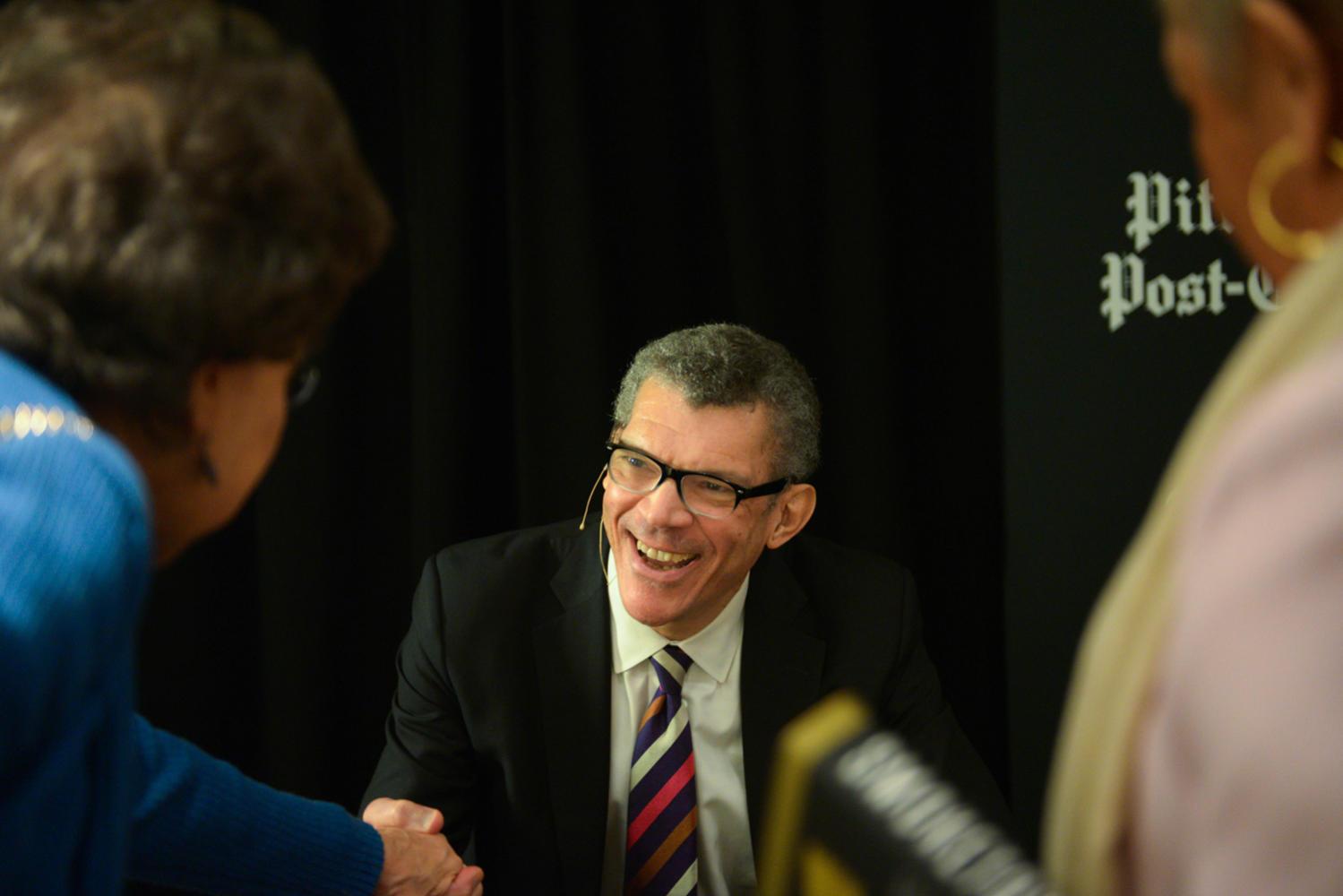 While “Smoketown” is his most recent book, Whitaker is known for other works as well. His first book, “My Long Trip Home: A Family Memoir,” published in 2011, is a combination of memory and reporting on his family’s history in Pittsburgh — his father, a scholar of Africa and born to undertaker parents, was absent for a while during Whitaker’s early teenage life.

Whitaker describes his parents’ interracial relationship as being “doubly scandalous,” saying they “broke all the rules,” because that type of relationship was still illegal in the ‘50s.

He visited the Cathedral of Learning earlier in the day to speak to a journalism class about writing memoir and autobiography, as well as to discuss his process for writing “My Long Trip Home.”

“I think [objective] is a dangerous word,” he said to the class. “[But] I think it’s possible to be what I call dispassionate … I was an unreliable narrator in my life to myself.”

Whitaker also shared his thoughts about the current gentrification of Pittsburgh neighborhoods compared to the once-booming life on the Hill. While he said he had many opinions, it also took him a while to answer.

“What I would like to see happen” he said, “Is [for Smoketown] to remind people who are benefitting from the current renaissance … is that there is this history.”