Lawyers navigate the intricacies of assault 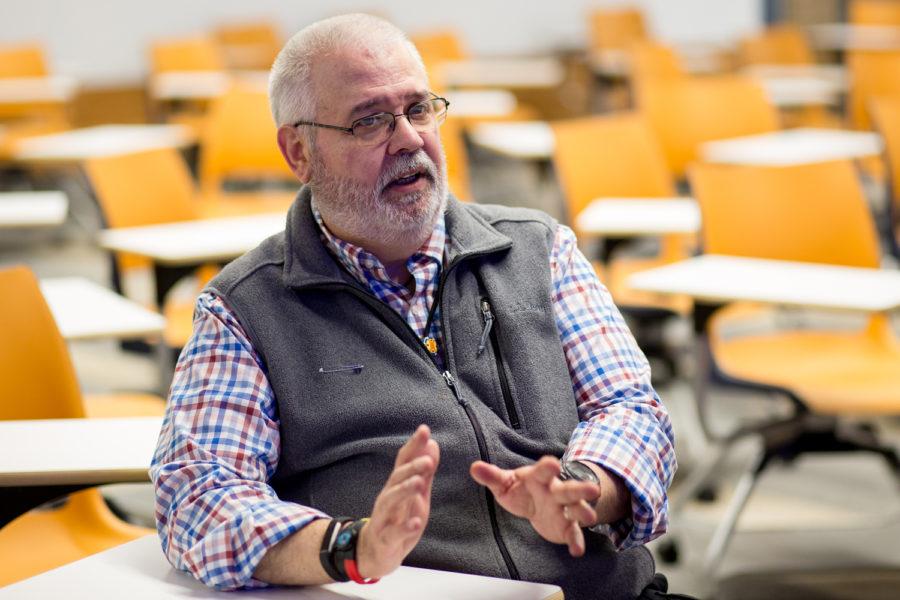 Pitt professor David Korman says some people are quick to criticize the judicial system for not putting enough emphasis on victims’ rights, while not accounting for the rights of the accused. (Photo by Thomas Yang | Visual Editor)

Within the first 24 hours of the #MeToo movement going viral in October 2017, there were more than 12 million posts, comments and reactions made by 4.7 million Facebook users worldwide. The movement has since reached more than 85 countries, shedding a new light on advocacy for survivors of sexual harassment and assault.

But the idea of supporting sexual assault survivors is relatively new. Most jurisdictions in the United States didn’t adopt variations on rape shield statutes — laws designed to protect victims of sex crimes during criminal proceedings — until the late 1970s.

David Shrager, a Pittsburgh-based criminal defense lawyer, said the shift to consider survivors is needed — but that doesn’t mean the defendant’s rights should be forgotten.

“The victims need to be heard, they need to have a voice, they need to be able to say what happened in a safe space where they can be respected,” Shrager said. “But at the same time, the [defendant] … has civil rights and civil liberties in the Constitution of the United States.”

The victim — considered a “complainant” in the Pennsylvania Consolidated Statutes — functions solely as a witness during a criminal trial. The plaintiff of a criminal case in Pennsylvania would be the Commonwealth of Pennsylvania. The only time a judge is obligated to believe the victim is in the preliminary arraignment, when a criminal defendant hears the charges against them.

David Korman, a professor in Pitt’s Graduate School of Public and International Affairs and a lawyer, said people often criticize criminal law for not putting enough emphasis on victims’ rights, but the judicial system is designed in this way to protect the rights of the accused.

According to Korman, criminal trials aren’t about whether a person is good or bad, or whether they deserve punishment. Rather, the question is if the Commonwealth can prove beyond a reasonable doubt that the defendant did a certain set of acts at a specific time and location.

He also said media and popular culture has perpetuated many misconceptions about sexual offenses. Pragmatic misuse in media coverage has created confusion surrounding definitions of “rape” and “sexual assault.” According to the PaCS, rape requires the use of threat or force, whereas sexual assault is defined as any act of intercourse without consent.

David DeFazio, professor in the Graduate School of Public and International Affairs and a criminal defense attorney, noted the influence of media on the public’s perception, saying inaccurate representations of sex crimes in TV shows and media have caused jurors to have false expectations in criminal trials.

Jurors tend to expect physical evidence in deciding the outcome of a case. However, tangible evidence, like rape kits, only prove sexual intercourse occurred. The important part in determining the guilt or innocence of a defendant is determining consent or lack thereof in conjunction with sexual intercourse.

According to Korman, determination of consent rests on the totality of the circumstances — a standard that encourages consideration of the context, the setting and relationship in concluding whether there is probable cause.

“Did they know each other? Are there wounds? … Was there a weapon used?” Korman said. “All of those things would tend to indicate it wasn’t consensual. You got to look at the totality of it.”

One of the gray areas surrounding the totality of the circumstances lies within the difference between assent and consent. Assent is an expression of approval from an individual. This differs from consent because an assenting individual may not be able to give legal agreement to participate in a certain activity for reasons pertaining to mental impairment, age or force.

Mike Manko, the communications director and chief spokesperson for the District Attorney’s office, said factors determining consent are difficult to generalize since every sexual assault case is different. The priority for prosecuting attorneys lies in protecting the well-being of the victim.

To avoid confusion between assent and consent, Shrager said individuals should look for “exuberant consent” in their relationships. While not legally required, it’s a “good benchmark.”

“There is a possibility wherein two people are engaged in behavior, and one person completely believes it’s consensual and wanted, and one person feels uncomfortable about it, but maybe hasn’t said the word ‘no,’” Shrager said. “‘Exuberant consent’ … means not only is the person not maybe saying no, or fighting or something, but they’re enthusiastically … wanting to engage in the same behavior as you.”

Shrager said increased access to sociological and cultural information can be attributed to the shifts in interpreting consent across the world.