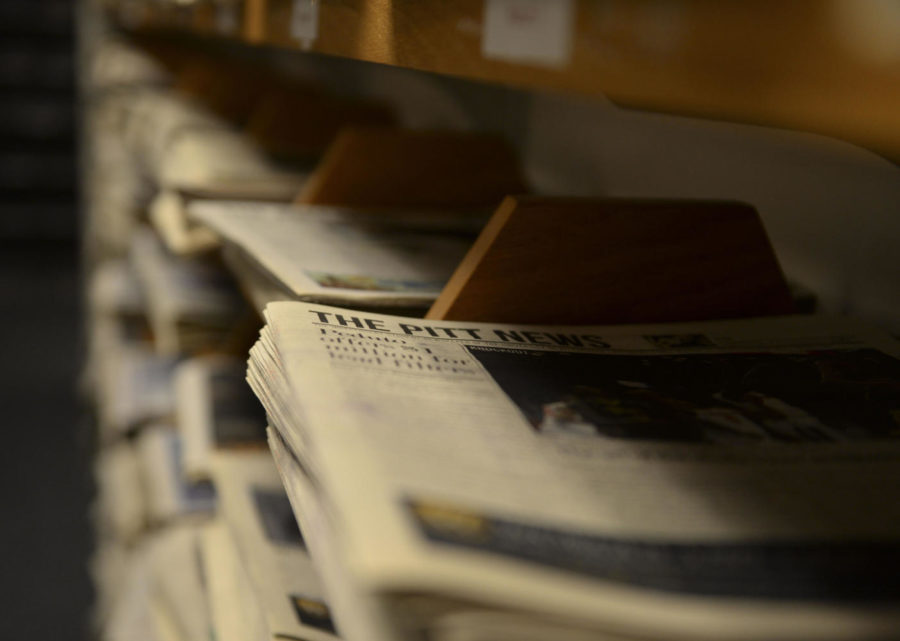 The PNA’s 2018 Keystone Press Awards recognized “high school and college journalism that provides relevance, integrity and initiative in serving readers” in Pennsylvania, according to its website. The Pitt News competed in the Division I bracket of the contest, which includes four-year colleges and universities with enrollment of 10,000 students or more.

In the column category, entries included a portfolio of three entries by the same author on any subject. Christian Snyder won first place for his columns “Infant circumcision disregards basic human rights,” “Greek life promotes dangerous, elitist culture” and “Analysis: How a 1999 NATO operation turned Russia against the West.” Snyder is currently the online visual editor but previously served as the assistant opinions editor.

Two staff illustrators received recognition in the cartoon/graphic illustration category, for which a portfolio of three pieces was submitted. Raka Sakar won first place for her illustrations for the stories “Celebrity deaths: Don’t blame it all on 2016,” “Talk about periods to end the stigma” and “Hate crime penalty protects a diverse society.” Garrett Aguilar earned an honorable mention for his basketball preview cover illustration and for his illustrations for “Volunteer, but not on Thanksgiving” and “Horror movie classics should be standard for scares.”

In the feature photo category, former visual editor Elaina Zachos won second place for her photo in the feature she wrote on Alejandro Morales, which explored his life as an orthopedic surgeon.

The PNA will honor award recipients in Hershey, Pennsylvania, at the America East Media Business and Technology Conference Wednesday, March 14, 2018.