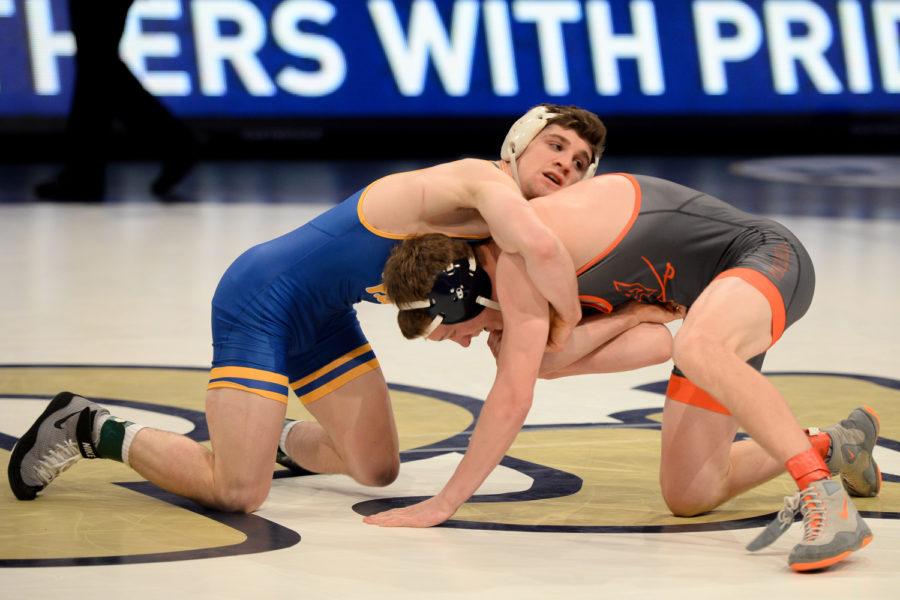 It was a quiet weekend on upper campus as Pitt sports traveled across the states to take on new and familiar foes.

While many students stayed in Oakland this weekend, the baseball team travelled to Florida to compete against Oakland University. And while Pittsburgh experienced some snow, baseball and softball saw offensive flurries in their travels to the sunny south.

For the fifth straight time this season, the Pitt men’s basketball set a school record — this time after an 88-75 road loss to Florida State Sunday — extending the team’s record losing streak to 15.

This time, the Panthers (8-20 overall, 0-15 ACC) kept it close — leading the Seminoles (19-8 overall, 8-7 ACC) for much of the first half and trailing by only one at halftime, and trailing close for most of the second half.

But, as the Panthers have done in past games, they faltered down the stretch — slipping away at the end of the second half to hand over the victory once again.

Much like last week against Duke, the team registered seven victories to take down the University of Virginia Friday night for the final home match of the season at the Pete. The win moves the team to 4-10 on the season and 2-3 in the ACC.

Though they got a conference win Friday, the Panthers fell to No. 9 Lehigh Sunday by a score of 25-10.

Next up for the Panthers is the ACC Tournament on March 3 in Chapel Hill, North Carolina.

[Click here to see more photos from the match]

Despite being outperformed by eight of the 12 other teams, the Pitt women’s swimming and diving team showed significant signs of improvement, breaking 11 school records last weekend at the ACC Women’s Swimming and Diving Championships.

Though they improved on last year’s score by 66 points, the Panthers placed ninth with 494 points in the competition, which began Feb. 14 at the Greensboro Aquatic Center in North Carolina and concluded Feb. 17. Standout performers included seniors Lina Rathsack and Amanda Richey, as well as sophomore Valerie Daigneault.

The baseball team started their season Friday with a 9-3 victory over Oakland in their first game of four at the Sunshine State Classic in Kissimmee, Florida.

Pitt registered 10 hits on the day with redshirt junior Liam Sabino leading the way, going 4-5 with two RBIs and a home run during his first at bat as a Panther.

On the mound, redshirt senior Matt Pidich had seven strikeouts, a career high, and just one earned run and three hits over six innings. First-year Chase Smith came in for relief and pitched 1.1 hitless innings.

Pitt’s record went to 2-1 Saturday with a win over Toledo and a loss to Saint Louis.

Saint Louis sprung out to an early 6-0 lead, and though the Panthers almost launched a comeback, they fell 6-5 to the Billikens.

Sophomore pitcher Dan Hammer started the day strong, but then allowed four runs across the plate during the third inning. First-years Ron Washington Jr. and Caleb Parry both recorded their first career RBI, but it would not be enough in the end. Alex Amos also chipped in with two hits and an RBI.

The team defeated Toledo later in the day by a commanding score of 17-3. The offensive power was on full display as Pitt scored 17 runs in the first five innings, keeping Toledo to just three.

Redshirt sophomore Derek West made his debut on the mound after being plagued by injuries in the 2016 and 2017 seasons. He allowed just one run and three hits in his 68-pitch performance. Redshirt senior Frank Maldonado led the team in hitting, going 3-5 with two RBIs. Sabino and sophomore Nico Popa both went 2-4, with Sabino adding two RBIs.

The Panthers took on Oakland University again Sunday and again they were victorious. They won 2-0, giving them an opening record of 3-1.

The pitching staff was the star during the shutout, allowing just four hits. Redshirt junior Blair Calvo got the start on the mound and had five strikeouts in three innings. Sophomore RJ Freure is credited with the win, striking out nine and allowing just two hits in five innings.

Next weekend the Panthers are on the road for the Wofford-USC Upstate Tournament in Spartanburg, South Carolina. They will face Presbyterian, USC Upstate and Seton Hall.

The softball team took part in the Big Ten/ACC Challenge in Chapel Hill, North Carolina, this past weekend, playing Wisconsin and Illinois two times each. After going 2-2 on the weekend, their record now sits at 5-3-1.

The team lost their first game Friday to Wisconsin, 5-1, in the first of two matchups with the Badgers. The game was 2-1 heading into the fifth, but Wisconsin quickly pulled away and put the game out of reach after a flurry of offense led to three runs crossing the plate.

The Panthers fell again later in the day, this time in a 5-4 extra-inning game against Illinois. Both teams showed their power in this outing by combining for a total of six home runs. Pitt Senior Giorgiana Zeremenko had two of her own — the first one tying the school record for home runs, and her second blast setting a new school record of 35 home runs.

Illinois tied the game on the final out of the seventh inning and forced extras. The Panthers eventually fell in the ninth inning after an error by senior McKayla Taylor allowed the winning run for the Chiefs.

Pitt picked up their first victory of the tournament Saturday in a second matchup against Wisconsin, winning 6-5. Junior Gabrielle Fredericks started the day off with a three-run home run, finishing the day 2-3 with four RBIs. Junior Alexis Solak had the team’s other RBI, as she hit 2-4.

Sophomore Brittany Knight started for the Panthers in the circle. She gave up two hits over 3.1 innings. After going to extras for the third time this season, the Panthers emerged victorious in the ninth inning. An error allowed Taylor to score the winning run.

The Panthers closed out the weekend with a dominant performance, avenging their loss to Illinois with a 9-0 victory over the Fighting Illini Sunday. Junior Olivia Gray led the way offensively with the lone home run of the day and three RBIs. Overall the Panthers registered 11 hits.

In the circle, Knight and junior Sarah Dawson combined to pitch the first shutout of the season. Dawson started and allowed five hits in four innings, with five strikeouts. Knight came in for relief and retired the side.

The preseason tour continues next weekend in South Carolina where the team will take part in the Chanticleer Showdown against Georgetown, Saint Joseph’s and Coastal Carolina.

The Panthers took down the Nittany Lions of Penn State by a score of 5-2 in their Sunday matchup in Wexford.

It started with doubles, and the Panthers won all three matches and claimed the first point of the match. In singles play, junior Luisa Varon, first-year Claudia Bartolome, senior Callie Frey and junior Natsumi Okamoto all emerged victorious.

The Panthers’ record is now 5-2 overall and 0-1 in the ACC. Their next match is in South Bend, Indiana, as they take on the Notre Dame Fighting Irish Saturday.

The Panthers finished last in their tri-meet with West Virginia and Maryland Sunday, losing by .975 with a score of 195.250.

Next weekend the team will travel to Lincoln, Nebraska, to face the University of Nebraska in an evening matchup.