Letter to the Editor: Student voters responsible for turnout rate 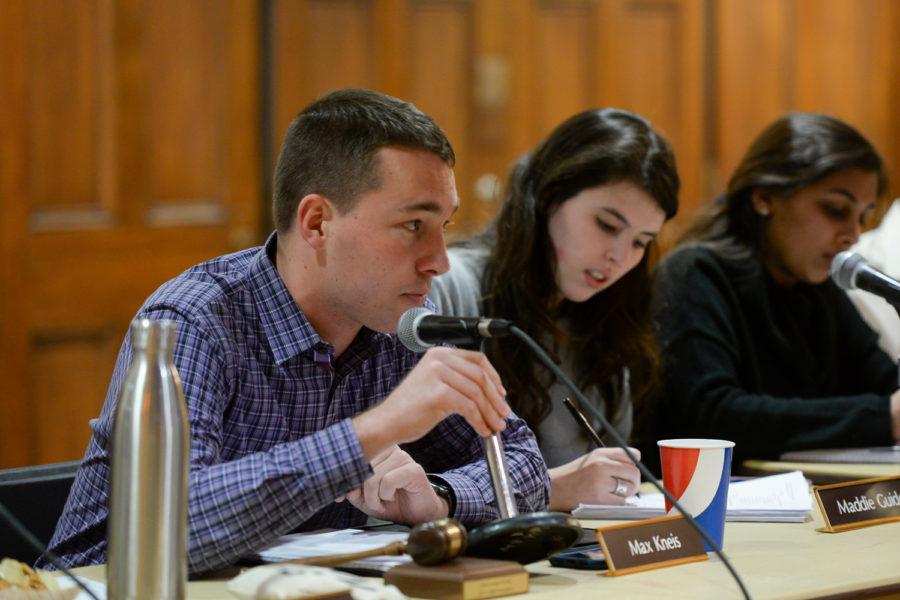 By Student Government Board

As the current president and elections chairwoman of the Student Government Board, we feel compelled to respond to Tuesday’s opinion piece titled “Student election interest starts with SGB slates.” While we agree voter turnout should be significantly higher and more students should have their voices heard, the article included several skewed facts we’d like to address.

Last year’s voter turnout was a record for an SGB election and we also received the most applications for appointed positions in our history — more than 90 for roughly 35 positions. This year that trend continued with 48 students vying for eight spots on the first-year council and 27 first-years applying for two reserved spots on the Allocations Committee.

Additionally, comparing our voter turnout percentage to Notre Dame’s leaves out several key facts. First, only 4,846 voters cast ballots in South Bend, Indiana, last year — 331 less than voted in Pitt’s last election. It is much easier for a school with a smaller population to have a higher turnout, and Notre Dame’s enrollment was completely left out of the article.

In the spring of 2017, Pitt ranked fifth out of the 15 ACC schools, and only one school with more than 10,000 eligible voters — the University of Virginia — saw a higher turnout than Pitt. Pitt students already vote in higher proportions than our conference peers. The low voter turnout isn’t just a Pitt problem — national, state and local elections saw millennials voting at record lows as well. Placing the blame on Pitt’s specific candidates is, quite simply, false and counterproductive.

Candidates and their supporters spend an enormous amount of time promoting their campaigns. When I — Max — ran for SGB president last year, I reached out to every single student organization to come speak to their members, and my slate made more than 100 such appearances in a span of three weeks. Candidates spend hundreds of their own dollars to purchase T-shirts, buttons, stickers, pens and food to promote the election, in addition to recruiting volunteers to help chalk the entire campus before voting begins. To place a higher burden on the slates is just not fair. If a student is interested in learning about specific platforms, they can visit the multitude of websites and social media pages each candidate creates, or read the full biographies at a single source, the SGB candidate overview on our website.

The Elections Committee’s main responsibility is, and should be, to oversee a fair election. Numerous rules govern the process and they work to ensure all procedures are followed and every student has an equal chance to campaign. Understanding all aspects of the elections code and holding infraction hearings are their top priorities.

However, the committee does work as much as they can to improve voter turnout through new and expanded ideas. They hold information sessions, plan events, table and promote on social media. New this year, a banner has been hanging on the front entrance of the William Pitt Union starting Feb. 7 and all campus TV screens show information about each candidate’s main goals. In addition to a Campus Connect text message, an email was sent to all eligible voters the morning of the election for the first time ever. These last two avenues are enough to let every student at least know the election is occurring.

Ultimately, the student voters themselves need to take advantage of their democratic benefit and vote. Each candidate’s vision is included on the ballot next to their name, so every student has the opportunity to fully educate themselves on platforms when they go to vote. Even if a student has not interacted with candidates before Election Day, enough information is provided to make a sound judgement.

We are constantly looking to enhance voter participation and have implemented numerous plans this year described above. Additionally, The Pitt News sends a reporter to each public meeting and was aware of the entire elections timeline months in advance. If they’d like to increase turnout, we welcome them to run their own promotions, earlier than a voters’ guide the day before the election. We are all ears if the author has any tips other than loosely formed and highly skewed critiques.