Cultivating curls and confidence at The Beautiful Summit 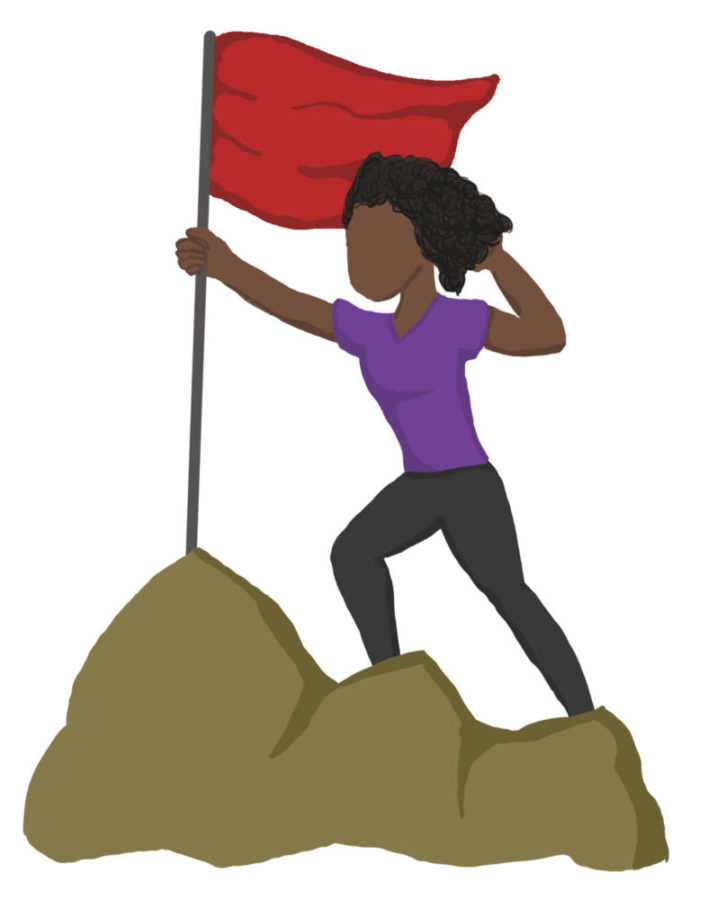 By Abigail Tesfay | For The Pitt News

The O’Hara Student Center became a hub of support and encouragement this past weekend as black women gathered in solidarity.

Hosted by Pitt’s offices of Diversity and Inclusion, Students Affairs and Residence Life, the first Beautiful Summit — dedicated entirely to the empowerment and wellness of black women — took place at the O’Hara Student Center Saturday, Feb. 24. The five-hour event featured guest speakers, workshops and networking events for black women of all backgrounds and ages to come together.

The conference began at about 10 a.m. with a welcome address from the sister of ceremonies Khadijah Adamu, a senior legal studies and communications major, who would regulate the flow of the events for the day and introduce each speaker.

Adamu introduced Linda Williams-Moore, associate dean and director of Student Life, who welcomed the group of about 50 and shared why she wanted to be a part of the Beautiful Summit — her passion for making black women everywhere feel loved and supported.

Following Williams-Moore, keynote speaker Cheryl Ruffin, manager of affirmative action at Pitt, spoke about the legacy black women come from before attendees were dismissed to their choice of workshop.

The workshops included two options — one titled “The Woman as a Key Player,” focused on the role of women in positions of leadership in society and another called “Moisturizers, Butters, and Oils, Oh My,” meant to inform women about the best ways to take care of natural hair. Participants could also attend “Black Girl in Omm,” a yoga class after the workshops meant to celebrate the beauty of the body and facilitate healing.

Senior chemical engineering major Kayla Williams led the “Woman as a Key Player” workshop, which centered on black women living in a male-dominated world and what that means for both genders. The workshop had a conversational format — the group sat in a circle and contributed to the discussion. Attendees shared their own personal experiences as black women — but more specifically as black women interacting with men.

“I feel like the conversation around women is always around us being a victim,” Williams said. “Even though we are being victimized, I was trying to give us a chance to not talk about ourselves as victims.”

Williams said she hoped to promote wellness among the women who attended her workshop, but also that she felt it was important the event was targeted specifically for black women.

“It was really just to bring black women together in order to network and talk about our experiences, sort of feed off of each other’s energy and just kind of embrace also being a black woman as well,” she said.

Members of the Cultivating Underrepresented Leaders of Success organization on campus led the “Moisturizers, Butters, and Oils, Oh My” workshop, which celebrated natural hair and provided resources for what products might work best. Ogechukwu Opaigbeogu, the president of CURLS, led a presentation walking attendees through helpful hair tips.

The presentation began by outlining the biological background behind kinky or coily hair and explaining scientifically how it should be cared for — stressing moisturization as a key element. Opaigbeogu then explained some of the best products for moisturizing hair and keeping it healthy before going through a slideshow featuring various butters, oils and creams for a variety of hair types and budgets.

Opaigbeogu, a senior neuroscience major with a certificate in Africana Studies, started CURLS to help fellow Pitt students embrace their natural coily hair and to provide them with hair-care resources.

“It was started here at Pitt to give minority students with natural hair — hair that has been defined by the media as ugly and undesirable — a space to embrace themselves and practice self-love,” she said.

Opaigbeogu said she was impressed by the diversity of the attendees at the Beautiful Summit — ranging from undergraduate and graduate students to professionals, all from multiple areas and universities.

“It was so wide-reaching,” she said. “it was the first of its kind focused specifically on celebrating and empowering black women, a group that often gets overlooked.”

Following workshops, PittServes outreach coordinator Shenay Jeffray emceed a networking luncheon. Jeffrey divided the attendees into smaller group discussions while also sharing some of her own story and the reason she felt connected to the Beautiful Summit — a passion for making everyone feel secure in their own skin.

Toward the end of lunch, everyone wrote encouraging messages to one another on canvas boards that had been included in their welcome bags. The conference closed with a few final words from Adamu and Williams-Moore.

According to Adamu, the event stuck out as one of the few — maybe the only — Pitt event in recent years that was entirely organized, taught by and designed for black women.

“It was a true representation of the amount of beauty and success that can be had when black women mobilize against all odds,” she said.