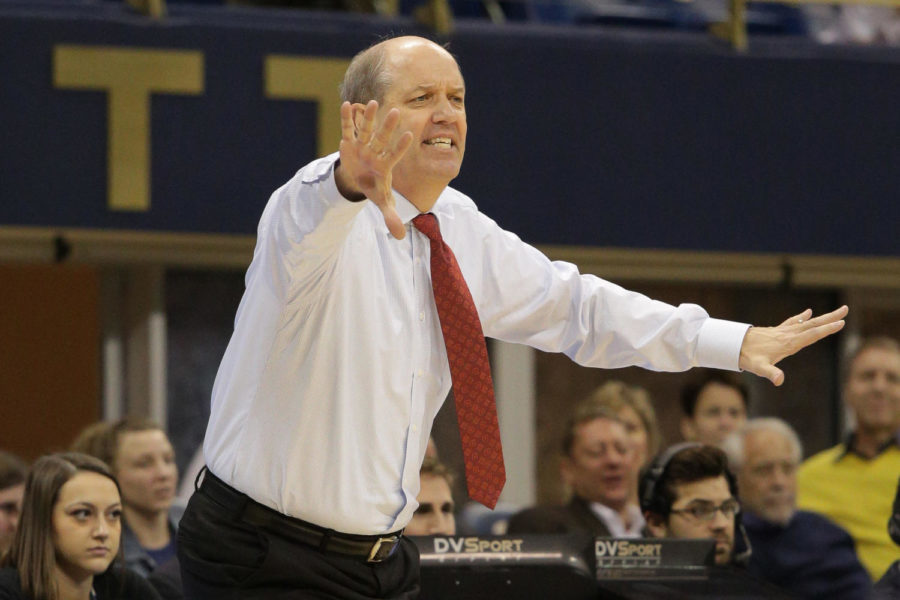 Former men's basketball coach Kevin Stallings was fired from the program on Thursday, but details of his departure remain unclear. (Photo by Thomas Yang | Visual Editor)

Pitt Athletics announced Thursday that Kevin Stallings would no longer be Pitt’s men’s basketball coach, but details regarding his multi-million dollar buyout are still unclear.

According to 93.7 The Fan’s Colin Dunlap, Pitt offered Stallings a reduced buyout of $4.8 million, significantly less than his estimated $9.4 million buyout in his contract. Dunlap added that Pitt planned to fire Stallings with cause if he didn’t accept the buyout.

According to Craig Meyer of the Pittsburgh Post-Gazette, Pitt started building a case to fire Stallings in February after the coach yelled at a Louisville fan who was heckling his players during the Jan. 2 game.

But if Stallings is fired without cause, Pitt will owe Stallings the full buyout, which his lawyers are arguing for.

“Mr. Lieber and I vehemently disagree with reports from unnamed sources that Pitt has cause to terminate Coach Stallings’ contract for cause based on comments Coach Stallings made at the Louisville game over two months ago on January 2, 2018,” Tompsett’s statement read. “It is our position that Coach Stallings is due and owed his full contract buyout.”

Pitt Athletics declined to comment on the matter Friday evening.