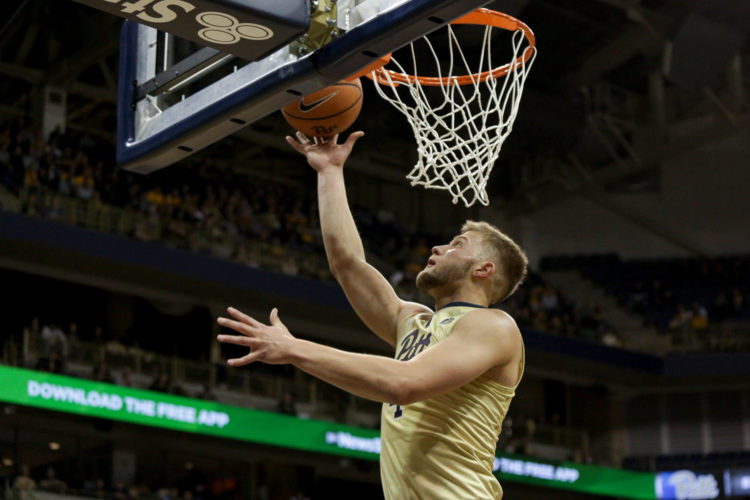 Pitt senior forward Ryan Luther is among eight players to request a release after the firing of head coach Kevin Stallings.

Seven players from the Pitt men’s basketball team have requested their release from the program, according to a report from ESPN.

The Panthers have now received nine total requests for release from either current players or committed recruits since the firing of former men’s basketball coach Kevin Stallings.

Luther was the only senior on the team last season. He was the team’s leader in both scoring and rebounding before missing the rest of the season after going down with a foot injury during Pitt’s Dec. 9 game against West Virginia.

Junior forward Malik Ellison also requested his release from the program. Ellison just transferred to Pitt last year and did not play a game this past season.

Three-star forward recruit Bryce Golden — who committed to Pitt in August — said Friday that he too would be requesting his release from the team according to a report from Rivals.com.

If all eight players do decide to transfer, the Panthers would lose more than 70 percent of the team’s total minutes played last season.

This is the second year in a row that the Pitt men’s basketball program has seen a mass exodus of players. Five players from last year’s team transferred while three others graduated, leaving the Panthers with just three returning players entering last season.

The Panthers will once again only bring back three players from this year’s roster. Among those returning are junior guard/forward Jared Wilson-Frame — who led the team in scoring last season — first-year center Peace Ilegomah and first-year forward Samson George.