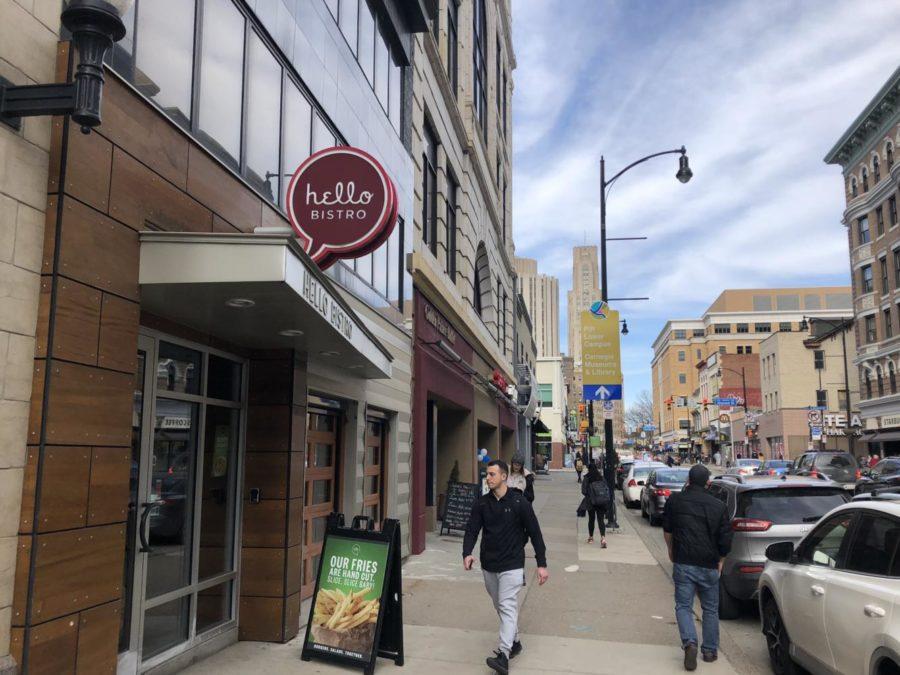 The City of Pittsburgh Police Department responded to an armed robbery at Hello Bistro Sunday night, according to a Pitt crime alert sent out Monday afternoon.

The crime alert from University of Pittsburgh Police said city police responded to the robbery at 11:11 p.m. The store closes at 10 p.m. and reopens at 10 a.m. every day.

A suspect entered the store on Forbes Avenue and placed a gun to a worker’s head, demanding money. The suspect fled from the back of the building with an unknown amount of money.

The salad and burger restaurant was open Monday afternoon and a manager referred questions to the corporate office. A corporate representative did not respond in time for publication.

The suspect is a thin black male, about 5 feet 7 inches to 5 feet 8 inches tall and wearing all black with a mask, the alert says.