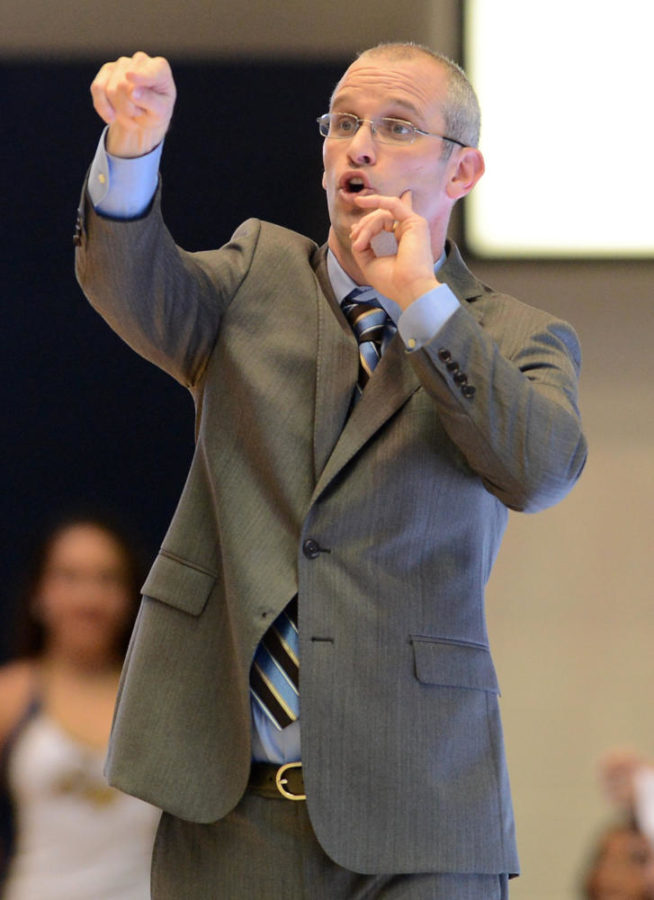 Rhode Island head coach Dan Hurley directs his players during the first half against George Washington on Jan. 11, 2014. (Chuck Myers/MCT)

Update: Hurley took the coaching job at the University of Connecticut, the school confirmed Thursday.

According to CBS Sports’ Jon Rothstein, Pitt has offered the Rhode Island coach more than $3 million to take Kevin Stallings’ old job at the helm of Pitt’s men’s basketball team.

Hurley is likely to decide between Pitt, Connecticut and Rhode Island in the next 24 hours, Rothstein added. Pitt’s offer is the highest of the three schools and would make Hurley one of the top 15 highest paid coaches in the nation, according to USA Today’s coaching salary database.

Hurley met with Lyke and her staff last week, according to the Pittsburgh Post-Gazette, following the firing of Kevin Stallings after a winless season in the ACC.

Stallings’ salary was never made public in tax documents due to his short stint at Pitt, but former coach Jamie Dixon earned $2.31 million in the 2015 fiscal year, making him the highest paid employee at the University. Pitt may have to pay Stallings more than $10 million to end his contract, though the school is reportedly trying to fire him with cause to avoid a payout.

Hurley, 45, just completed his 6th season at Rhode Island after losing to Duke in the second round of the NCAA Tournament. Widely credited with turning around the struggling program, he signed a seven-year contract extension at Rhode Island last year for about $1 million annually.

“I could care less what any other school in the country that’s looking for a coach or talks about me on social media — I could give two craps about that,” Hurley said after his team lost in the tournament Saturday. “My heart, my mind is with this program and these players that just lost a brutal game after having an amazing last couple seasons, and for me it’s easy.”

Pitt has offered Dan Hurley a multi-year deal in excess of $3 million dollars annually to be its next head basketball coach, per multiple sources. UConn and URI still in play.

The offers made to Dan Hurley by both UConn and Rhode Island are less monetarily than Pitt, but still very much in play, per multiple sources. Decision likely in next 24 hours.