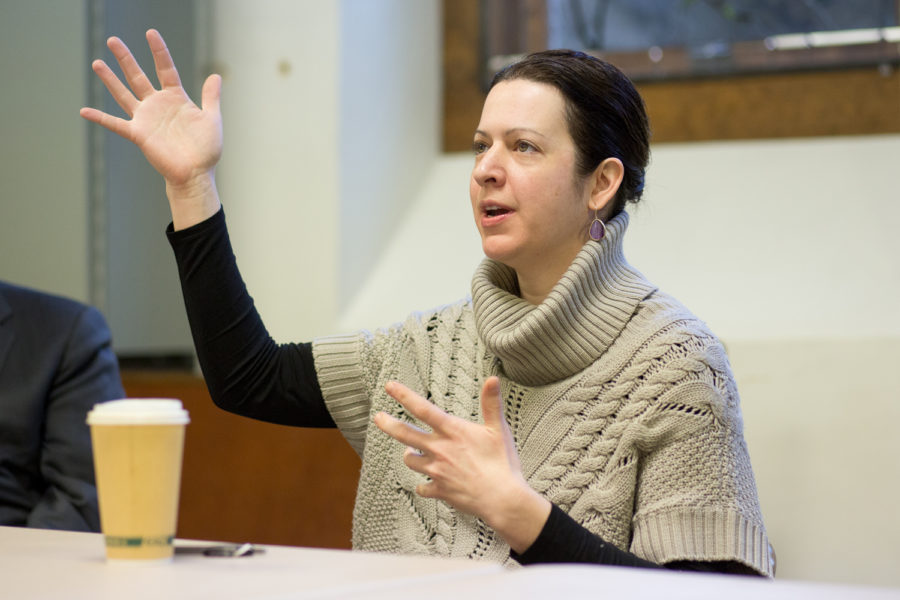 When Sonja Finn makes her daily trip to open the doors of Dinette — the restaurant she opened in 2008 — she won’t be thinking about the special election race she lost to Erika Strassburger on March 6. She’s more concerned with the union that endorsed Strassburger’s campaign, which may be sinking her restaurant.

The politically powerful union SEIU 32BJ released a statement March 5 claiming Finn had been diverting tips from 11 of her employees at Dinette from June 2015 to June 2017.

Though it’s unlikely that the union’s attack on Finn stripped her of a victory — she lost the election by a wide margin of 36 points — the accusations may have an effect on business at Dinette.

“[The union’s statement] was for sure meant to harm my business and harm me,” Finn told the Pittsburgh Post-Gazette. “And I have no doubt that it will.”

The union’s decision to bring up Finn’s restaurant was an unnecessary one — especially on the day before the District 8 special election. It left Finn no time to address the issue and reassure potential voters that she’s not “literally stealing from [her] employees,” as Sam Williamson, who leads the union in western Pennsylvania, said. In fact, she was doing quite the opposite.

Finn has employed a no-tipping policy at Dinette since July 2017, and before that paid employees well above minimum wage — at least $12 an hour. Finn also provides health insurance to employees.

Before Finn nixed tipping from the equation, servers would give five percent of their tips to cooks and 1.6 percent to dishwashers. Finn said that even after pooling tips, servers made more than $21 an hour on average.

Finn says she didn’t know that under a 2011 Obama-era policy, servers cannot share their tips with back-of-house staff. The tip-sharing that occured between 2011 and 2017 — something Finn did out of fair pay, regardless of employee position — equaled about $50,000 that actually belonged to 11 employees, according to a report by the Department of Labor.

This — Finn’s honest mistake in an attempt to be fair in compensating employees — is what Williamson called “the height of hypocrisy.”

But with only one day before the March 6 special election, Finn hardly had time to convey that message to voters. That she didn’t know about the policy is worth questioning, but it certainly didn’t deserve the SEIU’s harsh statement on the eve of an election.

Issuing the statement was a confusing move for a union that claims to fight for workers’ rights — the very principles Finn stood for.

In fact, Finn’s passion and advocacy for raising the minimum wage and providing employees with livable wages is what spurred her on to run for city council. It’s something that Becca Hegarty, who worked for Finn at Dinette for five years and at Cafe Carnegie in the Carnegie Museum in Oakland, can attest to.

“Sonja has very little turnover because people who work for her actually get paid well,” Hegarty, who now owns Bitter Ends Garden & Luncheonette in Bloomfield, said.

Hegarty now co-owns It’d be a shame if SEIU 32BJ’s misrepresentative statement sinks Dinette, a small restaurant whose owner is a leader of the no-tipping movement in Pittsburgh to put servers’ wage security first. Perhaps Williamson and the rest of the union should share a few pizzas at Dinette to see what Finn is really up to.