Halal: Is it meat you’re looking for? 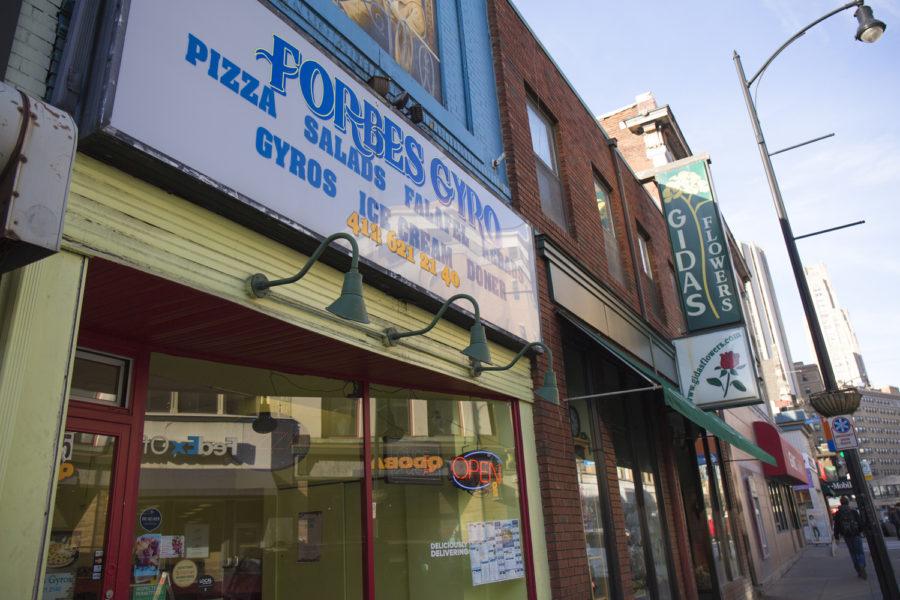 When asked about my diet, I’ve stated the same phrase countless times.

“Depending on my options, I’m either a vegetarian, pescatarian or meat eater,” I say.

I am a 19-year-old Muslim, so when it comes to eating, the wheres and whys are a little more complicated than deciding between a sweet or savory dish.

Dating back to my youth, my parents outlined basic Islamic diet restrictions — don’t eat meat outside of the house unless told otherwise. As I got older, I didn’t have to be told otherwise. I was simply more aware when eating out.

Specifically laid out within Islam’s religious text, the Quran, there are dietary restrictions that Muslims are expected to follow. Food is divided up into two categories, either acceptable — halal — or prohibited — haram.

People often ask me, “What do you mean by halal?” Instead of breaking out into a lecture, I keep it short and simple by saying, “Halal just means blessed meat.”

Before I came to college, I ate meat primarily in my house that my dad would buy from halal butchers. Some people are still alarmed when I tell them I’ve never tried Chick-fil-A, but how could I miss something I’ve never tried?

This past week I ignored my healthy diet and ate out at three of my favorite halal restaurants in Pittsburgh — Salem’s Market & Grill, Forbes Gyro and Beta Bites.

My first stop was Salem’s — located on Penn Avenue in the Strip District. I grew up eating at Salem’s after Jumuah, or Friday prayer.

After prayer at my local mosque, my dad would take me and my younger brother to Salem’s original location — a small grocery store on Atwood Street, where I live now.

Salem’s current location is crowded with tables. Customers can either order from the hot bar or choose something from the grill section of the menu. Options from the grill are particularly appealing — out of all the halal restaurants I’ve gone to, Salem’s is the best in making up for all of the cheeseburgers I have missed out on.

I went with the restaurant’s traditional two-meat and one-veggie dish from its ready-made food, which added up to $8.50. Overall, it’s a nice getaway from Oakland and great for a monthly nostalgic group outing.

Next on my list was Forbes Gyro — located on Forbes Avenue — which serves up great portions at ideal prices. I went through the numerous pickup specials before settling on “pick up special six” — a ranchero chicken hoagie, french fries and a ginger ale — all for $8.49.

Forbes Gyro offers a relaxed environment great for catching up with friends. With limited seating, the small shop adds to the feeling of enjoying a home-cooked meal. On the right side of the restaurant, there is a running counter with black leather high chairs, perfect for a quick bite in between classes or a place to sit while waiting for a to-go order.

The sincere service makes you feel valued, as employees come up to you and personally hand you your order. The menu offers foods including cold appetizers, pizza and sandwiches. I’ve heard that what sets Forbes Gyro apart is its milkshakes and ice cream items, which I have yet to try — I plan to when it starts to actually feel like spring.

My last stop was Beta Bites, tucked away on South Bouquet Street. The appeal for me at Beta Bites is mainly the proximity between it and my apartment. I first became familiar with the restaurant when it started selling combo boxes of food at my hometown mosque after Jumuah.

The interior is simple, with a few tables around the edges of the room, coolers stocked with various drinks and a few frames of Pittsburgh hotspots on the walls, such as Phipps Conservatory and Botanical Gardens. The menu is divided up into categories including salads, pizzas, paninis and many others.

After glancing over the menu, I went with a dish with meat I had yet to try this week — a steak sub, french fries and a Brisk lemonade — costing $12.71. It was a well-prepared and satisfying meal and a solid end to my halal food ventures.

I stay away from making Islam complicated by trying to find loopholes around eating meat that may not be halal. Looking into my social scene amongst Muslims, I only know a few individuals who strictly stick to the halal and haram dietary restriction. I am grateful that my parents laid out the concept of eating halal early on, so my diet isn’t seen as a sacrifice.

To be honest, after last week, I need to stay away from all kinds of meat, be it halal or not — and go on a weeklong juice cleanse at Salud Juicery.