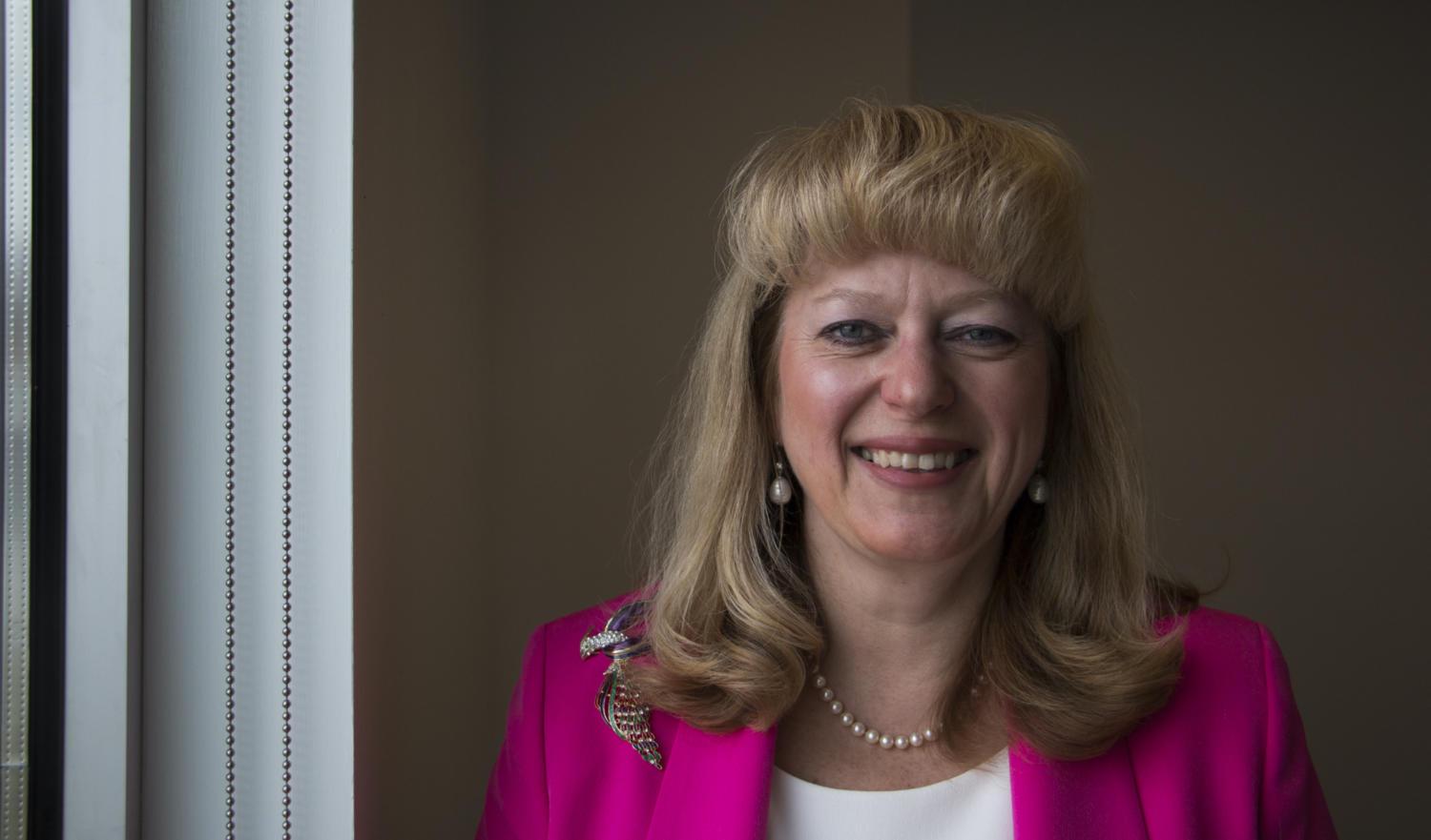 When Ruthann Omer installed a door backward in a handicap restroom project she was working on as a civil engineer, she felt like it was the end of the world.

But her father, Frederick, an engineer himself, remained calm and repeated one of his favorite sayings.

“Don’t worry, it will all come out in the wash,” he said, to which his daughter would always reply, “Dad, the washing machine is broken.”

Engineering is all the younger Omer, now 57, has ever known. From the ripe age of 5 years old, she started going to municipal meetings and visiting job sites with her father. Once, at a meeting in Whitehall, Pennsylvania, one of the county chairpeople leaned over the podium and pointed at her brother, asking why the two children were at such a boring meeting.

“My brother stood up and said, ‘Our mother sent us to find out what our dad really does at night,’” she said, a wide smile cracking her face. “And now it’s in the minutes forever!”

Other 5-year-olds may have thought going on civil engineering site visits was boring, but Omer loved working with her father, whose idea of a playground was a construction site. She remembers playing in the Kennywood Park parking lot while it was still a field of weeds, and recalls her father convincing a coal barge capitan to let a survey crew on his boat to survey the land for what is now Point State Park. The captain adamantly refused until Omer’s father offered him a bottle of whiskey.

“That’s why I always say, ‘the Point was built on a bottle of whiskey,’” she said.

By following her dad for his work with his firm Gateway Engineers, she picked up innumerable stories like this about the construction of Pittsburgh.

And by the time she graduated high school and enrolled in Pitt’s civil engineering program, she already had more experience than most civil engineers working in the field, including her classmates.

“We did topography for the Cathedral of Learning and Gateway had already done that. You could imagine how popular I was with my team because I already had the whole project done back at the office,” she said. “I eventually asked the instructor, ‘Can you give me more than this work?’ Because I already did it at Gateway.” 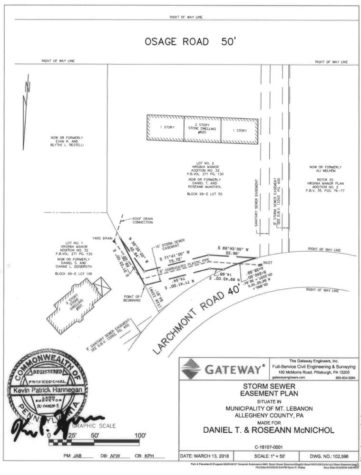 When Omer was ready to join her father at the company full-time, he crammed a desk for her to sit into his already compact office, despite her wish to be in the drafting room with the whole team. She described how he wanted her in his office because he was either telling her something, wanted her opinion or because she was asking for his.

“Has somebody ever given you something where you got the gift and you were like, ‘This is not exactly for me,’ but you could see in their eyes how hard they worked for it, and you just say, ‘Thank you very much,’” she said. “That was that moment.”

Omer and her father worked closely together while the senior Omer served as Whitehall’s borough engineer and she served as his assistant. She described how they would always split up work and couldn’t have an ego about who would be the boss.

She also developed a strong work ethic, taking after her father. She remembers how she took a one-week vacation upon graduating from Pitt, only to have her father question her commitment to her craft. As a result, she developed the inability to put off work and now feels like she must complete pending work immediately.

“If you say you’re going to do a job, do it,” she said. “I don’t join anything or tell you anything, unless I’m going to follow it through.”

Eventually Omer and her father switched roles when she became the president of Gateway Engineers in 1992, which has gained more than 100 employees during her term. She implemented a business model to hire a CEO who would manage the business aspect of the company while she could focus more on the engineering side.

“I love people, I love teams, I love solving problems,” she said. “The projects don’t have to be huge.”

That same year, Omer assumed her role as the first female municipal engineer in Allegheny County, overseeing more than 30 municipalities. She joked how her nickname was the ‘Sewer Queen’ due to her expertise in working with sanitary sewers and maintaining its systems.

“You work on the basic needs of things for people, to enjoy their life that most of them don’t ever pay attention to but really need,” she said.

She wasn’t too affected by barriers in the male-dominated industry, she said, as she was focused on completing her work.

“People didn’t always know I was an engineer. They thought I was my dad’s secretary and I was coming along to help him,” she said. “It didn’t actually faze me. If you can show that you’re good at your job, it doesn’t matter where you came from or who you are — male or female.”

Omer also described her responsibility to continue her father’s legacy after he died in 1999, making sure that the company he founded continued to succeed.

“Some of the municipalities only had an Omer as an engineer because first my dad was there, then I took over,” she said. “The responsibility of making sure the company went on was huge. I really wanted to make sure that my dad’s hard work went on.” 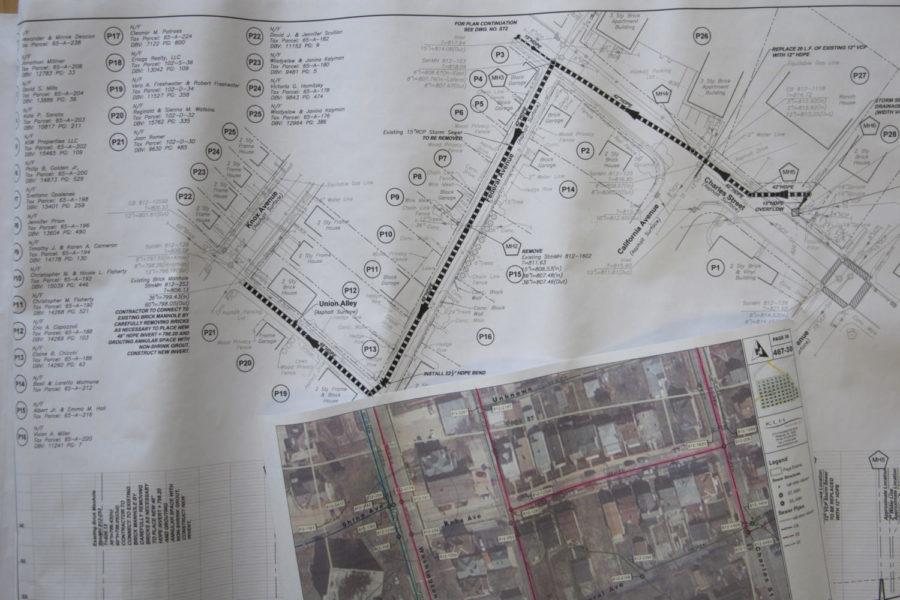 Omer retired as President of Gateway Engineers in January, though she has started Omer Advisors to consult for the company and others. Aside from wanting to give opportunities to other people and wanting the company to go on, Omer said she also retired to have more time to work on boards of countless organizations, such as Hilltop Economic Development Corporation and Local Government Academy.

“I’m busier than I was before. It allows me the opportunity to get more involved with a group or less involved,” she said. “Since I’ve retired, I feel like life hasn’t changed a whole lot, except now I don’t have to do evening municipal meetings.”

She took the money she would have used for a massive retirement party to start two new scholarships at Pitt — the Omer Family Scholarship and the Omer Legacy Fund. It was a better use of the money than those “‘cheese cubes on a plate’ parties,” she said.

“I like helping people, helping students,” she said. “When you get where you are, you should turn around and help the next person coming.”

Her time serving as the county’s first female municipal engineer hasn’t gone unnoticed in the City of Pittsburgh. On Dec. 5, the city council unanimously supported the following resolution:

“Now, therefore, be it resolved, that the Council of the City of Pittsburgh hereby acknowledges the inimitable contributions Ruthann Omer has made to the Southwestern Pennsylvania region as a municipal engineer and outstanding community leader and congratulates Ruthann on her retirement; and be it further resolved, that the Council hereby declares Tuesday, December 5, 2017, ‘Ruthann Omer Day’ in the City of Pittsburgh.”