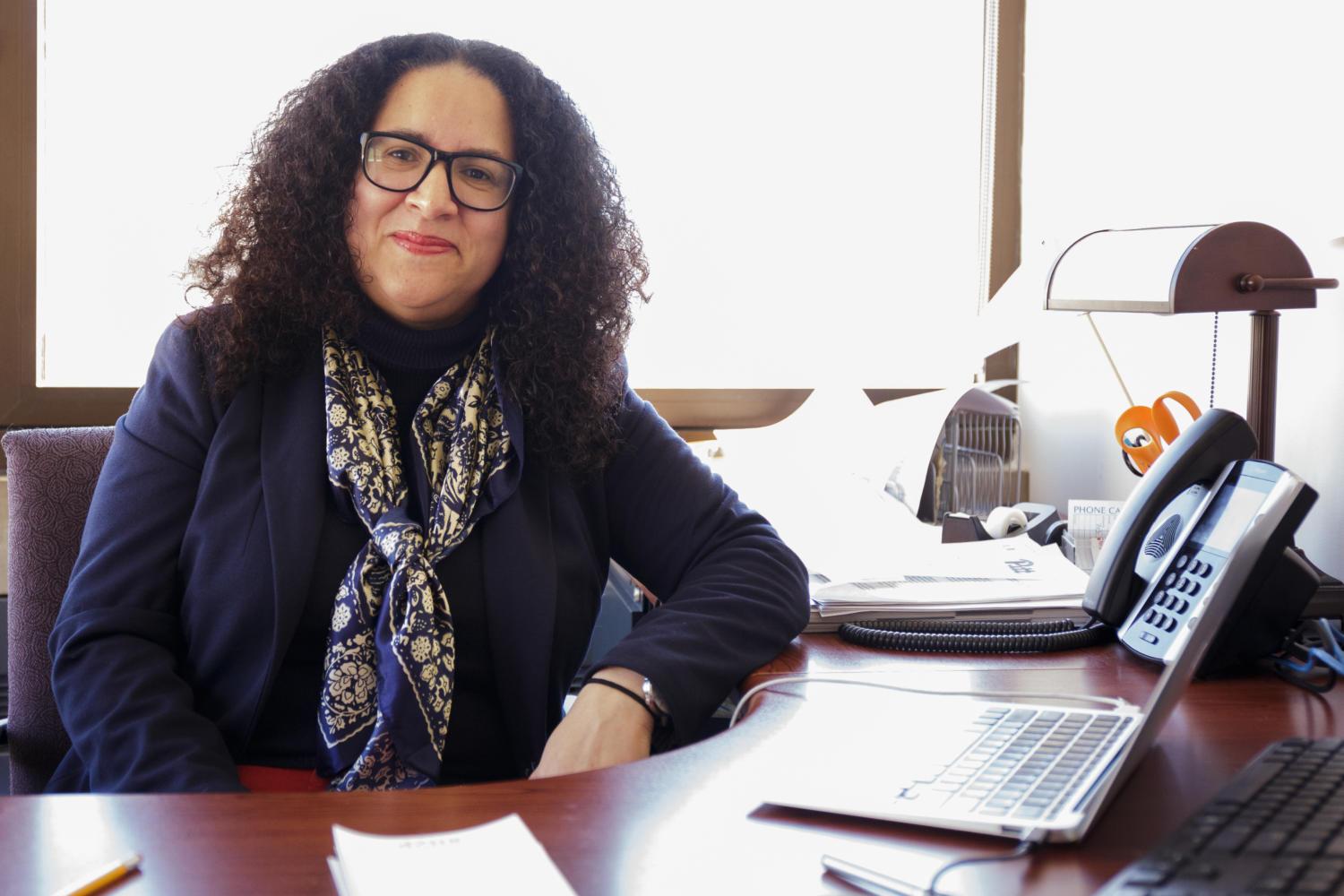 Mendoza, who was enrolled at the University of Puerto Rico, found a temporary home at Pitt in mid-October — with the help of PVM, as her students in Pitt’s School of Law affectionately call her.

“[Me and the dean of UPR] were in communication as the hurricane was happening,” Vélez Martínez said. "As we learned of the devastation after the hurricane, the initial conversations of concern turned into ‘What can we do?’"

Through coordination with the Puerto Rican Bar Association of Florida’s Student Temporary Assistance and Relocation program, Vélez Martínez — who is originally from Puerto Rico — arranged for Pitt to temporarily enroll 11 UPR students. Three of those students have since decided to transfer permanently to Pitt and enroll in the immigration law clinic run by Vélez Martínez.

Mendoza, a second-year law student who transferred this year, said she would never have considered Pitt if it hadn’t been for Vélez Martínez. After six months and a semester at the clinic later, she decided to stay to finish her legal education and explore career options in Pittsburgh because she says there are far more job opportunities in the field of immigration law here than in Puerto Rico.

“That was the only way I knew that Pittsburgh had a school of law that was really beyond in its academic offerings,” Mendoza said. “I would have never known if she didn’t make an approach to receive students from the University of Puerto Rico School of Law.” 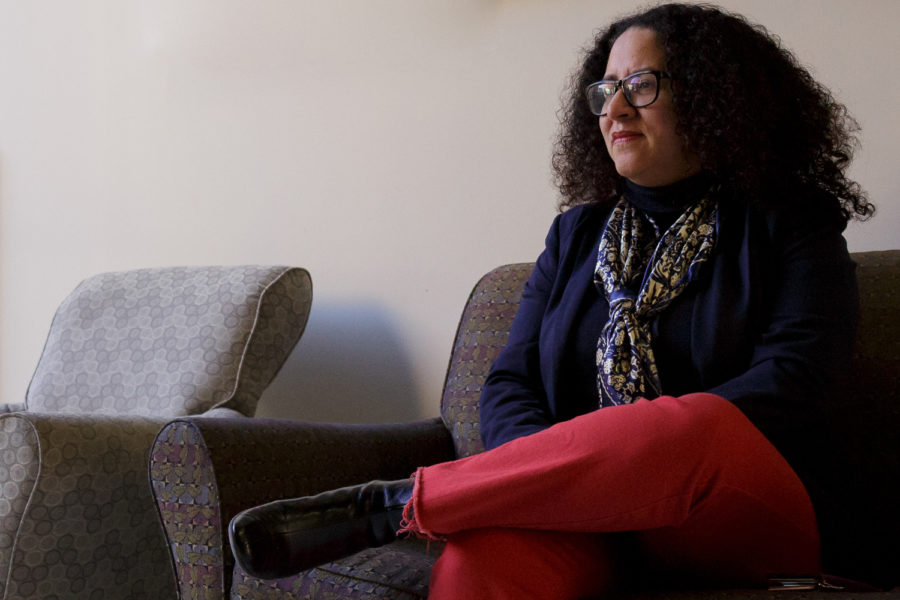 "Growing up and looking at the immigrant community in Puerto Rico and how hard — especially Dominican women — were working in the service industry and domestic industry, and not being valued, respected or not having a place to turn,” Vélez Martínez said. “I think that is what got to me.”

Prior to teaching at Pitt, she earned her law degree from the University of Puerto Rico in 2000 and attended the immigration law clinic at the University of Arizona in the late 90s, as very few existed at the time. She worked for more than a decade with immigrant women survivors of sexual and domestic abuse and asylum seekers, and headed her own firm in Puerto Rico before taking the position to launch the immigration clinic at Pitt Law.

Unlike many immigration clinics at other law schools that only consider cases where defendants are seeking asylum, Vélez Martínez made it a point to equip the Pitt clinic to take on a “mixed batch of cases.” This gave students the chance to evaluate cases of domestic abuse, assault against children and victims of religious persecution, for instance, in addition to asylum cases.

"This helps us have a bigger footprint and really help more communities," she said.

During a meeting one early March afternoon, Vélez Martínez takes a seat after giving a lecture about asylum cases, joining everyone at the table. She flips her long black curls over her shoulders and adjusts her glasses to address her students face-to-face and offer them the fine-print advice that isn’t included in their readings and files.

She tells her students that before they go to a hearing, they need to prepare their case and form an evidence-based argument, but also be able to present their client as a well-rounded and good human being before the judge. She says not every case can be easily defended, but that “we have to stand our ground.”

Her PowerPoint dims as she reels out questions and ideas for two students spotlighted for the day’s case round — a portion of the class reserved for students to discuss the particular case they’re working on at the moment.

The formal class technically ends at 4 p.m., but the work carries on after that. Students often stay and work in the office, preparing their cases and analyzing application options — even if it means coming in on a Saturday or Sunday. Vélez Martínez regards her students as practicing attorneys. She’s made it clear to them that the cases they take on are not like the projects that are conventional of college curricula — they involve real people’s futures and lives.

Pitt Law alumni who took the clinic have ended up working at the Assistant General Counsel court in Washington D.C., and immigration firms in Pittsburgh, Chicago and Toronto.

Vélez Martínez helped Pitt Law alum Ashley Lively arrange the interview for a job at JBM Legal, where Lively still works today. She intended to go into criminal law prior to taking the clinic, but said the topic and hands-on experience she had working with Vélez Martínez changed her course of legal direction.

"With PVM, you're invested in people’s lives, you're working together, you're collaborating. You're bringing something to the table,” Lively said. "Really, my success as an attorney, I can attribute to the Immigration Law Clinic."

Vélez Martínez juggles the clinic with her new position as the NCAA faculty athletic representative at Pitt and going to the Jewish Family and Children’s Services every Saturday to screen cases for the clinic. She accredits her management of the new workload to proper planning but also her husband, who is equally committed to social justice and supports her many career endeavors.

She also connects students through the clinic with opportunities to work with local organizations such as the JFCS, African Union Pittsburgh and the Latino Family Center. She said these new partnerships are crucial because of the limited resources local organizations have and the volatility of immigration policy in the U.S.

"There is an incredible anti-immigrant sentiment in the current administration that really affects people's access to relief and to justice," Vélez Martínez said.

In 2017 alone, ICE made 3,831 removals in the Philadelphia Area of Responsibility — which includes Delaware, Pennsylvania and West Virginia.

"Every day it's more difficult to do our jobs," she said. "The legal protection for immigrants — and they are scared — are increasingly being curtailed."

Prior to the clinic, local organizations relied solely on volunteer attorneys from other firms, according to Monica Ruiz, the civic engagement and community organizer at Casa San Jose, an organization that provides resources for immigrants. Now, with the help of the clinic, these organizations have been able to take on more cases and get people to feel comfortable seeking legal aid.

“Just the mere fact that people have been able to have access to an attorney, or access to somebody who works in the capacity of an attorney has been really, really helpful,” Ruiz said.

Vélez Martínez said the communities who go overlooked are the ones she and her attorneys-in-training can best serve. While they mostly serve the Pittsburgh community, their work is part of the global effort to transform the way societies across the world support immigrant communities.

"We need to have an environment that allows women who are victims of abuse, domestic violence, to come forward and be witnesses and seek protection,” she said.

She says the clinic takes up “110 percent” of her time — but that time is of the essence.