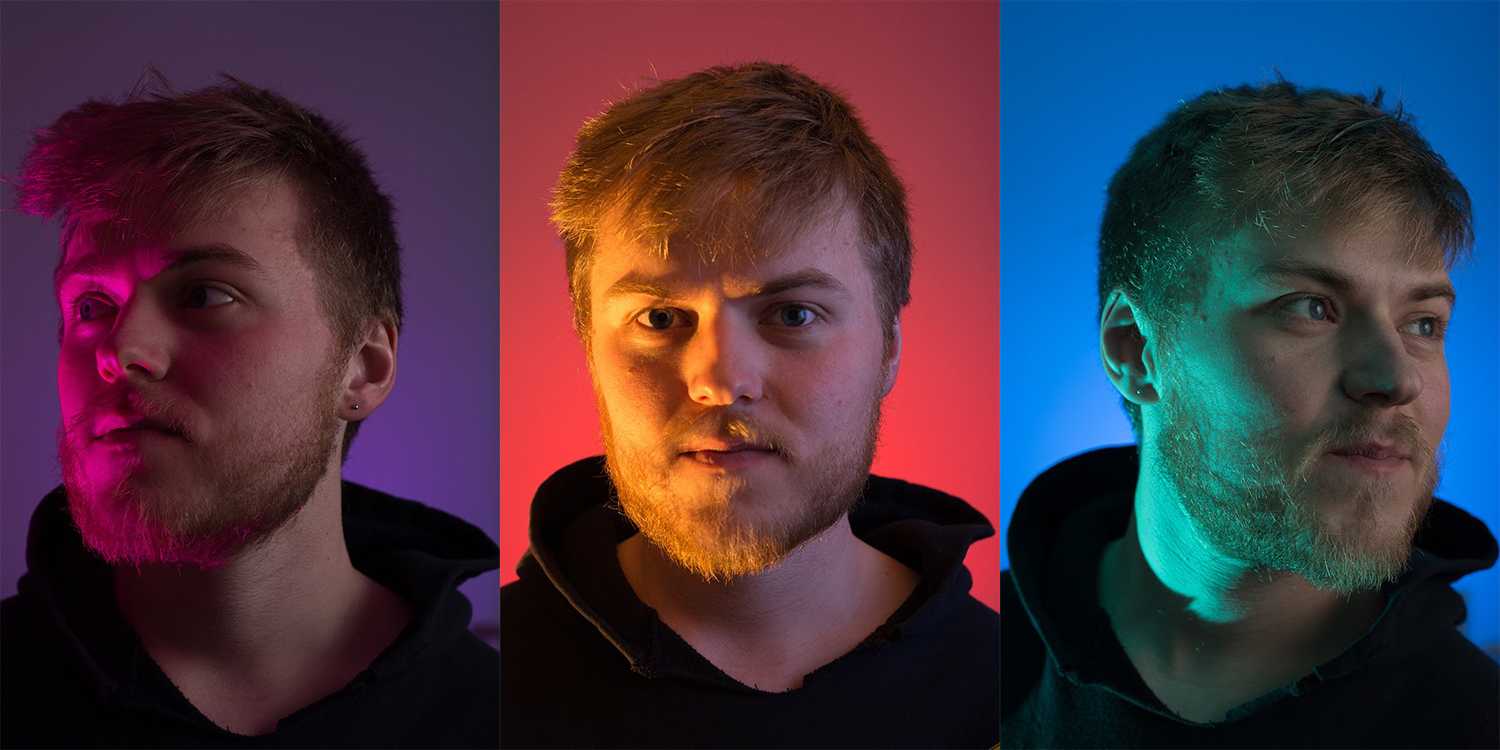 For Tony Resch, a heavy bass line is black, cymbals are yellow and the key of D is green — with an attitude.

Some of Resch’s earliest and fundamental memories of music were color- and shape-oriented — a combination of textures, colors and notes that turn the sounds of music-making into a visual mental experience.

He speculates an experience of synesthesia, a neurological condition in which there is a cross between multiple senses — in Resch’s case, a cross between visual and auditory brain processes.

“[Music] will have real-world textures,” Resch said. “It will have the depth of the texture of wood or bark, the repeated patterns of organic textures, and if the pattern breaks, the symmetry breaks like in nature.” 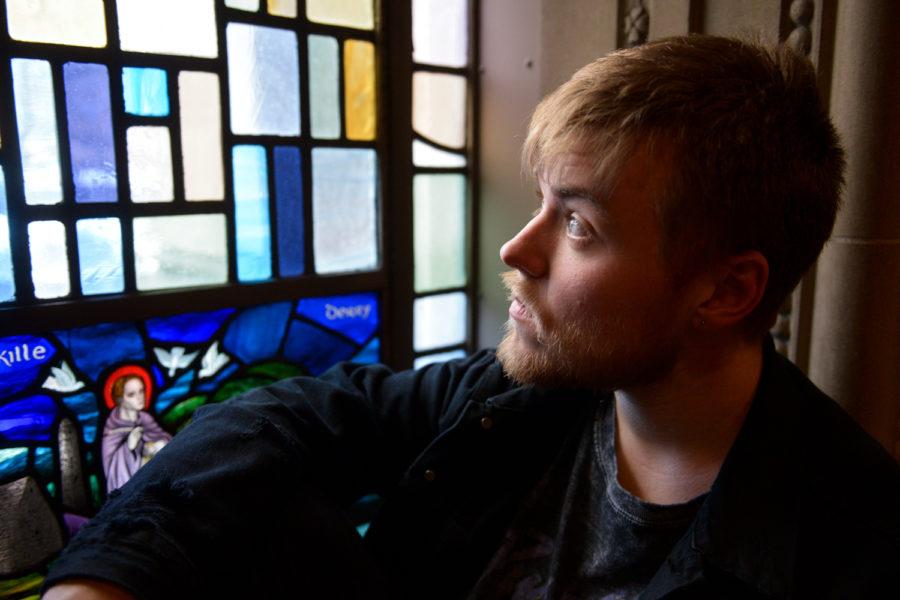 He began to make sense of it all in 2014 when he listened to Dev Hynes — who goes by Blood Orange — give a TED Talk about synesthesia. Later that same day, Resch was assigned to write a poetic response that he titled “Night with the Green Sky.” Struggling to depict a model of New York City through poetry, Resch’s mother suggested he write a song instead.

“I was like, ‘Well, if it’s about a green sky, I’ll do it in D,’ because [the key of D] is green to me and it always has been,” Resch said. “I immediately tuned my guitar to D and I was like, ‘Wait a second, that’s what [Blood Orange] was describing in the video earlier.”

Because synesthesia is a phenomenon Resch, 23, experiences as a brain process, the easiest way to depict his own visual experience is with his music — rather than having to explain the phenomenon for hours.

During a time when he was facing a creative block, Resch struggled to get specialists to believe what he was experiencing with music. Chris Uhren — Resch’s media and marketing adviser — understood the doubt many might have had. Especially with Resch’s boisterous personality, his explanations may seem too in-depth and strange, but when paired with his music, everything harmonizes.

“When you take what he’s saying and put it toward what he’s doing, you become skeptical just because he’s so passionate about what he does,” Uhren, a Lawrenceville resident, said. “Sometimes I think maybe he’s too excited about it, but then you put two and two together and it lines up.”

Born here in Oakland to a reggae and rock guitar-playing father, Resch was surrounded by a musical environment consisting of countless genres of music. He would hear rock music resonating from the basement one day, then hear the rich rhythms of African drumming another. Naturally, he became inspired in creating his own musical sound.

“I was raised in a really informal environment with music — it was serious, but it wasn’t traditional in the writing forms,” Resch said. “I always butted heads with music teachers all the time because I was like, ‘I want to make blue R&B songs with giant golden horns.’” 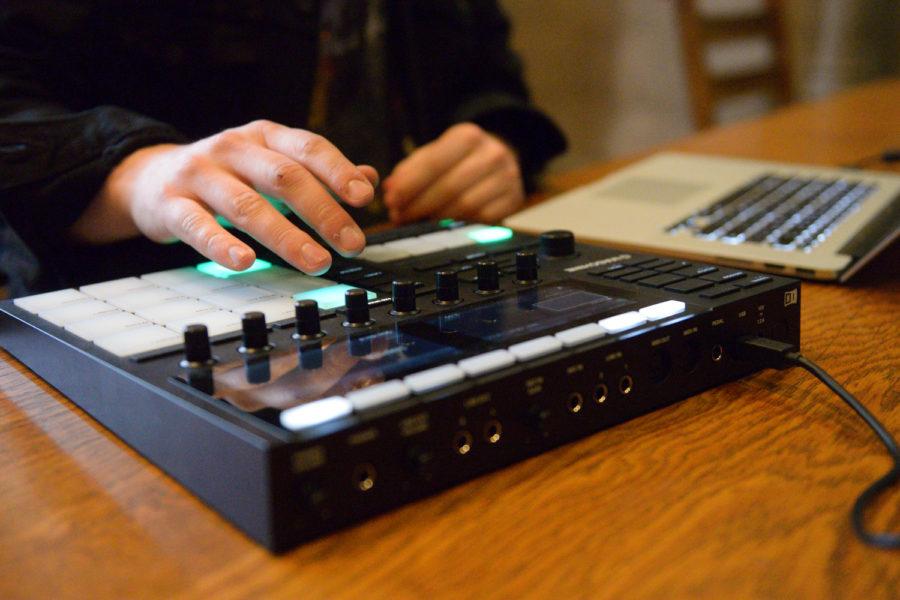 With music actively playing a role in of his life, Resch found himself creating melodies since he was young. At age 14, he was writing music for guitar and piano and playing shows when he could — eventually releasing a short acoustic album titled “Tony Resch” with his father two years later.

“In 2011, I put my first release out of stuff I recorded in the basement with my dad,” Resch said. “After that, I started getting into drum programming and trying to flesh out arrangements.”

In high school, he created the band “Mount Royal” — named after a street he cut grass on as a teenager. But, after high school graduation, Resch went off to St. John’s University in New York, while the other members stayed in Pittsburgh. 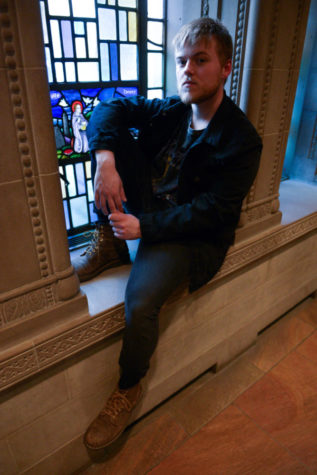 Meeting Resch through several mutual friends, Max Kovalchuk, 25, has been able to watch Resch grow not only as a person, but also as a musician — especially as he continued to experiment between the producing and songwriting aspects of music. As a positive and energetic person, Resch creates dark and moody pop melodies that can be surprising to those who know him.

“Tony’s always happy — anytime I see him he always has a big smile on his face,” Kovalchuk said. “His music is the side of him that you don’t see, I think, and it comes through in his music — which is kind of the opposite of how I describe him as a person.”

After a year at St. John’s, Resch transferred to Pitt to pursue a fiction writing degree, giving Mount Royal a second chance to play music together. It wasn’t until his first year at Pitt that he began to work on full musical arrangements, eventually writing his first electronic music composition titled “Full Length Mirror,” released in 2015. After presenting his work to his bandmate, Resch realized the clash in musical ideas among the members, leading to the band’s split into different musical directions and Resch’s solo career as “Royal Haunts.”

Simply liking the richness of the word “royal,” Resch, who graduated last year, combined it with “haunts” — a word he describes as “a place you meet up and hang out with friends, a place you’ve connected with emotionally” — to create an ambience of contrasting adjacency.

“I liked that casual nature [of haunts], that organic, blue-collar word that had a double meaning that I could relate to this feeling of prestige and beauty,” Resch said.

As Resch describes, “the pure essence of Royal Haunts” is the epitome of his song ideas — acting as an imaginative machine that shoots out songs, leaving it up to Resch to catch the ones he can. 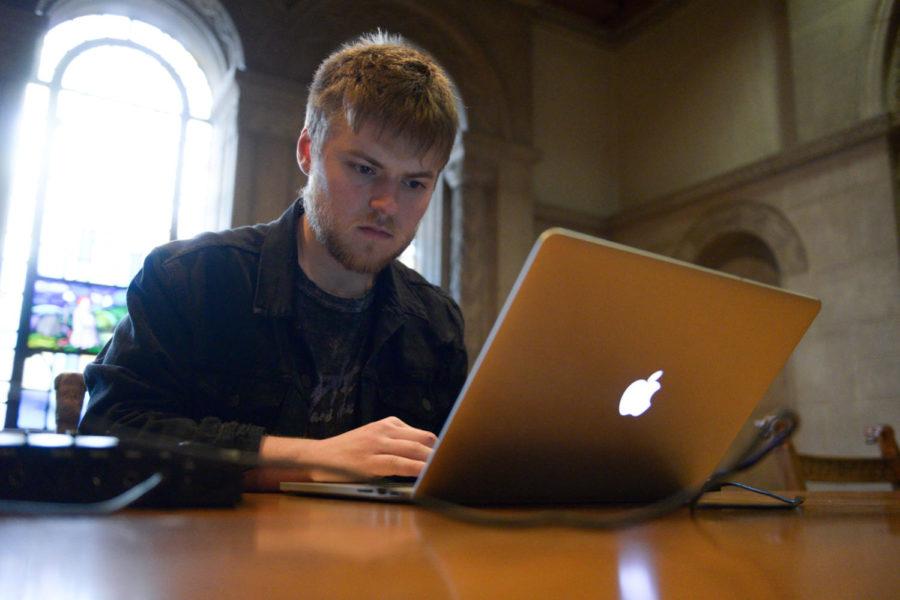 When it’s time to sit down at the piano, groove box or computer, he pulls the collected melodies out of his mental bank. Just getting his hands on the piano keys or the strings of a guitar allows Resch to create four- to 16-measure loops or four-minute songs — matching and conflicting the energies of melodies as he experiments with different genres.

Kovalchuk describes Resch as “never stagnant,” as he is constantly looking to develop and grow, pushing as many boundaries as he can. His investment in exploring genres juxtaposes his perseverance to stay honest to himself.

“Even with his older stuff, it was this other side of Tony that you couldn’t really get unless you were listening to his music, so I think he does a good job of making his music a kind of therapeutic thing, allowing his vulnerability to shine through [in a way] that you might not get just at face value,” Kovalchuk said.

Typically, the last component to his songs are the lyrics, because for Resch, lyrics are the most essential element — they carry an impenetrability that can’t be depicted through notes and melodies, making listeners constantly wonder about the meaning. Utilizing all the influences around him — from family to personal experiences, to even Greek philosophers — he is able to creatively translate into his own sounds.

“There’s an element of fiction — of placelessness — but I try to infuse that with the colloquial language that I’ve been surrounded with my whole life,” Resch said. “There’s a ton of weird stuff that my family says that no one’s going to write down if I don’t write it down.”