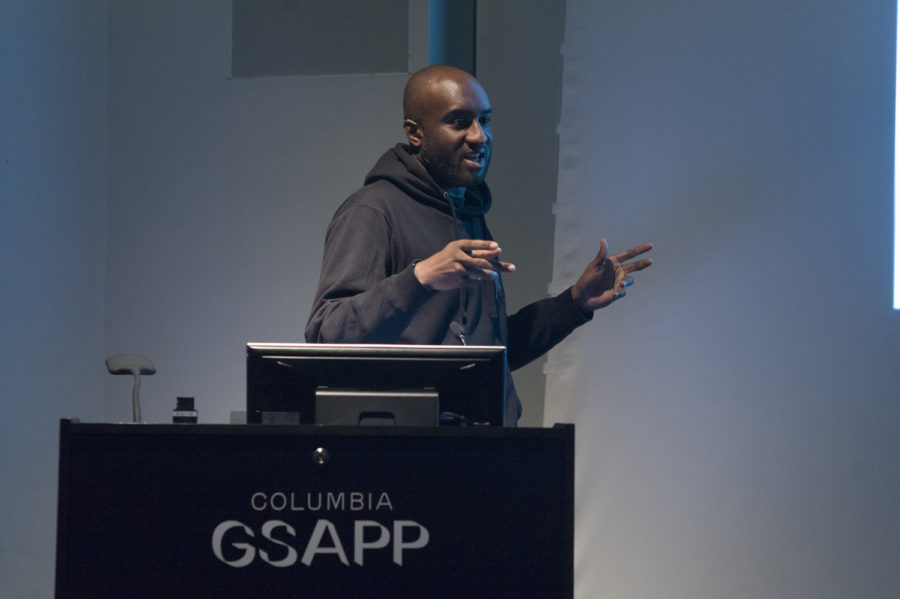 Virgil Abloh, founder of several brands, such as Off-White and Pyrex Vision, was announced the next head of menswear design for the clothing brand Louis Vuitton Monday. (Photo via Wikimedia commons)

By Charlie Garcia-Weger | For The Pitt News

The once-stuffy world of couture will soon collide with the world of streetwear as Virgil Abloh adds yet another project to his list of accomplishments.

The high-end clothing brand Louis Vuitton announced Abloh as its next head of menswear design Monday, in a move that signals major progress within the already shifting fashion industry.

Abloh — founder of brands like Off-White and Pyrex Vision — will bridge the gap between streetwear and high fashion in a way millennials have been so desperate to see. The high-fashion brands and long-standing fashion houses are in need of an update in the form of a streetwear giant, and Abloh will help formulate a more accessible norm for fashion, bringing it closer to the people.

Abloh’s most recent Off-White collection varies from graphic T-shirts to formal wear — topped off with knee-high boots made of khaki material or waist-cinching belts dangling to the ground — in designs that exist far outside the common conceptions of high fashion.

Abloh, a native of Rockford, Illinois, and the son of Ghanaian immigrants, had humble beginnings — with no formal fashion education other than what he learned from his mother, a seamstress, his ideas are formulated outside the classical realm of fashion.

The age of oppressive white dominance in fashion is deservedly winding down — demonstrating that anyone from any social background can be a part of the fashion industry. Streetwear is the biggest signifier of this rising change — a subsect of fashion defined purely by individual expression.

Unafraid to be controversial and depict important social issues through fashion, Abloh is setting a timely precedent for the next generation of designers. He’s become a designer who is not afraid to shy away from political statements, as demonstrated in Off-White’s first presentation in June 2017, which focused on the international refugee crisis and immigration.

In collaboration with artist Jenny Holzer, the show resembled more of an installation — featuring light projections of text and poetry written by refugees — and surpassed the tired fashion show formula of a simple catwalk.

Once an exclusive group, the fashion industry has made progress in recent years by opening up to outsiders in the realm of streetwear. Abloh started off as a creative director for Kanye West — an already coveted title to most of the fashion community — and used his time at fashion brand Fendi to begin an entire empire.

The empire that was built on his connections within the rap community then shifted to create Off-White — the brand that put him in the position he is in today.

Abloh is more unorthodox than a typical designer — pushing the idea that wearing more casual clothing items can still equate to high status. The industry needs a man like Abloh to rewrite the conservative manner of fashion and replace the elite, outdated garments Louis Vuitton sold in the past.

Abloh expanded his mainly male brand Off-White by dropping a full women’s collection for Spring Summer ‘18. More recently, he collaborated with Nike for the “The Ten” collection, displaying his unusual fashion ideology by recreating 10 classic Nike designs but selling them for a Nike retail price.

Abloh’s predecessor, Kim Jones, now serves as Dior’s new head of menswear design, but his work at Louis Vuitton has shown the first traces toward a more diverse and creative industry.

Jones transformed the brand that was stuck in the past, collaborating with streetwear brand Supreme in the same year that Louis Vuitton was awarded Best Fashion Brand in the World by Interbrand — a brand consultancy firm.

Moving forward with the brand, the fashion world should expect to see a large array of high-end casual-wear items that resemble the people but also display the true history of what Louis Vuitton stands for.

Abloh has announced he will continue his brand Off-White in addition to his new role at Louis Vuitton, so hopefully that will result in a collaboration between both the designer’s brands.