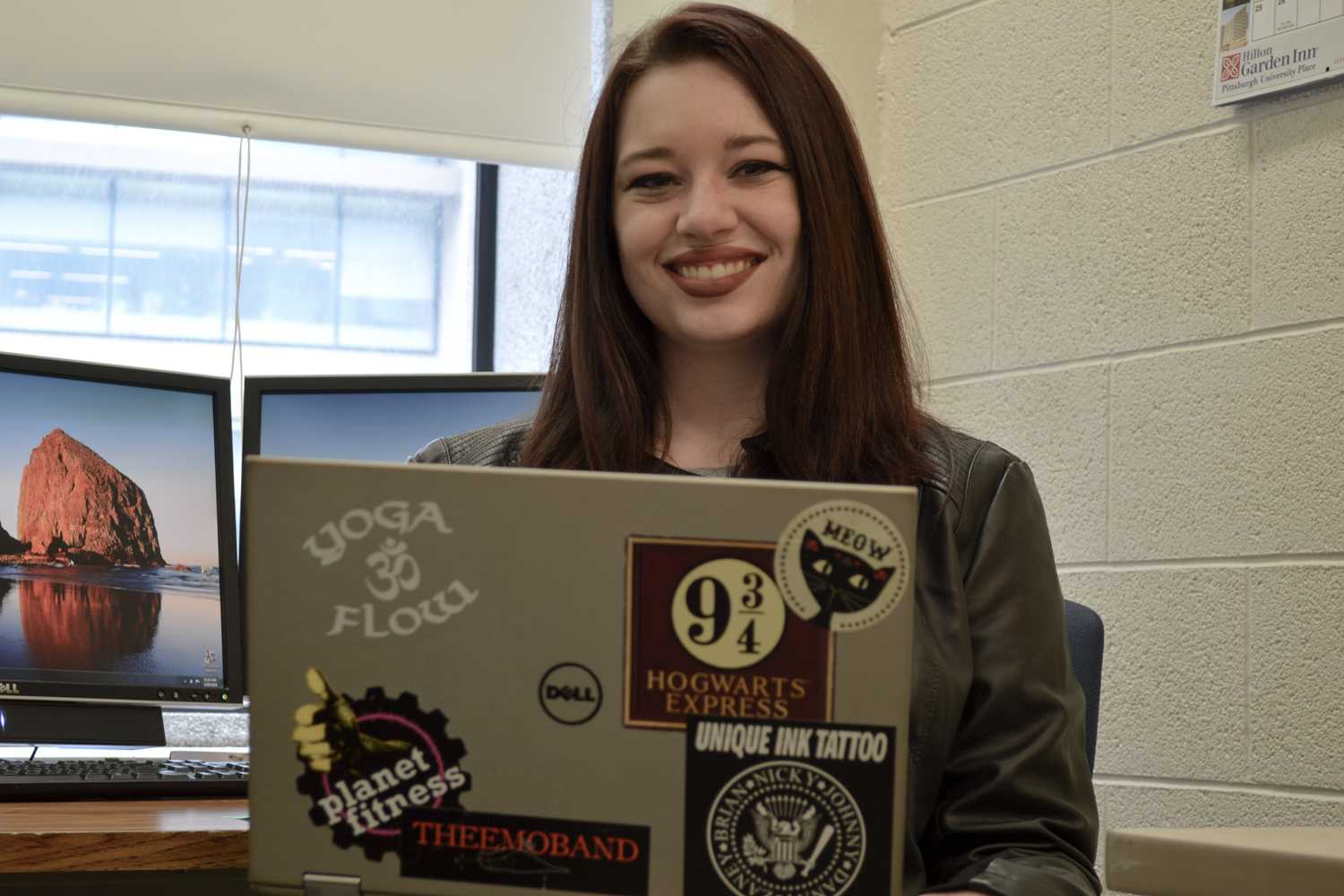 Rachael Bindas: All the write reasons

Rachael Bindas was reading children’s books to her 4-year-old sister, Bria, in the summer of 2017.

The books focused on important topics for children to learn — like nature and love — but featured gendered, white characters, only catering to one kind of reader.

Bindas — a junior fiction writing major with a GSWS minor and certificates in both children’s literature and sustainability — has always known she wanted to be an author. As a child, she would bring a book outside on breezy summer days when her mother would send her outside to play. While her siblings would horse around with neighborhood friends, Bindas would sit in solitude on a swing, book in hand. She even looks and acts the part, sometimes wearing glasses and speaking softly and slowly when she talks. But she never followed those intentions going into college — until that moment.

So she decided to write a children’s book, and wanted to make sure her final product was something any child, including her sister, could relate to.

“There’s a huge lack in representation of nonwhite bodies [in children’s books], and things are very gendered in the world, especially from a very young age,” Bindas said. “So we just thought that kids shouldn’t have to wonder why they’re not seeing characters like themselves.”

Her book, titled “Before the Sun Wakes Up,” does not feature race, gender or familial structure — a conscious decision she made while writing it. And to reflect this, she enlisted Alyssa Minko, a lifelong friend and film and animation major at the Rochester Institute of Technology, to illustrate it.

“I love Rachael, and I love her ideas and the incredible experience and passion that she brings to our project, and overall, I love working with her,” Minko said.

While reading Bindas’ early version of the narrative, Minko brought up that it is open to interpretation regarding the illustration and has a lot of potential to make an impact. Minko thus drew the main character to have no distinctive gender or race. The character has short, with brown curly hair and light brown skin, making them easily relatable to children of different races and genders. And, with the book’s whimsical paper cut-esque illustrations,

the book is as aesthetically pleasing as it is meaningful.

Bindas and Minko — who have been friends since middle school — reconnected in June after going their separate ways in life. The pair has always shared a passion about social equality, so when Minko expressed interest in working more with children’s literature, Bindas said the timing was perfect. 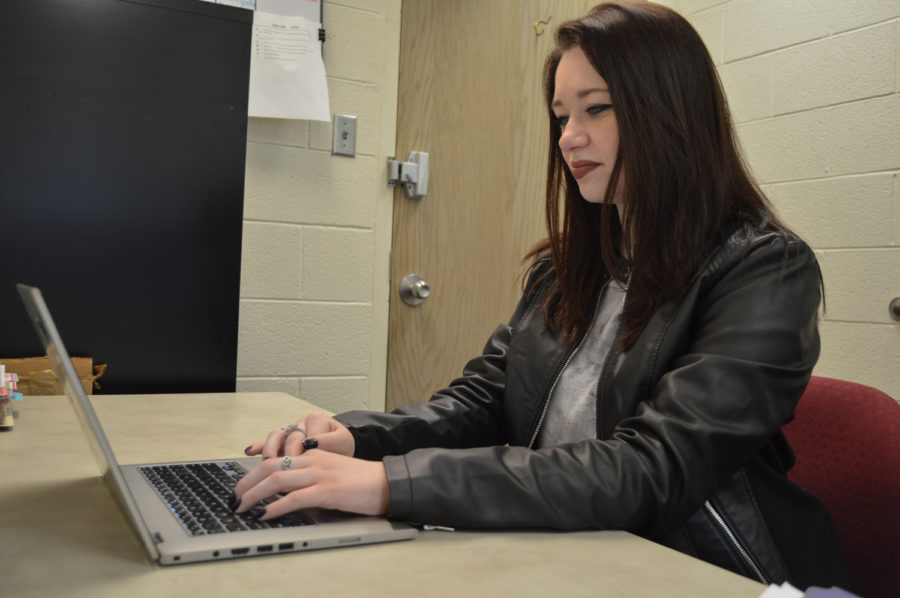 “It kind of just fell into place from there,” Bindas said.

The pair carefully coordinated while self-publishing the book. While Bindas was in Pittsburgh and Minko was in New York, the pair had to match their schedules to figure out how the illustrations would depict the text.

The pair also had to figure out logistics for the book, like paying for an ISBN number to make their book identifiable when selling, and making a website and social media accounts to promote the book.

“You’d think one day you can just send your work to the printer, it’ll get done and then it’s available — it sounds super easy and simple,” Bindas said. “I guess a lot of it is pretty self-explanatory, but there are a lot of complications that arise.”

But Bindas and Minko were not alone when creating the book, googling any questions that arose and seeking advice from Bindas’ mother’s friends, who have also self-published books.

The book was fully funded on Kickstarter by the end of September, and is now written and edited. Right now, the book is in the process of being test-printed to make sure it looks the way they want it to. After that, the book will be available for sale online, but Bindas and Minko are also trying to sell it themselves.

Although the author-illustrator duo have received supportive and positive feedback about the book, there has been some pushback, with some imposing their own political views onto their perceptions of the book after seeing the gender neutrality and racial ambiguity.

“Rather than taking the time to learn what this project is about, some people have decided what they think this book is about,” Bindas said. “And [they] form judgements from there.”

Although Bindas can now call herself an author, she still has the responsibilities of an average Pitt student — and then some. In addition to taking 15 credits, Bindas also works 20 hours a week at the Graduate School of Public Health in the epidemiology department as a student worker and interns with The Holiday Cafe, a small online literary magazine in Pittsburgh.

But despite her busy schedule, Bindas still finds time to write, experimenting with different genres and forms, depending on her mood. And outside of working in children’s literature, Bindas’ favorite books range from classics like “Jane Eyre” to more contemporary works like Gillian Flynn’s “Gone Girl.”

“I kind of just write whatever emotion I’m feeling at the time,” she said. “I really like prompts, poetry prompts, because they give you a sense of direction. I like free verse the most — free verse with some type of structure.” 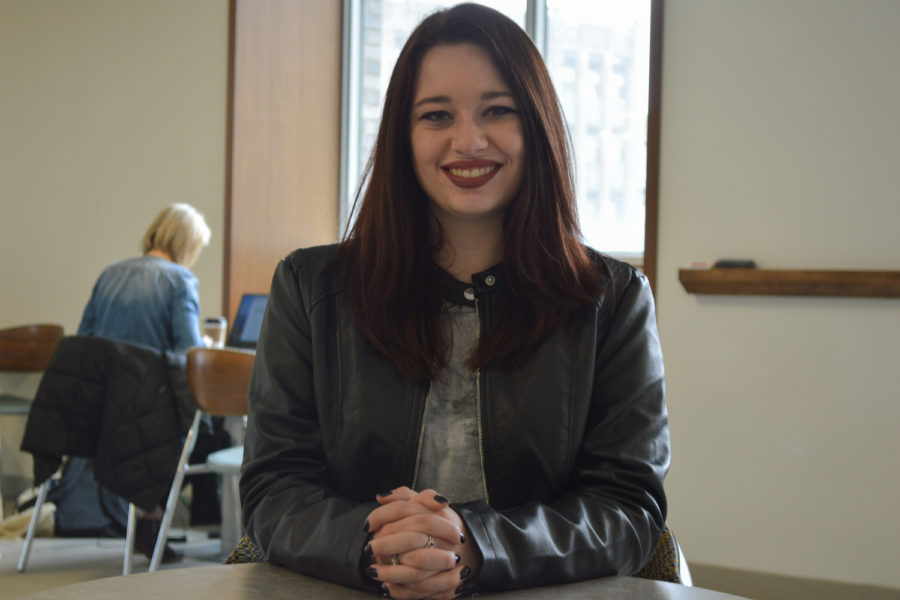 On top of writing free verse poetry, in her free time, Bindas goes to yoga classes at Yoga Flow — a local yoga studio chain. She is also interested in environmentalism and is working towards a certificate in sustainability.

“I want to see what kind of impacts I can have,” Bindas said. “I wouldn’t be opposed to working with sustainability outreach programs and putting my degree in English to use in that way either. But publishings what I really want.”

She said she’s also currently working on a young adult novel, which is still in the early stages of creation.

“I’m keeping most of the details regarding my YA book quiet for now, to avoid jinxing myself,” Bindas said. “I’m writing it from a feminist perspective to encourage female empowerment in teenage girls.”

Although she’s established herself as a children’s author, Bindas isn’t limiting her options when it comes to her career.

“It’s more of just like what I know at this point,” Bindas said. “But I want to work as a fiction editor at a house. I don’t know what genre yet.”

“Rachael has known since very young that she wanted to write — she’s never wavered in that dream,” Fair said. “I have no doubt that in a few years’ time, she’ll have a long list of best sellers behind her name.”