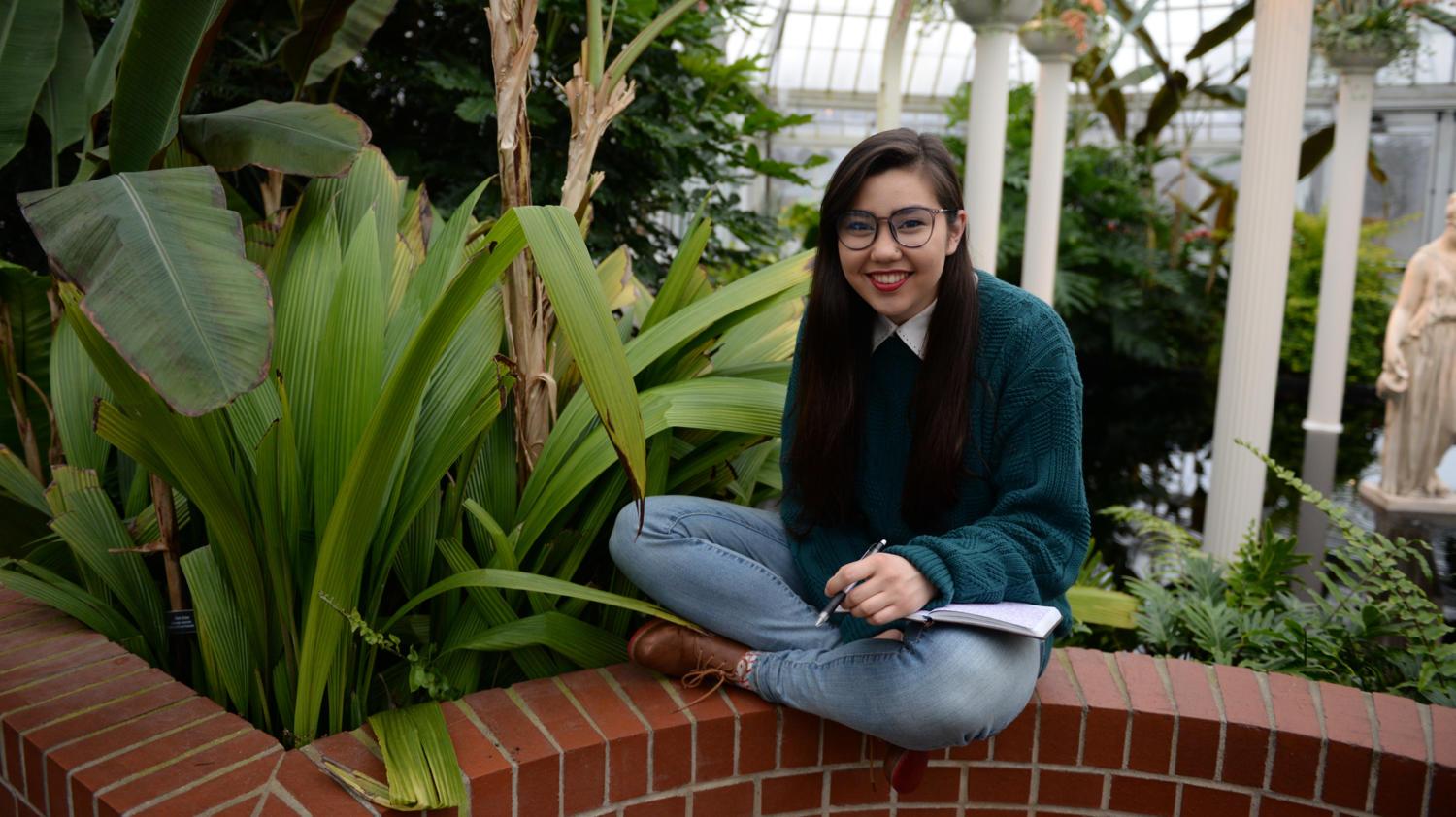 Anaïs Peterson has a minute and a half to scurry onto a gym floor and set up a stage for her and her fellow dancers and drummers. Lugging heavy drums and TV towers over their shoulders, the members of Matrix Performing Arts Indoor Percussion Ensemble quickly create a makeshift stage before the curtains rise.

In her white and silver sequined bodysuit, Peterson gracefully dances to the beat of snare drums and the jingle of marimba, all with a wide grin across her face. Once their seven minutes are up, the group has another minute and a half to gather all the equipment and load it into two semi-trucks. Moments later, Peterson crams into a car with three other Pittsburgh locals and immediately passes out.

It’s a long drive from Akron, Ohio, back to campus. All for an 11-minute show.

“It’s pretty exhausting,” Peterson said. “This week we got like eight and a half hours of sleep in total.”

But there’s no time to rest. As soon as she steps out of the car, Peterson, a sophomore, heads to the Student Office of Sustainability for her weekly meeting with Fossil Free Pitt Coalition — a group formed in 2014 demanding Pitt to divest its endowment from any holdings in fossil fuel industries.

“Being with [the coalition] is rejuvenating,” she said, despite the lack of sleep she had accumulated over the weekend’s rehearsals in Ohio. It’s as if the chaos of Matrix reflects the rest of her life, one nearly overflowing with passions and interests.

Sitting around a small conference table in the Student Office of Sustainability, a group of about 12 students lounge in office chairs while dipping animal crackers in Nutella and talking about plans to attend future Board of Trustees meetings. Even though the group is discussing important matters like climate change, the atmosphere is warm and welcoming. Much of the meeting includes members gossiping and chatting about their weekends. Here, just like on the Matrix stage, Peterson transforms from the shy child who would give her classmates answers to avoid public speaking, into the engaged, creatively outgoing community organizer.

She admits that balancing her love for color guard and her passion for divestment, which she values as important, is a struggle for her, but she is desperately trying to cling onto both.

“I’m torn a lot of the time between doing things which I love, like band, and doing things which are important,” she said. “I’m not quite ready to give up on the things that make me happy that aren’t ‘saving the world’ things, but I also feel it’s so important to do activism work.”

But so far she’s been successful.

When the coalition of 49 organizations first formed in 2014 under the name Fossil Free Pitt Coalition, it initially brought four demands to Pitt administration — freeze all new endowment investments in leading coal, oil and natural gas companies; divest current direct holdings in these companies; divest current commingled funds from the entire fossil fuel industry and institutionalize discussions between students and administration regarding divestment.

Since then, Pitt has started a process among University staff, students, faculty and administration to discuss divestment, marking the fourth demand complete.

But needless to say, going up against large corporations and powerful nonprofits can be a daunting task. And although flipping through stacks of documents and attending boring meetings may be a drag, Peterson believes this is a crucial part of being an activist in order to understand how decision-making works.

“I find environmental organizing to be a really weird experience because the oil and gas industries have so much power,” she said. “It’s just this very scary, murky world where you don’t know the legality of things.”

It doesn’t stop her though. The difficulty drives her, and it always has. Just ask her mother, Dianne Peterson, an active community organizer and environmental activist in their hometown of O’Hara Township.

“People always say … ‘the apple doesn’t fall far from the tree,’” Dianne said. “Actually, it’s the tree that moved to be right next to that apple that was doing interesting things. It was her that really inspired me into doing the kinds of things that I do.”

Her family attends environmental marches together when they can, organizes community events and speaks at city council together whenever there’s an opportunity. And Peterson’s passions not only transformed her family into a group of activists, but also her friends, like Eli Berman, now a sophomore music major at Princeton University.

The two met while students at Fox Chapel Area High School at a mental health advocacy conference, and soon became close friends, founding their own activist group called the Fox Chapel Student Union. Their friendship has always been rooted in activism, from going to pride proms at the Andy Warhol Museum to participating in transgender clothing swaps at the public library in Oakland. 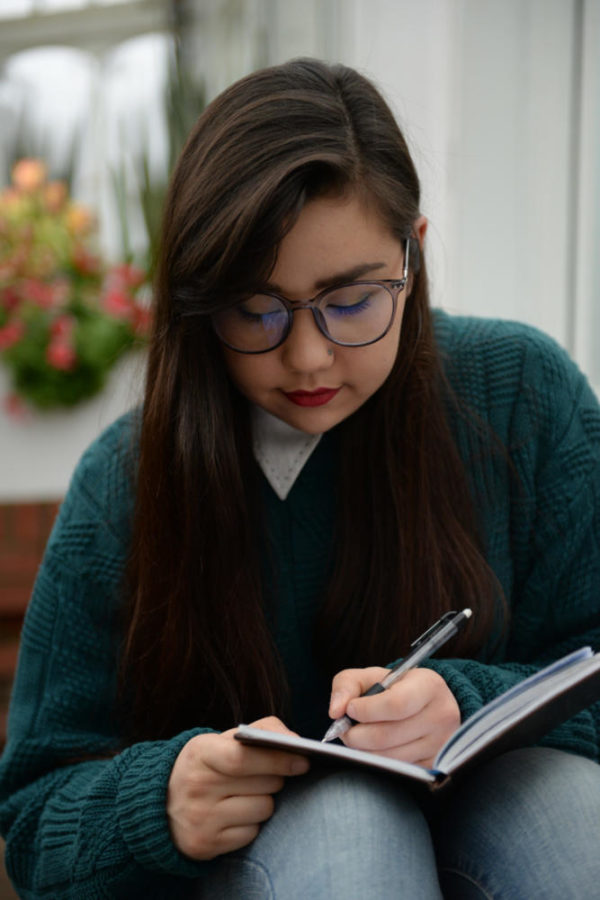 Peterson knows that if she wants to address issues like fracking, she needs to “get out into the world and do it.”

And she certainly does. Not only does she speak out against social issues, but she also writes poems about them.

She writes about her Japanese-American identity, what it was like having her first girlfriend and her frustrations about climate change. Whether it’s in the form of words or attending marches or speaking up at Board of Trustees meetings, Peterson is constantly striving to have her voice be heard.

And come May, she’ll be helping ensure other people can have a voice in local elections. She wrote her name on the ballot for election inspector in her O’Hara Township district and asked her parents to do the same. They thought it was crazy — but nearly a month later she received a letter saying she received three votes for the position.

“Then,” she said, “they sent back the certificate that said, ‘Katherine Peterson has been elected as election inspector.’”