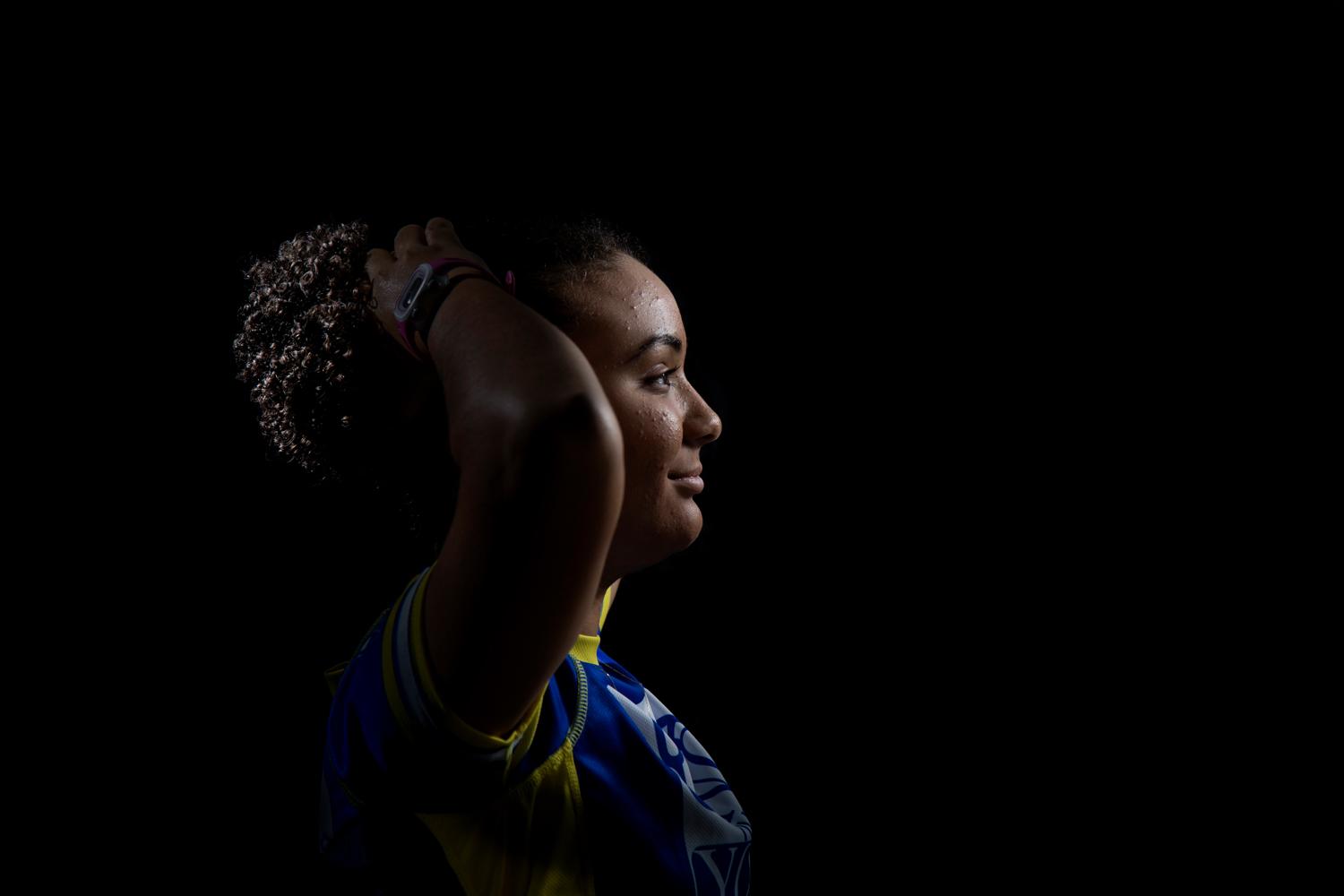 Monica Henderson: A run for your money

At 5 p.m. in her Tower A dorm, Monica Henderson begins her familiar routine — right sock, left sock, right shoe, left shoe — and ties her turquoise and grey running sneakers. Bending down to touch her toes, she begins her lengthy, 10-minute stretching sequence, needed for muscles she says are always tight. After sitting down to stretch her back and hips, she reties her shoes one more time, just to make sure they’re secure.

Shadyside and Squirrel Hill are her most frequented running sites — she enjoys the challenge of hills — but her new favorite spot to run is Downtown at the Point. Instead of listening to music like many runners, she leaves her phone behind and sings to herself.

It takes Henderson about a mile to warm up. She has a bad habit of starting off too fast, but she paces herself over time. After that, she says she could keep running forever — and in any conditions.

“Runners run in any weather,” she said.

Though Henderson, a first-year studying biology and sociology, has never run more than 10 miles at a time, but she’s training for a 49-day relay from from San Francisco to New York City this summer.

Henderson’s rigorous training process is preparing her to run coast-to-coast with the Ulman Cancer Fund for Young Adults through their 4K for Cancer program. She and her team of 25 other college runners from across the country will run a total of 4,000 miles over the course of the summer. The group will start by running across the Golden Gate Bridge in San Francisco on June 17, and finish by running over New York City’s Brooklyn Bridge on Aug. 4.

Henderson said some of the runners don’t have a connection to cancer — they just think it’s a great opportunity to run for a great cause. But Henderson is a cancer survivor — the race is personal.

“Once you’re a part of the cancer community, you kind of never leave,” Henderson said.

At 2 years old, doctors found a tumor growing on Henderson’s left cheekbone. They diagnosed her with rhabdomyosarcoma, an aggressive soft-tissue sarcoma.

Accounting for only 5 percent of all pediatric cancers, Rhabdomyosarcoma is a rare form of cancer. After two years of treatment, she was cancer-free and has been in remission ever since.

Beside frequent doctor visits and trips to the hospital during the remainder of her childhood, Henderson’s parents rarely mentioned cancer. She thought it was a normal thing for every child to get frequent IVs and monthly MRIs. The word “cancer” felt like something hidden under the rug to her.

Since she was diagnosed at such a young age, most of her experience with cancer was outside her control. Because of this, she was almost afraid of the word growing up — it made her feel helpless.

“Every time I used to hear the word ‘cancer,’ I couldn’t explain it, but it made me very uncomfortable,” Henderson said. “I kind of just got very afraid of it in a way.”

Then in October 2011, the word came out of hiding when Henderson’s aunt was diagnosed with breast cancer. Six months later, her family was affected more directly. It was a typical school night, and her family had just finished eating dinner. Henderson, 12 at the time, was called to the living room with her twin sister, Natalie. The atmosphere was tense, and she could tell something was wrong.

Her world had been targeted by cancer again — but this time it was her mom — diagnosed with breast cancer.

“I didn’t like to think that anything had changed,” Henderson said. “I wanted to do so much more than I could.” 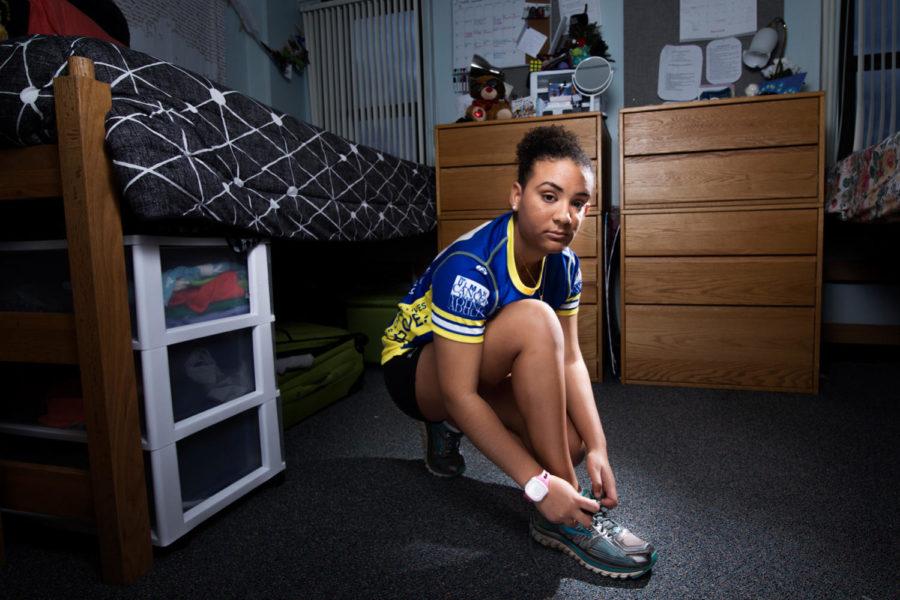 Henderson’s mom and aunt have fully recovered, but it took Henderson a long time to feel comfortable talking about her experiences with cancer. In her first and sophomore years of high school, she was frustrated.

Her mom, Carolyn Henderson, said her daughter has felt strongly about making a difference — especially in something that’s affected her and her family directly. She doesn’t want to be seen as special, or as a victim. She wants to be seen as a survivor and a fighter.

“Having gone through cancer at such a young age, a lot of what she was feeling at that time was never expressed because she was so young,” Carolyn said. “Now that she’s a young adult, she feels like she can do something about it.”

In the spring of 2017, another of Henderson’s aunts was diagnosed with breast cancer. Soon after, she saw an advertisement for the 4K for Cancer program. With a renewed connection to the disease, she decided to apply on a whim in September, and received her acceptance a month later.

When she was accepted, she said she was “really freaking out,” having only run 10 miles at a time before. Since then, Henderson and her team have since developed a training schedule that includes running for at least 30 minutes a day.

During the 4K, Henderson’s team will wake up before 5 a.m. and run from the morning until the afternoon. They’ll run six to 16 miles a day in a relay-style format — that is, two members at a time will run in two-mile increments, while the rest of the team rides in a van. After two miles, the runners will switch off with two other team members. After their mileage is completed for the day, the team will participate in service and education events along their route in the afternoon.

Along with physical training, the team also has financial requirements to meet in order to prepare. They each have to raise $4,500 — of which Henderson has raised $4,160 — and host a bone marrow drive.

Henderson said her drive was very successful, and she registered 117 donors to the bone marrow drive registry, 92 more than the requirement. She said it’s more than just a summer run — it’s a whole year of preparation.

“I’m raising money, I’m educating myself … it’s a really good thing,” Henderson said. “When I do something, I want to give my all to it.” 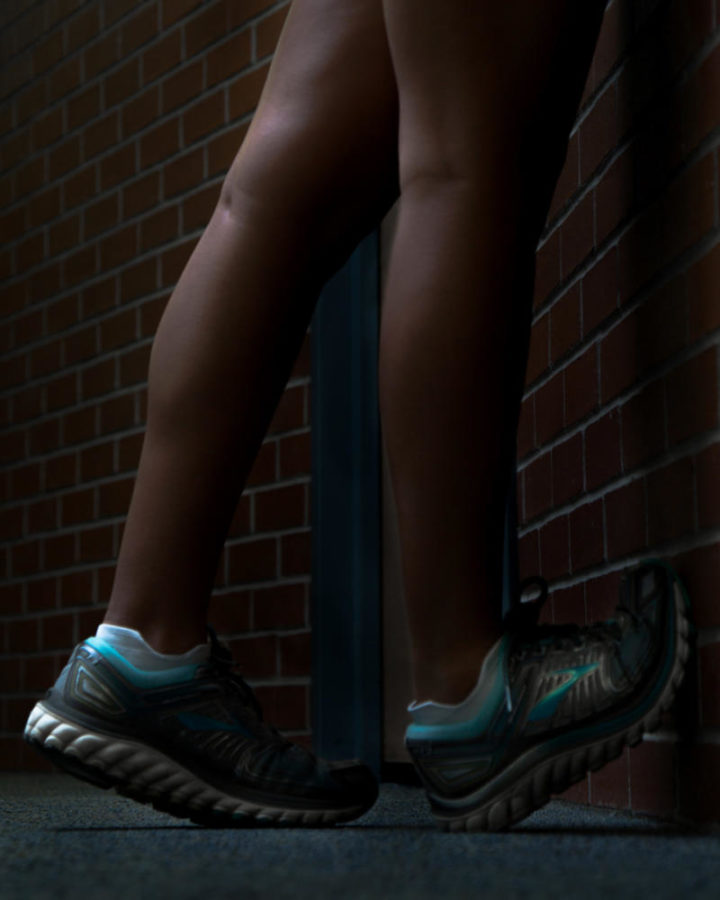 Preparing for the 4K isn’t the only rigorous thing in Henderson’s day-to-day life — she also balances school and multiple extracurriculars as well. She’s a part of the Emerging Leaders LLC — a living and learning community that provides a 10-week leadership certificate program and opportunities to connect with other students passionate about leadership.

“I do like to be a leader. I don’t mind public speaking, I like to speak my voice,” Henderson said. “I like to make sure that everyone is heard and everyone has a contribution. I like to include others.”

She is also involved with Strong Women, Strong Girls — a nonprofit organization that aims to empower young girls by providing a curriculum grounded in female role models. Once a week, Henderson mentors girls in the third through fifth grades. As a part of the program, they have a cheer they all say together.

“It goes, ‘I am strong, I am proud, I’m not afraid to shout it out loud!’” Henderson said.

On top of her positions in leadership, Henderson is involved in a research team. Mentored by Mary Margaret Kerr, a professor in Pitt’s School of Education, Henderson’s team’s current project looks at the role that interpreters play in children’s experiences at memorials of painful history, such as the Johnstown Flood National Memorial in Johnstown. Kerr said despite the heavy material, Henderson is high-energy, upbeat and positive.

“She likes doing research that she thinks is going to make a difference,” Kerr said. “I think that’s what initially brought her to this research.”

Henderson said she hopes to pursue a career in health care and continue the fight against cancer as a pediatric oncologist — a doctor that specializes in treating childhood cancer.

“My story’s not finished. I fought and I won, and now I’m still winning,” Henderson said. “I’m not done with this fight yet.”