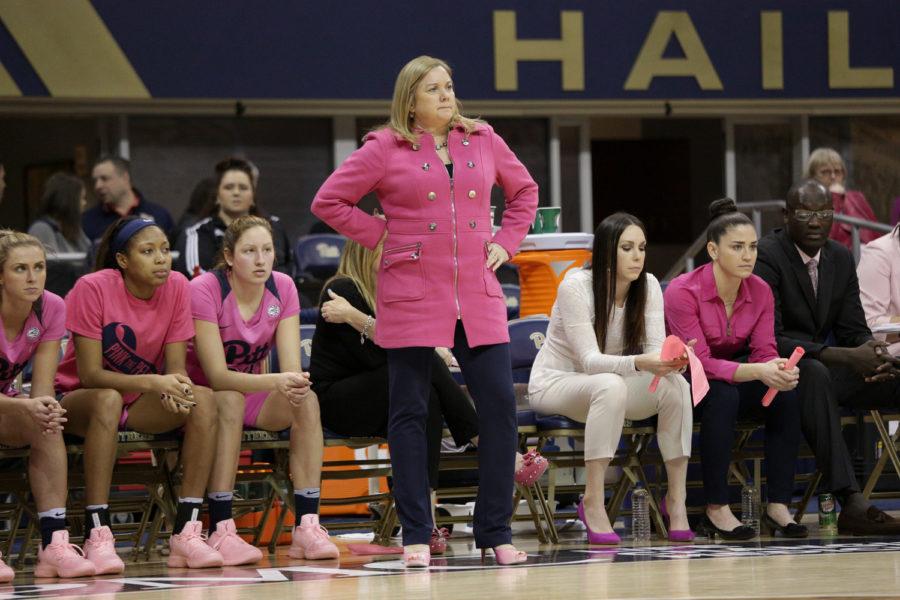 McConnell-Serio — who served for five seasons with the Panthers — compiled a 67-87 overall record and went 22-58 in the ACC while at the helm. The firing comes after a lackluster season for the Panthers, going 10-20 overall and 2-15 in conference.

Pitt bowed out in the first round of the ACC tournament in what is now McConnell-Serio’s last game as head coach, losing to Wake Forest 72-38. It was also the Panthers’ fifth loss of the season by more than 30 points.

“We thank Coach McConnell-Serio for her contributions to Pitt and wish her the very best in her future endeavors,” athletic director Heather Lyke said in a press release.

The Panthers have seen a slow decline over the last three seasons, with their last winning season being in 2014-15 — McConnell-Serio’s second year with the program.

The McConnell family has been a staple of the program in recent years. While at Pitt, McConnell-Serio tabbed her sister, Kathy McConnell-Miller, as assistant coach, and coached both of her daughters, Madison and Jordan Serio, during their time at the University.

Prior to Pitt, McConnell-Serio served as head coach for the Minnesota Lynx of the WNBA from 2003 to 2006. She later served the same role for Duquesne University from 2007 to 2013. She is a 2008 inductee in the Women’s Basketball Hall of Fame and coached the United States U18 Women’s National Team to a gold medal in 2016.

Next year’s Panthers will return 13 of 14 players from this year’s roster, including redshirt junior forward and team leading scorer Yacine Diop and junior center Kalista Walters who led the team in blocks. Only senior guard Aysia Bugg won’t be returning.

Pitt will also bring in a recruiting class that features four-star guard Jahsyni Knight. The class is rounded out by three-star guards Tehya Lyons and Ismini Prapa.

A national search for a new coach will commence immediately.