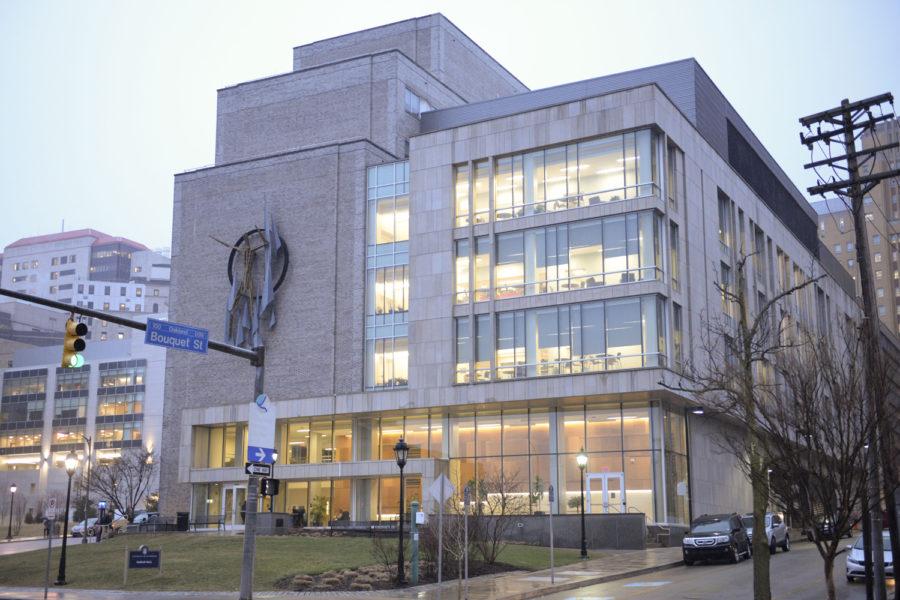 To the entire Pitt and Pittsburgh community:

We would like to respond to the Thomas Parran panel. Dr. Susan Reverby argued at the panel that just removing his name from the building allows us to forget what he did and how we might be susceptible to similar ethical violations. However, under the status quo, the forgetting is almost complete as we have not grappled with the difficulty of Parran’s legacy in any of our formal coursework.

We agree with the point made at the panel that the moral and ethical failings that produced Tuskegee and Guatemala are systemic. However, it is Parran’s name on the building, not the system’s. Keeping his name there is injurious and shields us from our individual and institutional legacies of white supremacy and medical racism. To dismantle this system, we start by removing his name.

After removing the name, we can continue by incorporating robust ethical education of our public health practitioners and human participants researchers. A plaque is not enough. A web page is not enough. We need a living, breathing ethics curriculum, incorporating an understanding of Parran’s life and contributions — positive and negative — to our field, what he did in relation to Tuskegee and Guatemala, and, as was pointed out by Mr. Gregory Dober at the forum, how those studies were similar to war crimes committed by Nazi and Japanese doctors during World War II. Both the war crimes and our scientific ethical violations laid the groundwork for modern research ethics principles: respect for persons, beneficence and justice.

Dr. [Bill] Jenkins considered the difficulties of determining the un/ethical nature of the Tuskegee Study. While we appreciate the complexity, the jury is no longer out: the Tuskegee and Guatemala studies have been thoroughly investigated and found to be unethical, and individuals at all levels of involvement found to be culpable.

Thus, we must consider the message Pitt sends if the name remains. Dr. Kirk Savage reminded the audience that Parran had great responsibility in his role, and to honor him with a building name is to actively devalue the lives and experiences of those harmed through his research. Our monuments are ways that we demonstrate our values as a society. Pitt Public Health’s mission strives to achieve health equity for everyone. Some of the values underpinning public health ethics include: working with the community to improve public health, community trust being critical and that community members being able to give input to important conversations. The legacy of Tuskegee is to reduce trust in medical researchers and clinicians, thus worsening health and arguably impacting life expectancy.

Keeping Parran’s name on the building is in direct opposition to our values and ethics and has demonstrable negative impacts on trust, health and training the next generation of diverse researchers. The University and Pitt Public Health are losing amazing talent in the form of prospective students, postdocs, faculty and staff because of this. Why doing what is right should take panels, committees and meetings is unclear to us. In a New York Times article from 2013, the administration said that after non-public deliberations, they decided not to change the name. It is unsettling that this building continues to bear Parran’s name without the transparency this decision warrants.

We believe this difficult conversation is an opportunity for the Pitt community to demonstrate positive leadership, and we eagerly anticipate administration collaboration to address these concerns.

Dean Burke’s original January letter to the Office of Diversity and Inclusion mentioned a community town-hall event. We are disappointed that opportunities for democratic input and participation were severely restricted at last week’s panel. Attendees had to write questions on notecards, but the moderator selected which ones to ask, and even this time was extremely truncated. Inviting community participation in this panel appeared an afterthought. Tuskegee and Guatemala remind us that when we as scientists recede into elitist practices and do not stay connected with the people who we serve, we fail.

We are a group of students fighting for diversity, inclusion, respect, transparency and democracy through a graduate worker union. We have collected over 1,200 signatures (online and hardcopy) in favor of removing the name and holding an open, transparent and democratic process for choosing a new name. We plainly disagree that the decision to remove the name is a decision that a chosen few can arrive at through only a careful parsing of the facts; the decision to remove the name involves an explicit value judgment. We and 1,200 members of the Pitt and Pittsburgh communities have made our value judgments clear: we think the name should be removed. We hope that those who are in favor of retaining the name will state their position publicly and unequivocally as well. In the spirit of transparency, democracy, respect for persons and justice, we encourage you to write a letter to the committee regarding your position on this issue and email it to: [email protected] with “attention ODIRC re: Parran Hall” in the subject line.