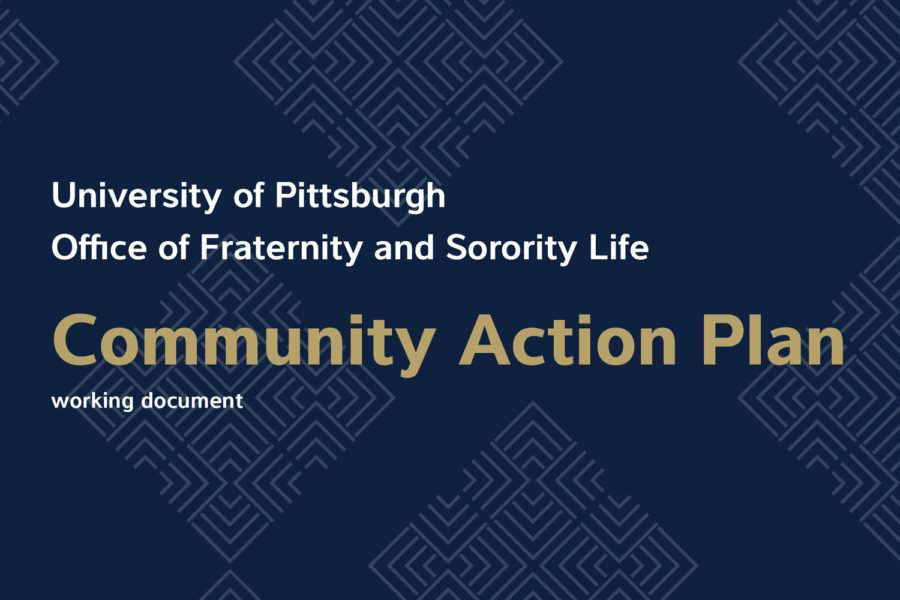 Following a nearly semester-long social probation, fraternities and sororities will be permitted to resume normal operations in the fall 2018 semester, but with a few changes.

Dean of Students Kenyon Bonner barred all Greek organizations from serving alcohol through a modified social probation in January and said Student Affairs would be evaluating the future of Greek life at Pitt. Now, with the announcement of the working action plan, Bonner said he believes “significant progress has been made.”

“I’m proud that the fraternity and sorority community has embraced this process and has been so engaged,” Bonner said in a statement. “I’m confident we will have a plan in place that helps to provide a safer environment for our students.”

The working action plan is available for public review and comment until April 11, and the final plan will take effect for the fall 2018 semester. Greek organizations will remain on modified social probation until the process is completed, according to spokesperson Kevin Zwick.

If the plan is enacted as written, Greek organizations would be required to register events of all kinds, including social events both with and without alcohol, philanthropy events and recruitment events.

Greek organizations would be required to serve “unsalted food and non-alcoholic beverages” at any chapter event with alcohol, which would be limited to one registered event per weekend. The plan also requires a minimum of 10 sober members at events with alcohol, and prohibits hard liquor at all Greek life events.

The Interfraternity Council recruitment process would also be formalized, delayed and extended, according to the document.

Before joining a fraternity or sorority, all new members would be required to attend a “Greek 101 session” which will cover new member requirements as well as sexual assault prevention and hazing education.

Currently Pitt’s course directory does not include listings for either, but at schools like Cornell University, Greek Leadership Academy is offered as a one-credit class.

Greek organizations would also see proactive actions like the introduction of a President’s Retreat to be held in September 2018.

The plan also focuses on training Greek life advisers through resources such as webinars and newsletters.

The plan proposes ways to enforce the educational and policy sections, including a third-party external review of Greek life “from a macro to a micro level.” According to the working action plan, all findings from the study except individual chapter-level recommendations would be made public.

Each Greek organization would also be required to submit a “scorecard” to the Cross Cultural and Leadership Development website in the summer of 2018, which would include conduct standing, academic statistics and community service statistics for each chapter. This would be publicly available on the CCLD website.

Finally, the working action plan proposes additional support for the Greek community, including a plan to increase “utilization of Student Affairs Marketing” to promote community achievements with a quarterly newsletter. The plan also proposes academic award ceremonies to recognize members of Greek honors societies and members on the Dean’s List.

The plan would require all advisers to make at least one visit to their chapter per semester, and all chapters to have a “professional academic mentor.”

The plan also proposes a variety of other actions, including making more campus spaces available for social events with alcohol.