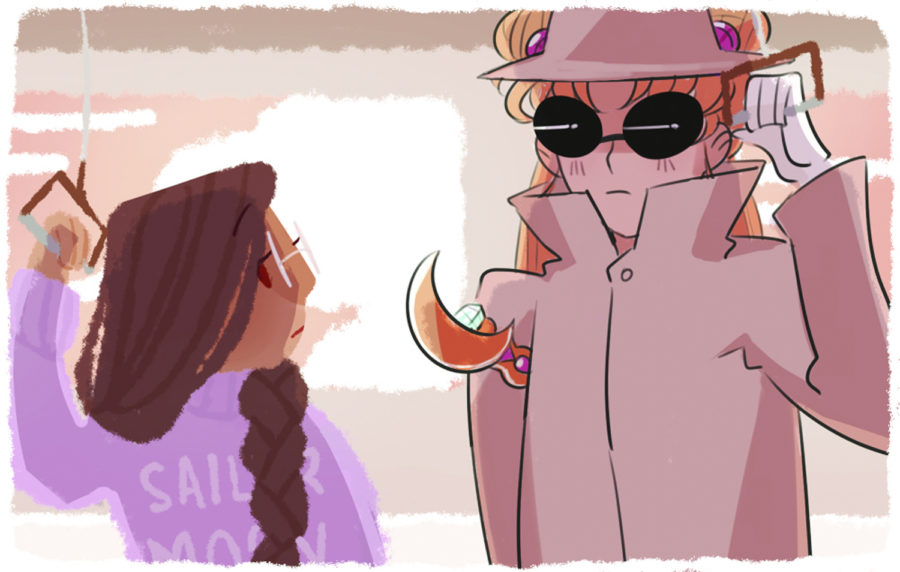 As I stepped into the mysterious pod, ready to pilot a giant robot and fight squadrons of other giant robots, my life felt complete.

My recent gaming experience at Tekko 2018, the 16th annual Pittsburgh Japanese cultural convention, probably wouldn’t have been possible without anime’s current impact on the United States. The gathering — in a city like Pittsburgh, where people of Asian descent make up only 4.4 percent of the population — brought East Asian culture to a group of people who might not have otherwise experienced it.

As a kid growing up in Pennsylvania, I watched a lot of Japanese animation shows such as “Dragon Ball Z,” “Gundam” and “Naruto.” These shows featured strange yet fascinating characters with complex motivations and interesting worlds. The protagonists of these shows faced seemingly impossible odds, and through tenacity and determination they overcame their limits.

The recent rise of anime in the United States is in many ways surprising. In the past, it had a very small following here, with critics labeling it childish or even inappropriate. The English dubbing process, which is the translation and lip-synching of Japanese shows into English, received very little respect, and the shows were sold in expensive VHS tapes at the corners of video stores.

But as it becomes more profitable and popular, anime has proven to be a boon to the diversity of cultural conversation. A form of entertainment from another culture is having a positive impact on our culture, which enables our society to break down the borders dividing us and become more diverse and tolerant.

When anime films such as “Akira” and “Ghost in the Shell” made their way into America in the early ’90s, they influenced — and continue to influence — the themes, designs and narratives of important American films and television shows spanning genres like “The Matrix,” James Cameron’s “Avatar,” “Chronicle,” “Inception” and “Stranger Things.”

Other factors such as Toonami — a programming block that aired anime on Cartoon Network from 1997 to 2008 and on Adult Swim since 2012 — and a better respect for English dubbing from companies like Funimation and helped create a bigger audience for anime in the United States. The growth of the internet helped make anime more accessible for American audiences and led to the creation of Crunchyroll, a streaming service dedicated to anime, and Netflix making its own original anime, such as “The Seven Deadly Sins” and “Devilman Crybaby.”

Today, newer anime series like “Attack on Titan,” “Sword Art Online” and “My Hero Academia” have quickly made their way into our mainstream culture, becoming even more recognizable than some American shows. Back in September of 2012, Crunchyroll had 100,000 subscribers. As of February 2017, that number has increased to one million.

That more people today are talking about shows from Japan than from their own country is a testament to the appeal of anime in the United States. Celebrities like Michael B. Jordan, Kim Kardashian, Kanye West and John Boyega have expressed their love of anime in different ways, including making references in their films, cosplaying as their favorite anime characters or even making fashion choices based off of favorite characters.

“My hair inspo,” Kardashian posted on Instagram of her pink hair, along with a picture of a character from “Darling in the Franxx.”

These people have strong voices in the entertainment industry, and a lot of people listen to them. When Kanye West makes a music video based on “Akira” and calls it the greatest anime film of all time, people are going to pay attention to “Akira” more.

This popularity has consequences outside view counts — watching anime makes us more likely to be racially and culturally aware. A 2014 study by the Munich Personal RePEc Archive showed that Korean adults who watched anime were more tolerant of their Japanese co-workers. This kind of acceptance is an example of the positive effect of anime’s presence abroad, and presumably in the United States, to some extent.

Anime’s influence has extended even to Hollywood, where American producers made a live-action adaptation of “Ghost in the Shell” last year with Scarlett Johansson in the lead role. The film had many issues — most noticeably its whitewashing — but the fact that Americans were interested enough to make an American adaptation of the film shows that anime’s stories hold a singular power to capture our imaginations.

The movie may have failed financially and critically, and Netflix’s live-action “Death Note” didn’t get good reviews, but it’s only a matter of time before studios make a good live-action anime adaptation, which will only further anime’s growth in the United States.

This isn’t just wishful thinking. The rocky state of live-action anime films is reminiscent of the first Marvel movies. While Marvel movies started out awful, disappointing even the hard-core geeks who were fans of the franchise, they worked their way up into commercial and critical success. The same thing can happen for live-action anime movies. It will be incredible to see what kinds of films producers can make based on anime series.

The passion for anime at last weekend’s Tekko 2018 convention proved it’s possible for anime to become mainstream and create a greater interest in foreign cultures. I look forward to the day when borders stop dividing us and we can start doing the “Naruto run” together.

Thomas primarily writes about visual media and gaming for The Pitt News. Write to him at [email protected].