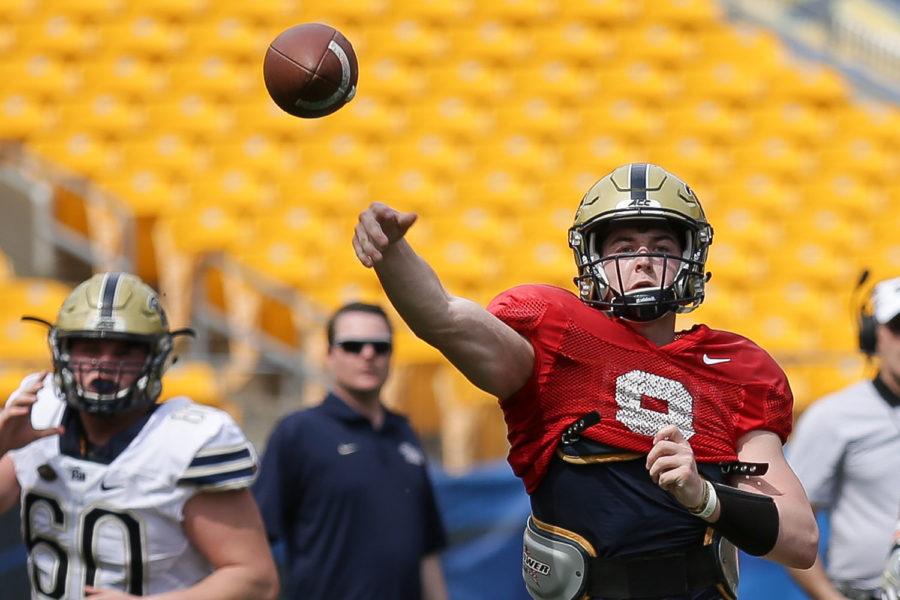 Pitt’s annual Blue and Gold Spring Game may be the first chance of the year for Pitt students, alumni and fans to tailgate and bring their favorite jerseys out of retirement, but it is also an opportunity to get a small taste of what the upcoming season will bring on the field.

This year was no different, as new faces and proven names demonstrated their defensive abilities — and some offensive weaknesses — this past Saturday at Heinz Field.

The Panthers’ defense shone all afternoon. The Blue and Gold squads combined for 13 sacks, with redshirt sophomore defensive lineman Patrick Jones II getting 2.5 alone. Pitt’s true defensive star of the afternoon was redshirt junior cornerback Dane Jackson, who sealed the game for the Blue team with a 60-yard pick-six of sophomore quarterback Kenny Pickett late in the fourth quarter.

The secondary play on both sides was also impressive, as many of the sacks were a result of tight coverage down the field. Assistant head coach Charlie Partridge noted how well the secondary as a whole played on the afternoon.

Offense did not come as easy for the Panthers. Both teams combined for only 194 yards of total offense with just eight yards rushing between them. Sophomore AJ Davis was the only running back able to find any consistency, finishing with 39 yards on 13 carries.

Each squad’s quarterback found passing the ball equally as difficult. Pickett finished 13 for 23 for 140 yards and one interception, while recent transfer and presumed backup Ricky Town went a rough 1 of 9 for just 46 yards. 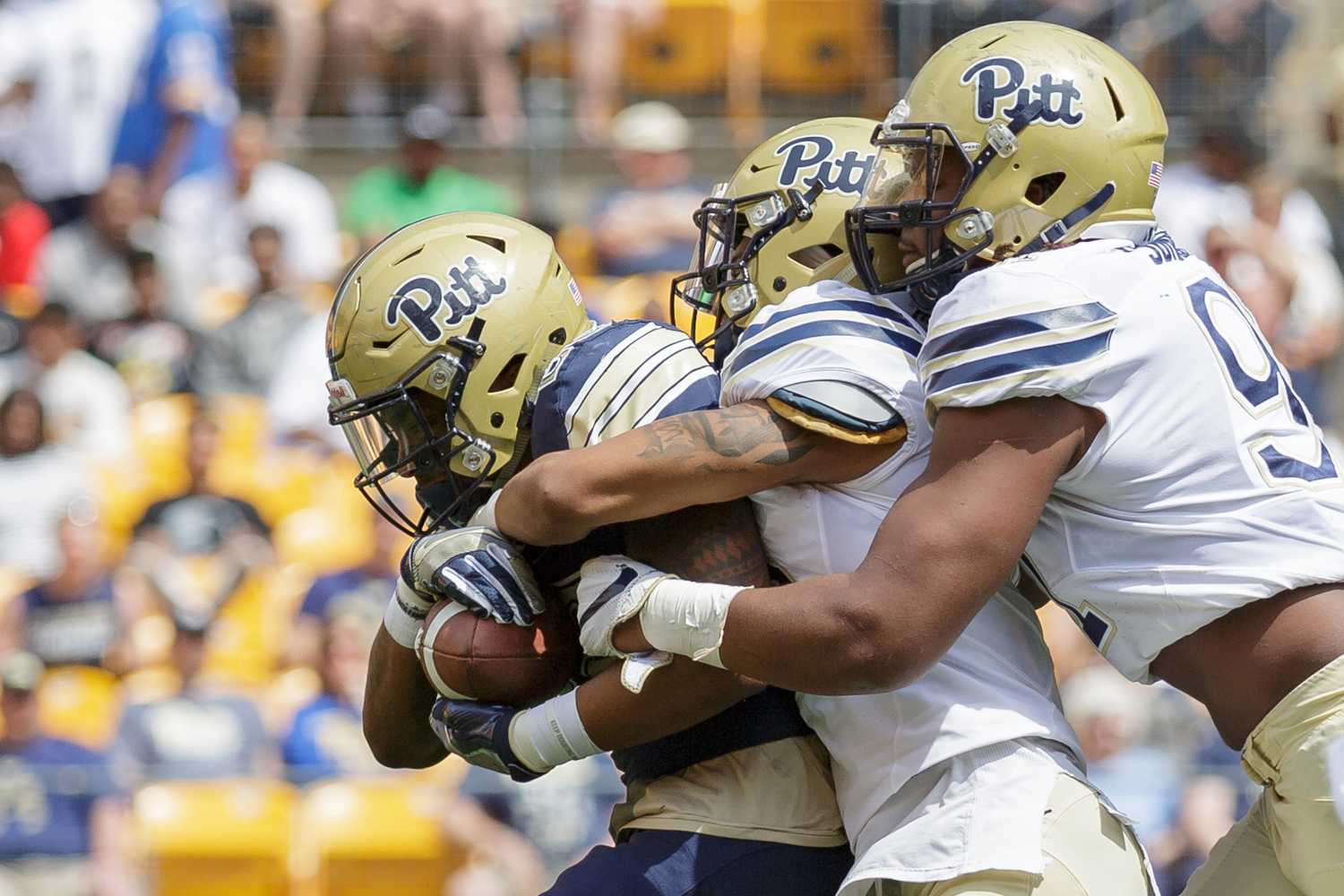 Ideally, Pickett and the offense would have found more success on the day, but the adversity they faced may actually prove beneficial for their young quarterback. Pickett has had one career start, which was in the 24-14 upset of the No. 2-ranked Miami Hurricanes last season. All he knows is success, feeling that sense of euphoria. Head coach Pat Narduzzi agreed that Pickett’s experience Saturday could help him in the long run.

“It is not a bad thing at all, sometimes it is good,” Narduzzi said. “Kenny ended so well and you have to learn to deal with that adversity.”

Narduzzi is right. Pickett’s experience at the collegiate level is limited, and his only meaningful playing time was during that singular game. Everything went right for him and his team, but that will absolutely not be the case next season. There will be losses and bad plays, and as the starter, it will be Pickett’s responsibility to lead his team through the highs and the lows.

While it is the spring game, the defensive clinic put on by the Panthers should not be undersold. This is a team that demonstrated significant improvements last season, after finishing as one of the worst defenses in the country in 2016. They are fast, athletic and two-deep at nearly every position. Their depth was on display Saturday, as both defenses held the opposing offense to just a field goal apiece.

Of course there were some quick whistles and Pickett would have likely escaped a few of the sacks in an actual game situation, but the pass rushers deserve credit. The dynamic duo of redshirt sophomore defensive end Rashad Weaver and redshirt senior defensive end Dewayne Hendrix had to be intentionally split up during the draft last Wednesday, and they will be an elite pass rushing tandem in the ACC next season.

Along with Jones II, they are just a few talented members of a rotation that could likely include eight to 10 players next season. With all of their talent, experience and depth, don’t be shocked if Pitt boasts one of the best defenses in the ACC. Pickett can already see it now.

“They’ll surprise some people,” Pickett said. “Going against them every day in practice has definitely gotten me better.”

Pitt will surely be tested next season. With high expectations in Narduzzi’s fourth season, and a treacherous nonconference schedule that includes Penn State, Notre Dame and last year’s national champion, UCF, Pitt will need to be at full strength come August.

The team has potential, but they need to capitalize on it. Saturday’s spring game showed flashes that this program is on pace and headed in the right direction.